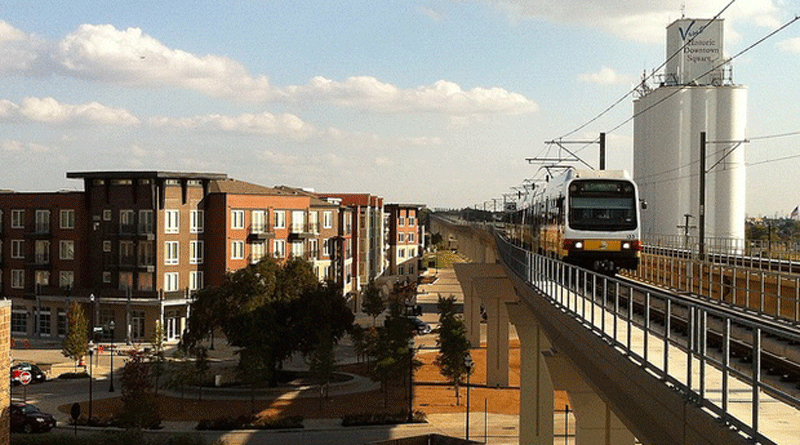 Welcome to a new feature on NJTOD.org, “What We Are Reading.”  Here, we will present some recent news and notes on transit-oriented development trends both here in New Jersey and nationally. 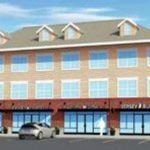 Apartments, retail proposed in Hawthorne
By Kristie Cattafi, The Gazette (Hawthorne Edition), January 29, 2015
The Bedrin Organization has proposed a six-building mixed-income, mixed use transit-oriented development on a site 1,300 feet from NJ TRANSIT’s Hawthorne Station. Plans for Rivergate include 244 units, including 22 affordable units, 6,000 square feet of retail and 4,000 square of office space. 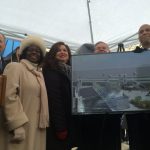 $55 million redesign, two-story building planned for Elizabeth NJ Transit station
By Katie Lannan, NJ Advance Media for NJ.com, January 12, 2015
On Monday January 12, 2015, Senators Cory Booker and Bob Menendez along with Representative Albio Sires joined officials from the state of New Jersey, the city of Elizabeth, and NJ Transit to announce new funding for the construction of a new Elizabeth station building and platforms on the Northeast Corridor Line.

Coalition mulls possibilities for ‘great urban spaces’ along NJ Transit line in Newark, Oranges
By Jessica Mazzola, NJ Advance Media for NJ.com, January 7, 2015
The Urban Essex Coalition for Smart Growth is working to encourage transit-oriented growth along a five-mile stretch of NJ Transit’s Morris and Essex Line at five key stations: Newark Broad Street, East Orange, Brick Church, Orange and Highland Avenue.  In partnership with the cities of East Orange, Newark and Orange, as well as NJ Transit, local businesses, colleges and non-profits, the Coalition will hold a forum on January 20, 2015 to further discuss efforts to promote the corridor. 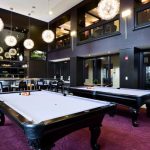 New apartments for affluent renters in Morristown
By Pamela MacKenzie, The Daily Record, January 6, 2015
A new luxury apartment building, Modera 44, opened on December 2, 2014 in downtown Morristown.  The property is located a little over a half- mile from the bustling town’s train station on NJ Transit’s Morris and Essex Line.  The complex’s studio, one- and two-bedroom apartments have a variety of amenities and have seen a lease up of about 25% in the first month. 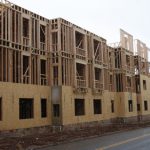 The ‘next Hoboken’? Carteret development fuels high hopes for lower Roosevelt
By Brian Amaral, NJ Advance Media for NJ.com, January 2, 2015
New development is coming to the northern Middlesex County borough of Carteret. Community leaders and developers are hopeful that new residential development projects will attract potential residents who have been priced out of other communities.  There are also efforts to highlight the proximity of the projects to NJ Transit Bus Route 116, which runs along Roosevelt Avenue with direct service to New York’s Port Authority Bus Terminal. 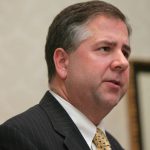 Somerville mayor sees momentum continuing in 2015
By Mike Deak, myCentralJersey.com, January 1, 2015
The mayor of Somerville, Brian Gallagher, discussed a number of positive developments in 2014 for the borough located on NJ TRANSIT’s Raritan Valley Line.  The continued revitalization of the downtown has progressed and led to new development efforts.  This includes the recent memorandum of understanding signed between NJ TRANSIT and Somerset Development for continued development within the transit village district on 35 acres adjacent to the borough’s station. 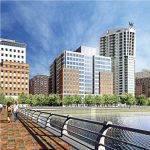 On the rise – Luxury apartments, office space kept sprouting in 2014
By Carlo Davis, The Hudson Reporter, December 28, 2014
A broad report on development activity across Hudson County including detailed coverage of a number of projects in key transit communities like Bayonne, Jersey City, and Hoboken. 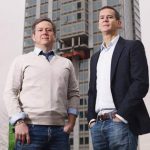 The builders: The Barry borthers are changing skylines and perceptions
By Joshua Burd, NJBIZ, December 22, 2014
David and Michael Barry, the heads of Ironstate Development, discuss their multiple project approach to real estate investment, seeking to create cohesive communities and neighborhoods. 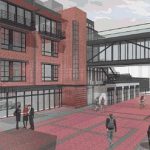 Car-Free Housing could come to historic Blagden Alley
By Cheryl Cort, Greater Greater Washington, January 27, 2015
Cheryl Cort, Policy Director for the Coalition for Smarter Growth, writes about a new micro-housing development proposal in the Shaw neighborhood of Washington, DC which will include 123 small studio units averaging only 380 square feet.  The project’s developers are hoping to eliminate all parking requirements and instead host a bike-share station, car-sharing and display real-time transit information in the building.  In addition, they will be including 11 low-income units to provide additional affordable opportunities. 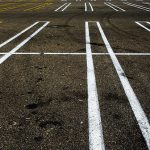 Just Because You Can’t Find a Place to Park Doesn’t Mean There Aren’t Way Too Many Parking Spots
By Eric Jaffe, CityLab from the Atlantic, January 14, 2015
A new analysis of 27 mixed-use areas finds that parking in U.S. metro areas is, on average, oversupplied by 65 percent. 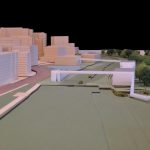 Alexandria gets $50 million state loan for Potomac Yard Metrorail station
By Patricia Sullivan, The Washington Post, January 14, 2015
The Virginia Commonwealth Transportation Board voted on Wednesday to give the city of Alexandria, Virginia a $50 million low-interest loan to fund the construction of a new Metrorail station on WMATA’s Yellow and Blue lines.  The proposed station site is located adjacent to a number of infill development opportunities.

What Does Living ‘Close’ to Transit Really Mean?
By Eric Jaffe, CityLab from the Atlantic, January 12, 2015
A new study by Arthur Nelson at the University of Arizona that assessed office rents near transit in Dallas, suggests that the benefits of TOD may extend beyond the tradition half-mile radius, perhaps even up to one-mile.