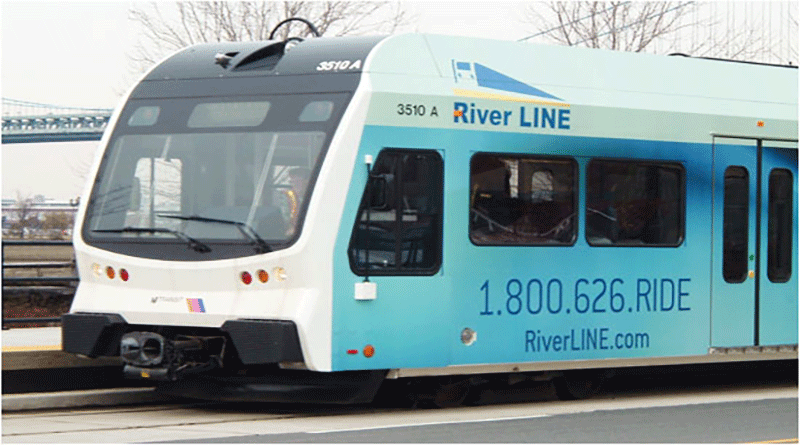 A planning study and intensive public participation process, sponsored by Burlington County, have produced a proposal to build approximately 200 new residential units and between 25,000- and 30,000 square feet of new commercial space near the Beverly/Edgewater Park RiverLine station. Presented to the public in October, the plan is part of Burlington County’s effort to revitalize communities along the RiverLine/Route 130 corridor.

Transit-oriented development surrounding this station is challenging for two reasons: the site, currently occupied by vacant underutilized buildings, is located in two different municipalities; also, the site is a half-mile distant from each municipality’s downtown. The plan specifically calls for the development of a transit-oriented village with residences to be marketed to aging baby boomers and older couples approaching retirement. The commercial space would likely be used for small cafes, restaurants and retail stores. The residential and commercial space would be built in both Beverly and Edgewater Park. The study will also recommend streetscape improvements to be made along the half-mile section of Cooper Street that connects the station and downtown Beverly in order to encourage people to walk between the downtown and the light rail station.

The process began in September 2006 when representatives from Whitman, Requardt & Associates (WR&A) of Wilmington, DE, an engineering, architecture and planning firm, gathered input from residents and public officials in both communities. Basile Baumann Prost Cole & Associates, an economics and real estate development advisory firm, has also been involved in the process.

“This was a very highly public-driven process,” said Jeff Riegner, of WR&A. “We got some practical stuff, some crazy stuff and some stuff in-between. Residents really want development that is going to build on some of the neat, small-town fabric that Beverly has right now.”

Both Riegner and Mark Remsa, the county’s director of planning and economic development, said the plan has been well received by the public. Because Beverly is only 0.6 square miles, Remsa said the entire community has the potential to be transit-oriented. The Beverly City Council recently adopted a redevelopment plan, which includes many of the zoning and other changes needed to implement the recommendations made in the study. Remsa said the next step is for officials in Edgewater Park to adopt a similar plan for their community.

“You don’t get buy-in from a community unless there is public participation,” Riegner said. “These plans never work unless the community owns them. Although this started as a county effort, I believe this became a town effort by virtue of the participation they had.”