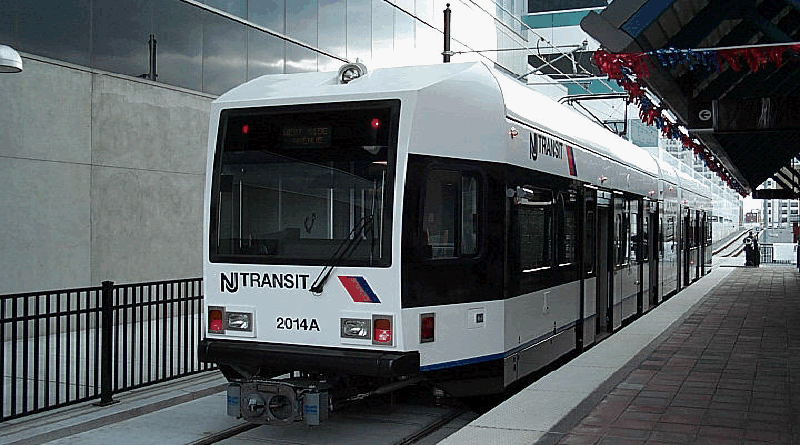 The Delaware River Port Authority (DRPA) presented its recommendations in May for introducing a PATCO light rail service between Camden and Glassboro. The goal of the project is to help rapidly growing Gloucester County accommodate population growth and reduce traffic congestion. Passengers would transfer at the Walter Rand Transportation Center in Camden for NJ TRANSIT’s RiverLINE trains to Trenton or PATCO’s High Speed Line, which the DRPA now operates between Philadelphia and Lindenwold.

The DRPA’s preferred route for the PATCO extension, also recommended by the New Jersey Office of Smart Growth and the State Planning Commission, would use Conrail tracks that run 18.5 miles between Glassboro and Camden; the line would serve Glassboro, Pitman, Mantua, Wenonah, Woodbury, Woodbury Heights, Deptford, West Deptford, Westville, Bellmawr, Brooklawn, Gloucester City, and Camden. The alignment linking downtowns would allow the placement of stations within walking distance of large Gloucester County employers, such as Underwood-Memorial Hospital in Woodbury, and Rowan University in Glassboro, increasing commuting options for employees, and presenting numerous transit-oriented development opportunities.

The Office of Smart Growth and the New Jersey State Planning Commission recommended this alignment, because it was superior for promoting downtown community development, serving populations with limited mobility and conserving the state’s natural resources. The other two alternative alignments would utilize highway medians along I-76 and Route 42, with one continuing along the Atlantic City Expressway and the other utilizing Route 55.

The plan came at the end of a two-year alternatives analysis and planning study undertaken by DRPA to identify transportation needs and solutions for southern New Jersey, resulting in five alternatives along three routes. The study concluded that the preferred alignment would improve accessibility to jobs and employment centers, reduce roadway congestion, better utilize existing highway medians/shoulders and railroad rights-of-way, and enhance connectivity to recreational areas.

If the project gets built, planners say the first phase between Camden and Woodbury could be operational within five years. The second half from Woodbury to Glassboro would take an additional five years or more to complete. Governor Corzine has promised to make $500 million available from the Transportation Trust Fund.

The proposed rail line is the centerpiece of a $2 billion South Jersey public transit plan announced in May. The plan also calls for express bus lanes (Bus Rapid Transit) on highly congested I-676 and Routes 42 and 55, and improved rail service on NJ TRANSIT’s Atlantic City Line, with a transfer station at the PATCO Woodcrest station in Cherry Hill and a connection to Atlantic City International Airport.

TOD and Complete Streets Work Together

July 31, 2011 Steph_Admin Comments Off on TOD and Complete Streets Work Together