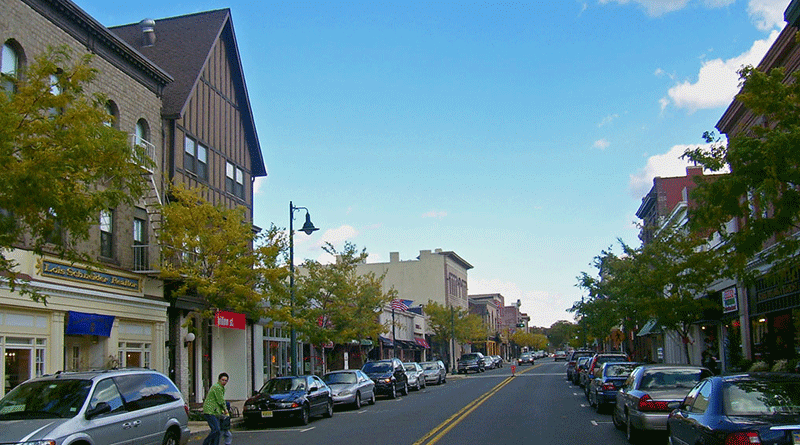 In September 2013 Summit became the newest designee in the NJ Department of Transportation’s (NJDOT) Transit Village Initiative. Situated on NJ TRANSIT’s Morris & Essex Line, Summit is attractive to residents and developers alike for its traditional town center and its easy access to New York City. More than 21,000 residents make Summit their home – many attracted by the Midtown Direct service to New York Penn Station. The importance of this service is clear; average weekday ridership has more than doubled since Midtown Direct service began in 1996. More than 3,600 passengers board one of 68 trains to New York City each weekday. Typical weekday travel time is 40 minutes aboard an express or 45 minutes on the local train. Riders also can board trains bound for Hoboken, also 40 to 45 minute ride.

Summit has already demonstrated its commitment transit-oriented development. The downtown was recently designated a historic district, and current zoning of the transit village area includes the central business district (bordering the train station) and permits multi-family housing as well as office, retail and public uses. Work has begun on a new office with ground floor retail project at 466 Springfield Avenue, about a block and half from the Summit Station. In the planning stage is the Village Courtyard at Franklin Place project, a multi-family residential development slated for the site of a former car dealership, about a block from the train station. According the Summit Planning and Zoning office the project’s developer/architect, The Biber Partnership, is in the process of submitting its plans to the planning board for review.

Other redevelopment plans focus on streetscape, parking, and pedestrian amenities downtown. Plans will implement Complete Streets (see NJTOD.org article “TOD and Complete Streets Work Together”) principles that provide safe accommodation of all road users, including pedestrians and bicyclists. The city anticipates adding bicycle racks to the Transit Village area and bicycle lockers near the train station. Other street improvements will increase on-street parking and pedestrian signage and will bring traffic calming enhancements such as bump-outs and updated road striping.

These kinds of improvements are predicated on sound planning, in the past and moving forward. This fall Summit began a planning study of the downtown and the surrounding areas to develop a strategy for on future land use, transportation, marketing, and economic development. The study seeks strategies that will improve the downtown while protecting existing attributes, including its Transit Village characteristics. The city is seeking input from stakeholders and community members to understand issues that are important to residents through a number of town meetings where discussion will focus on future development in Summit.

As a Transit Village, the city will be eligible for priority funding and technical assistance from state agencies and certain NJDOT grants. NJDOT allocated $1 million in 2014 for funding to municipalities designated as part of the Transit Village program. In 2013, five municipalities shared the funds for improvement projects. This funding and technical assistance will help the city advance its plans for the downtown, contributing to the livability and high quality-of-life of Summit and enabling residents and visitors to live, shop, and recreate in downtown Summit.