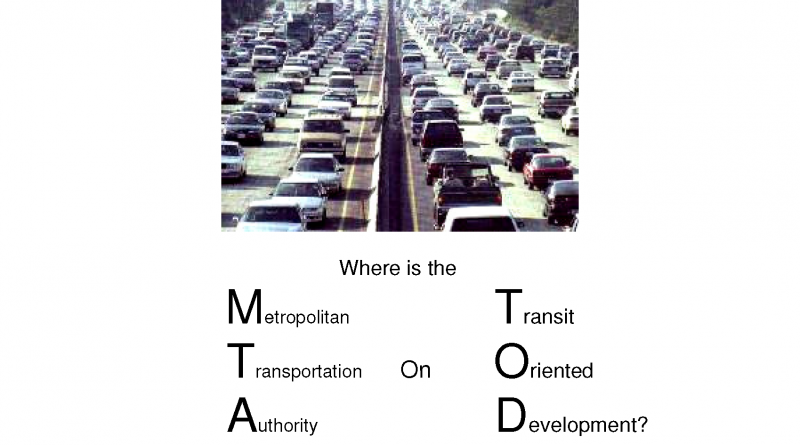 In November 2006, the NYU Wagner Rudin Center for Transportation Policy & Management hosted a public forum on Transit-Oriented Development (TOD) in the New York metropolitan region, focusing specifically on a new research report, Where is the Metropolitan Transportation Authority on Transit Oriented Development? Amongst the speakers was Vivian Baker, Assistant Director for Transit Friendly Land Use & Development for NJ TRANSIT and a member of our editorial board. Compiled by the MTA’s Permanent Citizens Advisory Committee, the report discusses the benefits of and obstacles to implementing TOD and explores the TOD involvement of the State of New York, the New York Metropolitan Transportation Council (NYMTC), MTA Headquarters, the Long Island Rail Road, Metro-North Railroad, and NYC Transit. It examines TOD initiatives in other large urban areas throughout the United States and discusses practices that could be adopted by the MTA and its operating agencies. The efforts highlighted in the report included many from New Jersey, such as NJ TRANSIT’s Transit Friendly Communities pilot program and its ongoing efforts to redevelop land adjacent to stations. Another featured program was the Transit Village Initiative, led by the NJ Department of Transportation with a consortium of state agencies. This newsletter, Transit-Friendly Development, was also cited. Finally, the report presents recommendations for actions that the MTA and its agencies can take to facilitate TOD and to share in its benefits.
Link to the PDF.