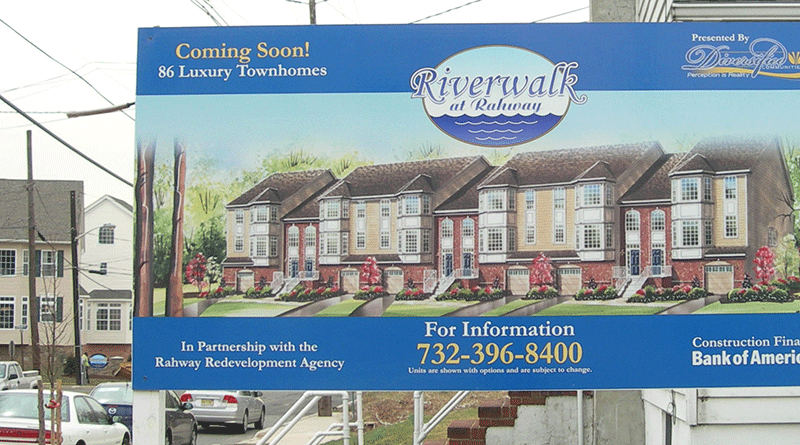 To more fully understand the current trends in the New Jersey and national housing markets, we spoke with representatives from several different disciplines–housing economists and academic researchers, developers, appraisers and planners.

At the risk of stating the obvious, the housing market in the latter part of 2006 has softened considerably from the heady days of the previous five years. In recent months, reports have shown that many builders are feeling the pinch—earnings reports for many large homebuilders are down and one leading homebuilder has filed for bankruptcy protection.

Factors that have led to this housing market instability are numerous. There is general anxiety rising out of issues such as terrorism and military actions in Iraq and Afghanistan. Mortgage rates may still be near historic lows, but their slow rise over the summer may have helped to cool housing markets. National averages for a 30-year loan reached 6.88 percent in September, but have since dropped to 6.49 percent. New Jersey rates in mid-October were 6.44 percent on a 30-year fixed-rate mortgage. Coupled with this, we have seen $3 a gallon gas prices for the first time. While fuel costs have moderated — such that the current price of slightly more than $2 seems a bargain — consumers haven’t forgotten that we are just a hurricane or political conflict away from the return of record high prices. Looking more locally, ever rising property taxes have placed a considerable burden upon homebuyers, as New Jersey property tax bills are comparable to mortgage payments in other parts of the country.

The result of these shifts is an increased availability of homes—rising from a 4-month to a 6-month, or by one account, 9-month, supply. In certain areas, there is a significant oversupply—particularly in the high end of the market. Despite this slowing trend, strong markets do exist in highly desired locations, particularly those near transit. For example, housing along the Hudson River waterfront, enhanced by the Hudson-Bergen Light Rail and PATH services, is selling well and can be viewed as a real success story for transit-led development. New units in other TODs, such as Morristown, South Orange, Rahway, South Amboy, and Collingswood, also remain in demand because of their location in lively, walkable downtowns with quality transit service into New York City and Philadelphia.

New Jersey has not seen much reduction in the prices of homes — new or resale. But, it should be recognized that housing prices are “sticky” on the way down. Rather than lower their prices, sellers — both developers and individual homeowners — have began to incorporate incentives rather than cut prices. Some innovative owners have taken to offering vacations and other perks to attract homebuyers. Homebuilders add free upgrades, favorable financing, or cash incentives to bring in buyers. Yet, those offering new housing can only “adjust” prices so much, cutting their margins to make sales. Much of what factors into the cost of housing is determined years before construction begins. Land, financing and materials costs are often contracted five or even seven years before construction and limit how much builders can reduce their prices. Bear in mind that builders are competing nationally, and increasingly worldwide, on the price of materials.

There is also some disagreement amongst experts about the degree to which empty nesters are driving the housing market. Empty nesters are one of the markets that are attracted to transit-oriented housing. At least one expert cited age-restricted housing as one bright spot in the current market. But another suggested that this segment of the market might back away from moving to new quarters if they are not able to sell their large, suburban homes for top-of-the-market, well-appreciated prices.

New Jersey builders who were interviewed indicated that they are becoming more cautious—“If you’re not [already] in the ground, you’re going to delay [starting] until you can see where the market is going.” Indeed, building permit levels (the bellwether of future activity) are dropping in New Jersey and across the country. It was also pointed out that, while the overall housing market has some excess supply, certain parts of the housing market are, in fact, in need of additional units. One chronic shortage is housing for first-time homebuyers. It is very hard for these buyers to get into the housing market as there are few choices available in the $250,000-to-$300,000 range. According to Joanne Harkins, director of land use and planning for the New Jersey Builders Association, “if there is a ladder of housing affordability, the ladder is missing a few steps.” Unfortunately, much of the new residential TOD construction has been at the higher end of the market.

Many of those polled, however, see reasons for optimism about housing close to transit. TOD housing occupies a unique niche in the market, one that is not oversupplied at this time in many locations. Predictions are that this segment of the market will continue to do well so long as employment is strong and consumer confidence remains steady. According to James Hughes, Dean of the Bloustein School of Planning and Public Policy, “TODs are certainly not immune to the broader downturn in the market, but may fare somewhat better due to their unique situation near rail facilities — they should have an advantage” over other properties.

In New Jersey, all indications are that housing near transit will do better than other housing in a slowing market as more people seek to be closer to activity in town centers and avoid lengthy and expensive automobile commuting.