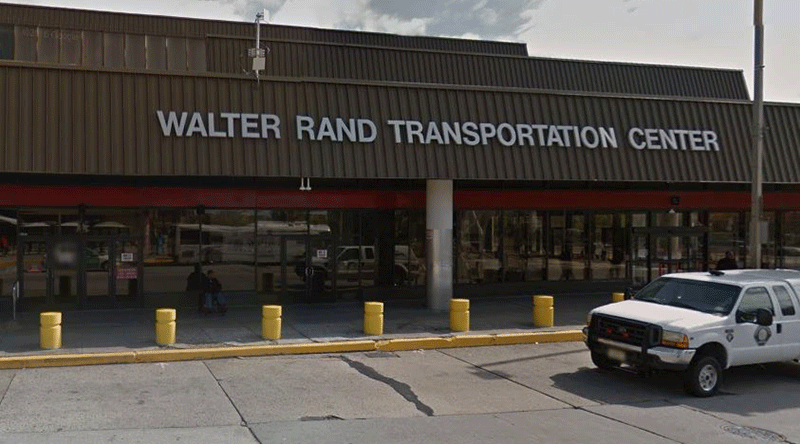 The Walter Rand Transportation Center (WRTC), located in Camden’s downtown, shows promise as an anchor of development in a city long regarded as the poster child for some of the state’s most intractable urban woes. The WRTC serves as Camden’s primary hub, connecting the Delaware River Port Authority’s PATCO Hi-Speed Line service with NJ TRANSIT’s RiverLINE light rail and bus routes. The PATCO Hi-Speed Line links Camden to its eastern suburbs and with Philadelphia; nearly 62,000 passengers boarded at the WRTC each month this year between January and August. The RiverLINE stops at four locations within the city, the Entertainment Center and Aquarium stations, both located along the waterfront, as well as the Cooper Street/Rutgers station and the WRTC. The RiverLINE connects Camden with towns along the Delaware River and with Trenton to the north (where passengers can transfer to Northeast Corridor service to Newark and New York.)

In 2005, Cooper University Hospital, the city’s largest private employer, embarked on an ambitious campaign to combine its plans for an expanded “health care” campus with efforts to support its neighbors—the Lanning Square/Cooper Plaza historic neighborhood and the Broadway downtown district—and to capitalize upon its proximity to the WRTC. Immediate additions to the Health Sciences Campus include a new 10-story Patient Care Pavilion and gateway park that form a new entrance into the campus. The Patient Care Pavilion is located on Martin Luther King Boulevard across from the WRTC. A covered walkway at the entrance extends from the building to the street edge. The new gateway park replaces an outdated parking garage that previously occupied the site. A new 1,600-car parking garage with ground-floor retail has been built at the corner of South Broadway and Benson Street, one block south of the transportation center.

Plans also call for construction of a number of new facilities in the Lanning Square/Cooper Plaza neighborhood south of the WRTC. These include the $50 million, 50,000-square foot Cooper Cancer Institute (at Haddon Ave and Newton St); a $136 million, 160,000-square foot expansion of the Robert Wood Johnson Medical School/UMDNJ (cattycorner to the new parking garage at South Broadway and Benson St); and a $50 million, 50,000-square foot biomedical research facility owned by Rutgers-Camden that will serve both the university and the hospital (adjacent to the medical school building, at Washington and South 5th streets). In July 2008, the Camden City Council approved a redevelopment plan for a 51-acre site in the Lanning Square neighborhood.

Cooper has joined with the St. Joseph’s Carpenter Society to renovate more than a dozen town homes in the neighborhood. The hospital is also assisting employees who are first-time homebuyers who purchase one of the newly renovated homes. Other new residences are being constructed by M&M Development. The three-phase project will result in 100 new homes in the Lanning Square/Cooper Plaza.