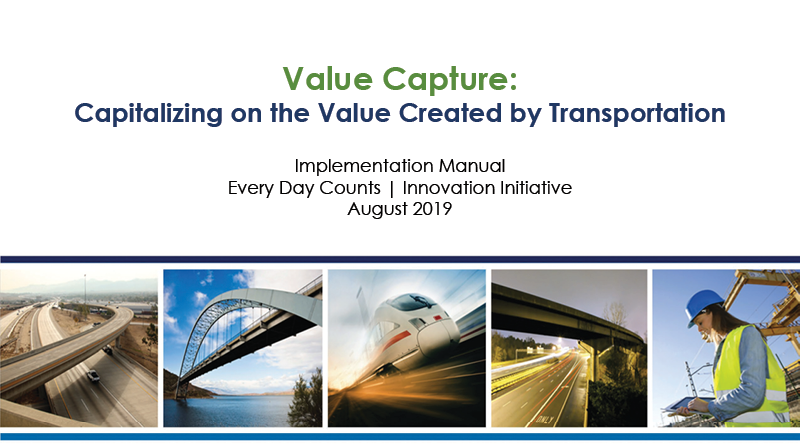 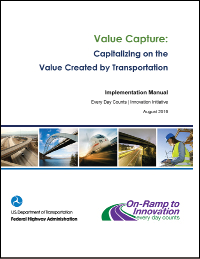 In short, value capture techniques can be used to secure some of the benefits delivered by public investment to offset the costs of provision. Value capture is more likely to succeed when community stakeholders support its usage and when techniques are considered early in the life of a project. Value capture can often be used to meet local match requirements for federal or state disbursements. 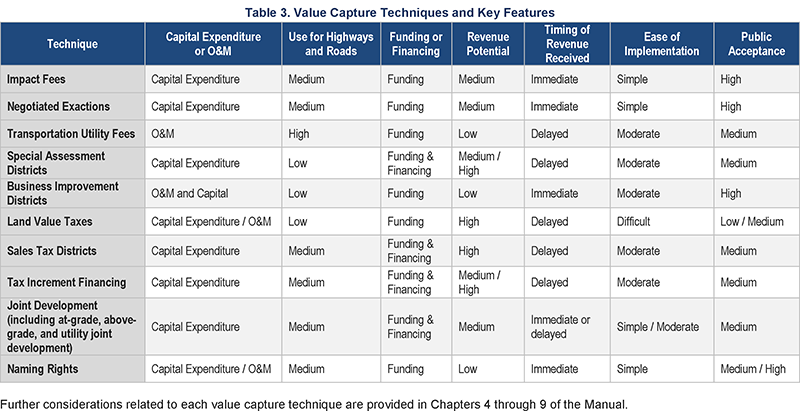 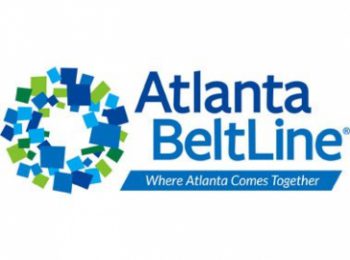 Atlanta stakeholders, including the city, county, Atlanta public schools, the Georgia Department of Transportation and the Metropolitan Atlanta Rapid Transit Authority (MARTA) are all working to advance the use of tax increment financing (TIF) for the BeltLine, a multimodal, 6,500-acre loop-style development built on a 22-mile rail corridor designed to connect 45 neighborhoods in the downtown. The manual defines a TIF district as “a geographic area administered by a special authority in which incremental property tax value increases from an infrastructure investment are captured to fund or finance the infrastructure investment.” TIFs are often pursued because they can yield significant revenues for capital projects through revenue-backed bonds. However, TIFs sometimes encounter public resistance and they do necessitate institutional capacity to manage. TIFs are often used for transit projects, typically in conjunction with transit-oriented development (TOD).

In Atlanta, the expansive initiative is estimated to achieve full phase completion in 2030, including transit, roadway improvements, bike lanes, pedestrian paths, and green space. Takeaways from the Atlanta initiative thus far include the benefits of frontloading key visible project developments as a means to increase project resilience and engender public support. TIF negotiations with the school system have been challenging, but ultimately an agreement was signed with schools to enable them to benefit from property tax increases, which addressed a source of public opposition to TIF.

Special assessment districts (SADs) have been used to support the Los Angeles, CA and Seattle, WA streetcar initiatives, and for the Washington, DC and Virginia Silver Line/Dulles Metrorail Corridor project and the Washington, DC New York Avenue Metro Station. The manual defines SADs as “a funding technique under which a fee is charged on property owners within a designated district whose properties are the primary beneficiaries of an infrastructure improvement.” SADs have been used for transit projects since the 1980s and are often pursued because they offer an opportunity to generate substantial revenue to help fund and finance projects. However, implementation costs can be high and significant outreach is often required for this value capture technique.

Los Angeles created a SAD to back a bond issued to finance the capital costs of their downtown Los Angeles 3.8 mile-loop streetcar project. Local business voted in favor of a special tax assessment, with properties in the district to be taxed based on their proximity to the streetcar line and their size, with most to pay less than $100 annually. Seattle, WA also employed a SAD that covered about half the project costs for their streetcar project. Local property owners were given the option to pay the assessment fees up front or over an 18-year period, with a 4.4 percent interest rate.

These and the other case studies examined in the manual offer insight on how transportation agencies, including transit providers, and their community partners can use value capture techniques to facilitate decision-making and secure some of the benefits derived by public investment.