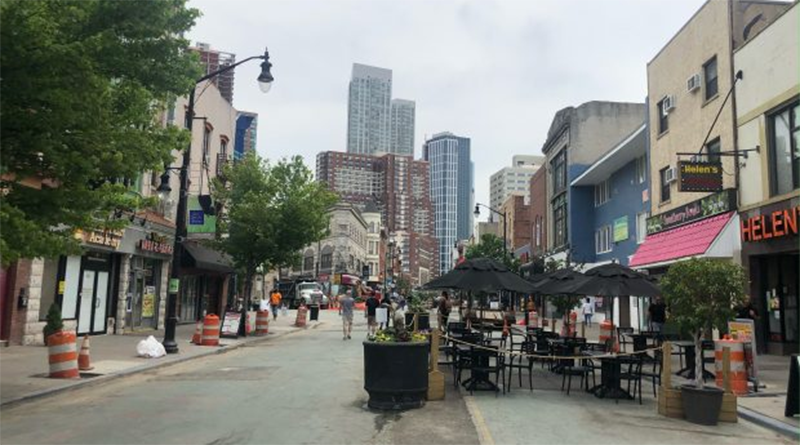 NJTOD.org advisor board member, Tim Evans, recently discussed the dangers posed when pedestrians and cyclists are left out of transportation system planning and steps that can be taken to address this disparity.

Last year was the deadliest year since 1989 for pedestrians and bicyclists on New Jersey’s roads. According to New Jersey State Police crash data, the statewide road fatality tally included 220 pedestrians and 23 cyclists, along with 373 vehicle drivers and 84 passengers. More than one-third of the deaths (243 out of 700, or 34.7%) were thus among people who were walking, bicycling, or rolling—our most vulnerable road users.

The last two years have been something of an anomaly, with a global pandemic drastically altering people’s travel behaviors and affecting their mental health. During the first months of the pandemic, a dramatic drop in car travel rather unexpectedly did not lead to a corresponding drop in traffic deaths, as the sudden abundance of wide-open roads seems to have induced drivers to behave more recklessly. And death rates have persisted as traffic has returned, raising questions about the potential staying power of bad habits acquired during the pandemic era.

Troublingly, however, pedestrian deaths had already been creeping upward before the pandemic began. An underappreciated factor in the increasing rate of road deaths among people other than vehicle occupants is the growing popularity of light trucks, mainly pickup trucks and SUVs. Because of their higher suspensions, heavier weights, and more vertical grilles, light trucks are more likely to kill a struck pedestrian as compared to cars and minivans. And some of these same design features also make pedestrians and cyclists harder to see from behind the wheel of a light truck, increasing the likelihood of a collision in the first place. As the number and size of SUVs and pickups have grown, the increase in pedestrian deaths has rapidly outrun the growth in total miles driven. Federal vehicle safety regulations presently do not take the safety of people outside vehicles into account, focusing only on protecting a vehicle’s occupants in the event of a crash.

The recent rise in deaths among pedestrians and cyclists highlights the degree to which the entire transportation system, deliberately or not, pays more attention to vehicles than to the people who use them or share street space with them. Part of the problem is a culture within state transportation agencies of prioritizing the movement of vehicles over the movement of people, even in places with a high density of destinations where many people are on foot (or bikes, or skateboards, or other non-motorized means of transport). Keeping vehicular traffic flowing between places is the purpose of highways, but local streets should primarily be about allowing people—mostly on foot—to circulate within a place, accessing a variety of individual destinations in one central location. Every driver, after all, becomes a pedestrian once they step out of their vehicle in the vicinity of their final destination. By designing local streets as if the primary goal is to maximize the volume of vehicles passing through a place rather than optimizing access to the destinations within that place, transportation professionals are prizing mobility over accessibility and forgetting what streets are ultimately for.

Vehicle design and safety standards may be the province of federal regulators and automobile manufacturers, but street and roadway design are under the control of state and local governments. While the federal government plays catch up in addressing the dangers posed to pedestrians and cyclists by the increasing size and prevalence of light trucks, there are things that New Jersey and its counties and towns can do in the meantime to reduce the likelihood and severity of vehicle-pedestrian crashes. Local officials, engineers, and transportation planners must start designing streets to convey the message that streets are places where people come first, and vehicles are secondary. Features like sidewalks, crosswalks, median strips, pedestrian-only traffic-signal phases, shade trees, and street furniture (benches, street lights, trash cans, bike racks, etc.) help make pedestrians and other non-motorized users feel safe and comfortable. Meanwhile, certain characteristics of the street itself, like narrow lanes, two-way traffic, and on-street parking, can serve to keep vehicle speeds down by encouraging greater driver caution, reducing the likelihood of serious injury in the event of a collision.

Here are some broad steps that state, county, and local governments can take to help make non-motorized travel safer:

If New Jersey is serious about reducing its carbon footprint to help mitigate the effects of climate change, a key part of the strategy should be finding ways to enable people to drive less. And encouraging people to drive less means making sure that alternatives to driving are convenient and safe. Prioritizing non-motorized users when designing local streets can help us cut our greenhouse gas emissions while saving lives in the process.