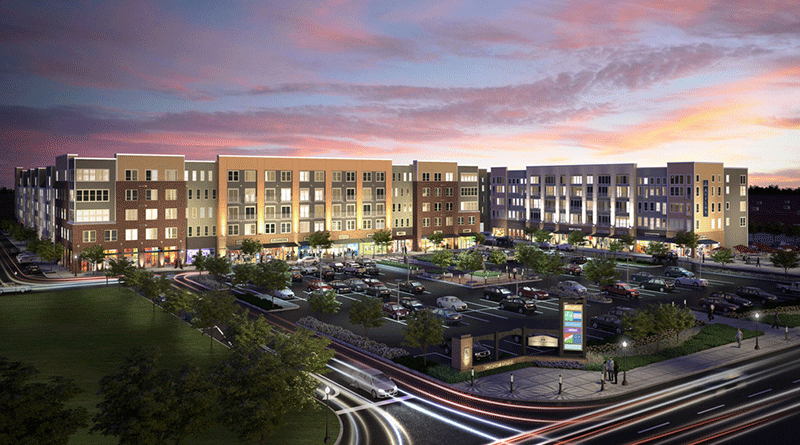 Redevelopment of the former site of the Curtiss-Wright plant in Wood-Ridge, NJ as a transit-oriented development is making progress. The development, called Wesmont Station, will mix residential, commercial, and recreational uses, all within walking-distance of a new train station that is only three stops away from Midtown Manhattan. In June 2008, NJ TRANSIT approved the addition of a station between the Rutherford and Garfield stops and close to the new development. Travel between Wesmont Station and New York Penn Station will take about 30 minutes.

Somerset Development, based out of Lakewood, NJ, leads the Wesmont Station project. Named the Master Redeveloper of the site in 2002, Somerset has put forward plans that were unanimously approved by the Wood-Ridge Planning Board in 2008. The plan for the site received NJ Future’s NJ Smart Growth Award in 2006, and in 2007 was chosen as a pilot project for the U.S. Green Building Council’s LEED Neighborhood Development Initiative.

However, by 2009 the progress had slowed considerably—the weak economy and poor housing market delaying the construction phase. While unplanned, the delay allowed time needed for a thorough cleanup of the former industrial sites. By 2009, $15 million had been invested for environmental remediation of the World War II airplane engine plant. Another cause of delay resulted from a legal struggle over a privately owned tract of land needed for construction vehicles to access the site.

Progress picked up again in April 2010 when Jacobs Engineering Inc. was awarded the design contract for the Wesmont train station, which will serve as the focus of the new neighborhood. Jacobs Engineering produced a design concentrating on pedestrian access and safety as well as efficiency.

More progress was achieved on March 23, 2011, when Somerset and the housing developer, AvalonBay Communities, broke ground on the project’s first apartment building. AvalonBay has been chosen to build four mixed-use buildings that will provide a total of 406 rental apartments above 27,000 square feet of ground floor retail, restaurants, and parking. Occupancy is scheduled for the second quarter of 2012. Ralph Zucker, President of Somerset Development, said, “This groundbreaking marks a great point of progress in what has been a nine-year redevelopment process thus far. AvalonBay’s luxurious apartments and abundant amenities will help tremendously in realizing our original vision for this vibrant community.” Somerset is also working with Pulte Homes to build 27 single-family homes, 36 townhomes and 11 live/work townhomes in the future.