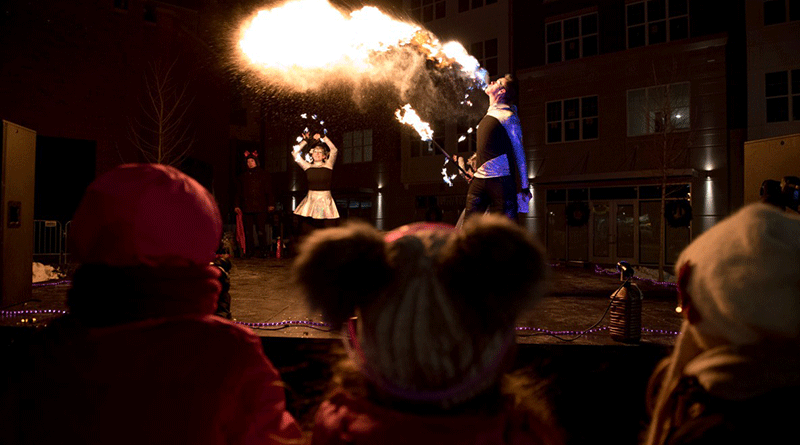 Recent redevelopment in Metuchen represents a leap forward for the community. The Borough is home to 13,870 residents, a growing downtown, and an NJ TRANSIT station. Each weekday, more than 3,500 passengers board at Metuchen Station to access a one-seat ride on the Northeast Corridor traveling to stops that include New York, Newark, New Brunswick, and Trenton. Bus service from downtown Metuchen connects riders to area shopping, employment, and educational destinations such as Menlo Park Mall, Woodbridge Center Mall, Raritan Center, and Middlesex County College. In 2003, the NJ Department of Transportation designated Metuchen a NJ Transit Village, and the community has since continued its effort to grow in a transit-friendly manner.

Foundational work occurred in the 1980s when Rutgers University students worked with community members to create a revitalization plan for downtown Metuchen that focused on clustered retail and residential development. The Borough changed its zoning laws to maintain clustered retail development and keep strip malls out of the downtown. One long-time community grocery, located within walking distance of the train station, closed down nearly a decade ago, leaving under-utilized a 6-acre parking lot site. The few nearby properties, including a hardware store and pizzeria, also vacated. The lot remained empty for many years, creating an opportunity for the Borough to welcome a new wave of community-oriented retail development near transit.

That redevelopment began around 2008, when Metuchen received a Smart Future grant of $50,000 to continue its public outreach efforts to support redevelopment. Metuchen applied for grants for the redevelopment of another surface parking lot, the Pearl Street Lot, and for a county open space grant for a public plaza. These planning and engagement efforts resulted in Metuchen Parking Authority’s sale of the Pearl Street Lot. Woodmont Properties won a contract in 2012 to redevelop the site into a mixed-use development called Woodmont Metro. When these plans were announced, “it signaled that Metuchen was serious about leveraging our transit destination and significant assets to create a more sustainable, vibrant downtown,” according to Metuchen Borough Administrator Jay Muldoon. Soon afterwards, Renaissance Properties was able to secure a lease with Whole Foods and other associated retail space. Mr. Muldoon says that other downtown residential developments have also moved forward to take advantage of the rail station and the safe, walkable downtown area. Several new restaurants have opened and existing Main Street businesses have expanded.

The first phase of development of Woodmont Metro involved construction of a parking garage by Nexus Parking Systems that features six-levels of parking with 769 spaces for residents, commuters, and shoppers. Retail, residential, and public space development followed soon after. Today, Woodmont Metro is open and comprises 273 apartments, a clubhouse, a courtyard swimming pool, indoor pet spa, barbecue, and grilling areas. One of the most prominent components of the site is the European-style plaza aligned with shops, the first of which is due to open in spring 2018. Designed through a public participation process, the plaza will serve as an anchor community space for downtown Metuchen. According to Looney Ricks Kiss Principal Jim Constantine, “The public plaza serves to extend community members’ stay on Main Street, as well as to connect Main Street to Whole Foods.” The Metuchen Downtown Alliance and the Borough hosted the 2017 New Year’s celebration as the plaza’s inaugural event. The plaza will be the site of future farmers’ markets, public programs, events, and concerts. Woodmont Metro received a Smart Growth Award from NJ Future in June 2017.

Despite a multi-year construction hiatus, the Whole Foods complex, known as the Renaissance Properties’ District at Metuchen, was completed in October 2017. “The Renaissance Properties’ District and Woodmont Metro projects have already had an impact on increasing induced pedestrian traffic downtown, since there are now exciting destinations worth walking to,” said Constantine. “These projects are fostering nearby investments in older buildings, which will have a positive ripple effect for reinvestment and infill development across the downtown area.”

In total, downtown Metuchen will gain about $100 million of commercial investment. According to the Metuchen Downtown Alliance, the Borough’s business improvement district and downtown management organization, over 50 new businesses have opened or expanded in Metuchen in the last two years. The district is comprised of 917,880 square feet of retail space spread across new development and the traditional downtown along Main Street. For example, a new commercial area adjacent to Whole Foods now includes several retail tenants. Whole Foods employs 160 full-time and part-time workers and serves as a regional destination that draws people to Metuchen’s downtown.

Metuchen Downtown Alliance estimates Borough residents will each spend about $7,000 in the downtown and provide an economic boost of approximately $30 million each year. This growth will be complemented by new housing, which includes about 400 units in total, ranging from loft apartments to smaller residential buildings.

The flourishing retail economy is the culmination of decades of strategic planning that included the approval of the Borough’s Complete Streets policy, the formation of the Metuchen Downtown Alliance, and an ongoing conversation with residents, business owners, and community organizations to gather feedback about their perceptions of growth and change downtown.

After a long period of planning and envisioning transformation, the downtown Metuchen community is now quickly absorbing a good deal of change in a small area. With this change, the Borough recalibrated its vision to match the growth and needs of the community. For example, Metuchen now requires only one parking space per unit for downtown apartments. The Borough also offers developers payment in-lieu of parking (PILOP) options, which help fund parking downtown. The Center Street 22-unit apartment building (under construction) paid a $100,000 fee to not build any on-site parking. Instead, 22 spaces were secured for Center Street residents in the nearby Pearl Street parking deck. “I think it made sense to utilize the deck for the parking needs of the apartment residents since it is a block away,” said Borough Administrator Jay Muldoon.

Metuchen sees additional bicycle infrastructure as the next major development for its downtown. The Borough recently added bicycle parking as a requirement for new development. This commitment demonstrates Metuchen’s support for creating a compact and safe environment suitable for bike travel. It also anticipates the completion of a connection from downtown Metuchen to the Middlesex Greenway, a 3.5-mile pedestrian corridor situated on a portion of the former Lehigh Valley Rail line. A portion of the Middlesex Greenway serves as part of the East Coast Greenway, a developing trail system spanning 3,000 miles from Maine to Florida. The connection between downtown and the trail will effectively double Metuchen’s green space.

It has taken many years for Metuchen’s plans to mature. Since the 1980s and the early revitalization plan that brought together Rutgers students and Borough residents, Metuchen has undergone huge changes to the benefit of the community. The work was not easy, however, or done through any quick fixes. Metuchen’s transformation has required decades of leadership, dedication, and commitment to transit and pedestrian-friendly planning, mixed-use development, and collaboration between the community and business owners. The Borough is now well on its way to achieving its transit-friendly goals.

This Issue’s Focus: Parking in TOD

April 30, 2007 Steph_Admin Comments Off on This Issue’s Focus: Parking in TOD