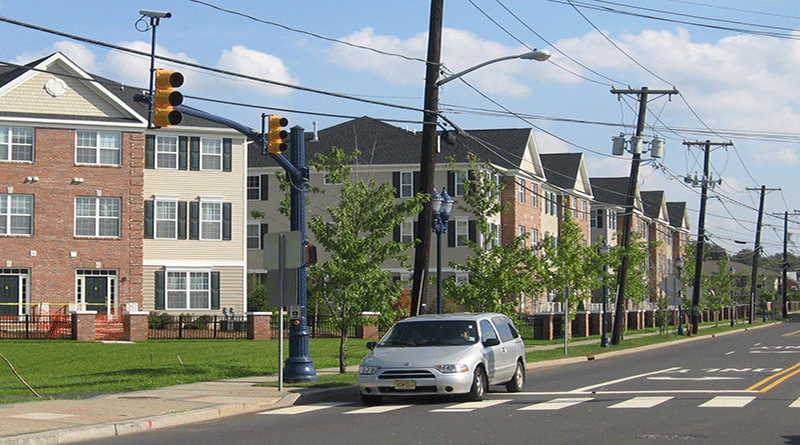 Hurricane Floyd exacted a heavy toll on the Borough of Bound Brook in 1999, damaging much of the downtown, which lies in a natural flood plain of the Raritan River. In the seven years since disaster struck, Bound Brook, a designated Transit Village, has been using state and federal assistance to rebuild its downtown around a transit-oriented focus.

Work continues in Bound Brook on the Green Brook Flood Control Project, a $300 million flood remediation project jointly managed by the U.S. Army Corps of Engineers and the New Jersey Department of Environmental Protection (DEP). To date, two levees have been built on the western and eastern sides of the municipality to protect it from flooding from two of the Raritan River’s tributaries, but construction of the most important levee, which would prevent future flooding of the downtown by the Raritan River, has been delayed due to a lack of federal funding. Still, Bound Brook is pressing on.

Bound Brook’s Redevelopment Committee, chaired by retired architect Dick Shive, hopes to capitalize on the borough’s refurbished train station and Transit Village designation to attract new development to its downtown. Already, the committee is facilitating the development of sites lying inside the half-mile radius of the train station. Shive’s primary concern is to get these projects underway, which hinges on receiving DEP approval to proceed before the flood remediation project is completed.

The largest of the projects, in preliminary design by the Philadelphia firm Pennrose Properties, would supplant an existing NJ TRANSIT surface parking lot with 150 housing units, ground floor retail and structured parking for both residents and commuters. A second project at the corner of East Main Street and South Main Street will replace a former municipal garage with a four-story building containing 80 residential units with parking at grade.

Other signs of redevelopment progress include: