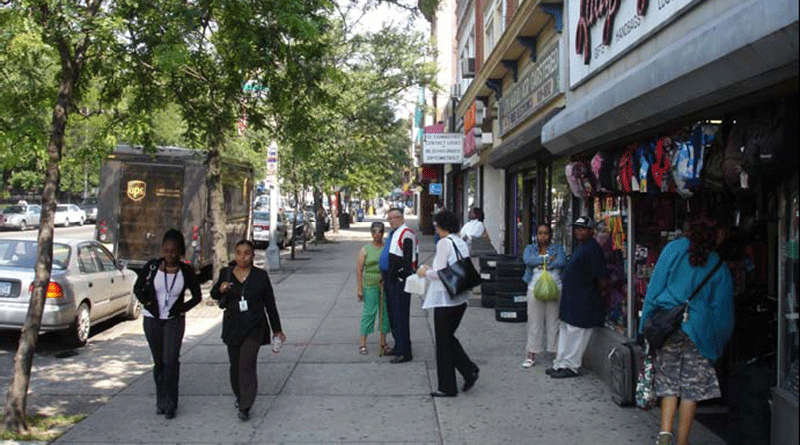 In February 2007, Elizabeth joined an elite group of New Jersey municipalities when it became the 18th designated Transit Village. This qualified the city for a $100,000 planning grant from the NJ Department of Transportation to begin transforming the area around the station. Elizabeth is a major transit hub for rail and bus: NJ TRANSIT Northeast Corridor and North Jersey Coast Line trains make frequent stops and numerous bus lines serve the station area. This valuable transportation asset will allow Elizabeth not only to attract housing and retail development, but will provide the basis for the creation of a major employment center.

The 2003 estimated population of Elizabeth was 123,215, up 2.2 percent from the 2000 Census. This growth rate stems largely from immigration; about half of the city’s residents claim Hispanic ancestry. Elizabeth has made major strides in revitalization over the last 15 years — reclaiming a sizable landfill for reuse as retail and entertainment venues, developing an impressive HOPE VI project along the waterfront, and hosting numerous private rehabilitations of older housing stock. However, the downtown station area has yet to see similar levels of activity.

“In recent years, the city of Elizabeth has experienced a renaissance through the incorporation of booming economic development, new market-rate and affordable housing and the revitalization of our neighborhoods,” said Elizabeth Mayor Chris Bollwage. “Building upon a vision and the implementation of a focused redevelopment plan, the Transit Village designation will complement and contribute to the City’s ongoing efforts to renew its historic midtown area, while continuing the new energy that is evident throughout our city.”