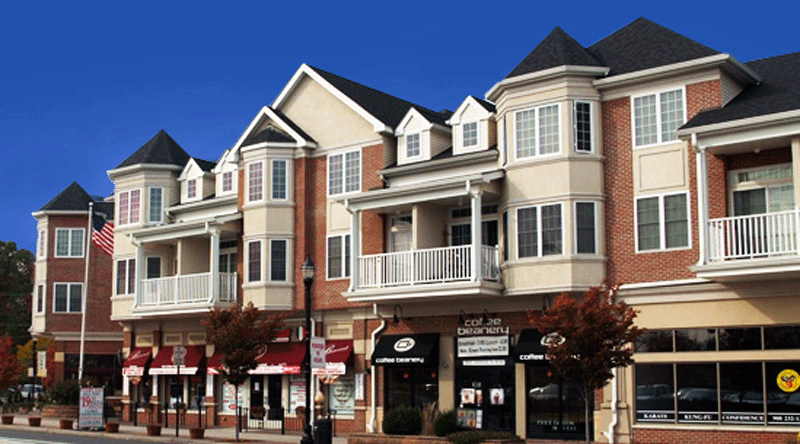 Situated on the Raritan Valley Line between stations in Cranford, (a NJDOT-designated Transit Village), and Westfield, (an upscale residential community with a strong commercial core), Garwood is trying to outgrow its industrial past. The small community occupies only seven-tenths of a square mile and is home to about 4,500 residents. Defunct factory buildings, some dating from the 19th century, line the rail right-of-way, ripe for reuse when conditions are right. The Borough is preparing for that future use and is making plans to reclaim those industrial lands and put them to other uses.

The Borough has significant bus service, with more than forty buses to New York each weekday – which of itself is reason enough to support TOD. In addition, nine trains to Newark and fifteen trains from Newark stop at Garwood on weekdays. The trip takes about 25 minutes. Passengers traveling to New York Penn Station change trains in Newark. Redevelopment and an influx of commuters to the area has brought growth in ridership, prompting an increase in service in October 2009. NJ Transit added an additional train to both the morning and evening peak periods and initiated weekend service with two inbound trains and three outbound trains each day.

Building on its good bus and rail connectivity, the Borough has begun to focus on redeveloping the land surrounding the station. To move forward with this effort, in 2009 the Borough revised and adopted a new Master Plan that calls for TOD zoning near the station—“the new zoning code should include a mixture of residential and commercial uses that would benefit from the proximity to the railroad station.” The Master Plan identified a new of properties near the station suitable for redevelopment, including 5.8 acres of industrial lots located between the railroad right-of-way and South Avenue. The Borough is in the process of updating its zoning so as to implement the Master Plan recommendations.

With its new Master Plan in place, the Borough conducted a two-day community visioning workshop in April 2010. NJ TRANSIT, through its Transit Friendly Development Program, took the lead on this endeavor—in partnership with the Borough, Union County, and the North Jersey Transportation Planning Authority. Through a collaborative vision process, community members explored ways to bring TOD to fruition through incremental adaptive reuse and the redevelopment of key properties. Residents and experts discussed access, parking, brownfield reuse, and redevelopment as well as concept plans illustrating potential phased development. Subsequent to this collaborative effort, the Borough recently adopted a TOD ordinance for a brownfield property across from the station—the site of the Casale Industries building.

The first inklings of what a future, transit-supportive Garwood may be can be seen in a mixed-use development completed in 2010 located about a quarter mile from the station, at the intersection of North Avenue and Chestnut Street, which is now complete. It consists of apartments (The Lofts) on top of retail space (The Mews), and age-restricted townhouses (The Pointe), which have sold out.

First Residences Completed at The Peninsula at Bayonne Harbor

September 21, 2009 Steph_Admin Comments Off on First Residences Completed at The Peninsula at Bayonne Harbor