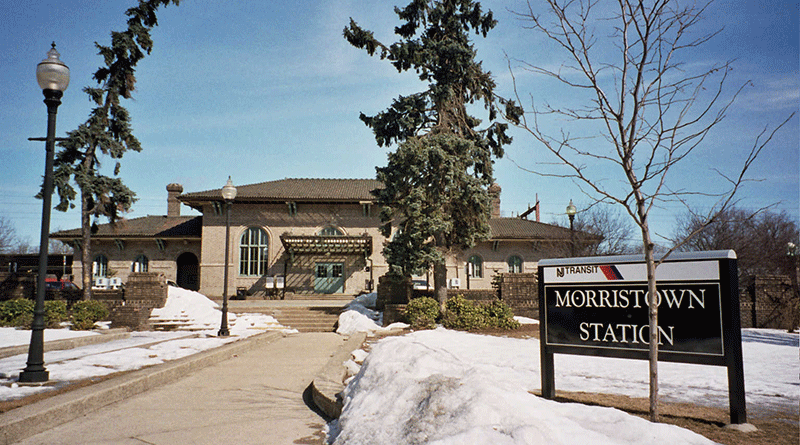 In spite of the bleak economy, Morristown’s new transit village is coming alive. About a third of the 217 one- and two-bedroom apartments in the five-story Highlands at Morristown Station development have recently been put on the market. The project sits directly adjacent to the town’s rail station, where more than 2,200 riders board trains each weekday for direct service to Newark and New York City.

The station is also served by several local bus lines (MC1, MC2 and MC10) which connect Morristown with suburban employment centers in Parsippany-Troy Hills, as well as the County College of Morris. Morristown is one of five NJ TRANSIT stations outfitted with Zipcars, providing additional options to those arriving at the station.

The developers of Morristown’s $75 million village—Roseland Property Company and Woodmont Properties—say that despite the economy, the project is drawing interest from people who want to live near the train station and Morristown’s downtown area. One-bedroom apartments, which average about 740 square feet, start at $1,700 a month, while two-bedroom units of about 1,080 square feet start at $2,300. The municipality expects the facility to become a substantial tax ratable, bringing in $200,000 in tax revenues to the town.

In addition to apartments, the project includes 8,000 square feet of retail space. The developers are currently negotiating with retailers to fill the commercial spaces at the transit village as well as the other major redevelopment project in town, the former Epstein’s Department Store.

The development’s retail space wraps around the much-anticipated, newly opened Morristown Parking Deck. The parking facility has 724 spaces, 415 of which are permanently designated NJ TRANSIT commuter parking spaces. The deck is located immediately adjacent to the station train platform and provides weather-protected pedestrian access to the station building. Parking deck rates are an affordable $6 per day or $100 per month.