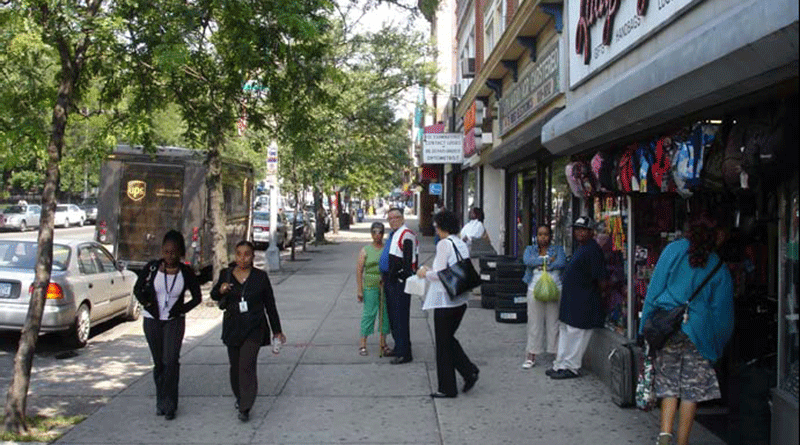 There was a time when our urban areas and employment centers were one in the same. Our transit system was designed to take workers between home and work. It functioned well. Then it didn’t. Our habits changed. More and more of us had access to cars and we used them. We bought houses in outlying areas. Jobs followed the highway system, so many of us no longer traveled to the city to work. This functioned well … but over time unforeseen consequences occurred. Our cities withered. Travel distances grew. Roads got congested and travel time increased. Time spent on a train or bus had been replaced by time spent alone in a car. And lately … energy costs have spiraled.

We can wax nostalgic about this past. Or we can recognize that places well served by transit remain assets to be exploited, places that worked well in the past can work well again, especially as locations for jobs. This is the impetus behind the recently enacted Urban Transit Hub Tax Credit Act, signed by Governor Corzine on January 13 of this year. This tax credit program, designed to give urban centers a boost, provides a full credit against corporate business, insurance premiums or gross income tax liabilities incurred by developers and/or tenants who make substantial capital investments and locate within a half mile of a rail station located in nine qualified cities.* (See below.) NJ TRANSIT, PATCO and PATH stations qualify—19 stations in all.

Eligible businesses can apply for the tax credits within five years of the program’s effective date (January 13, 2008) provided they satisfy the capital investment and employment conditions within eight years of that date. Developers must make a minimum $75 million capital investment in a single business facility located in one of the nine designated urban transit hub cities and no less than 250 employees must work full-time at that facility. Tenants, in order to qualify for the credit, must occupy space in a qualified business facility that received at least $25 million of the project’s capital investment and employ at least 250 full-time workers in that facility.
Eligible transit hub station areas include:

This statute is distinctive in that it attempts to address two different, but complementary policy goals: to promote economic development of our urban centers, and to encourage transit usage through transit-supportive development. These dual purposes are consistent with the state’s overall goal of “smart growth,” as the new law supports development in the most suitable locations.

Recently, however, this initiative has gained new impetus, one that may prove to have the greatest impact of all—the sharp rise in gas prices. Many urban centers within New Jersey are well situated and accessible by transit. As we approach the second decade of the 21st century, it is becoming increasing apparent that moving large numbers of people across the landscape by individually operated, gas-powered vehicles may be poor public policy and is costly to workers. Encouraging employment where workers can travel by transit made sense a hundred years ago; and it may make even more sense now.

We have highlighted four of the nine communities that may benefit from this new tax credit initiative – Newark, New Brunswick, Paterson and Trenton. We hope to include profiles of the five remaining communities in our next issue.

* Eligible locations are those that are both situated within a half mile of the centerline of the station (to be determined by appropriate the transit agency) and within the qualified city.
† Denotes station areas that have been designated Transit Villages by the NJDOT.

September 20, 2009 Steph_Admin Comments Off on New Montclair TOD in the Home Stretch