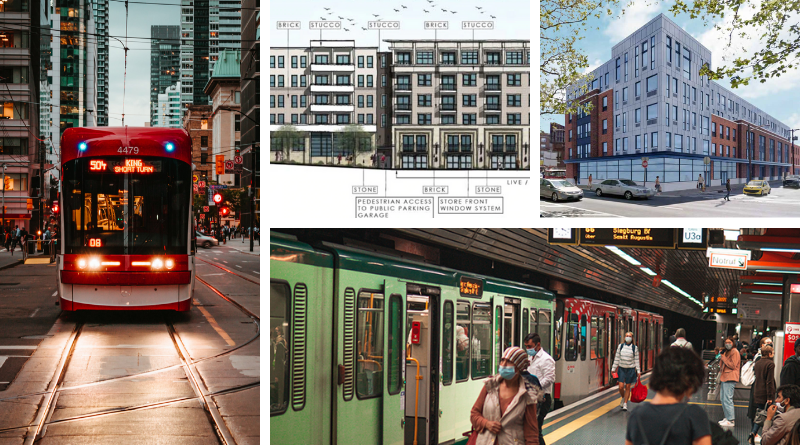 FLORIDA—Tuk Tuk Go: Is This the Vehicle That Will Rescue Public Transit?
Sandy Smith, Next City, August 5, 2020
Despite evidence to the contrary, concerns persist about the transmission of the COVID-19 coronavirus and exposure on public transit vehicles. This has led many cities to look to other forms of transportation to meet the travel needs of residents. Many of those efforts have focused on improving walking and biking conditions. However, some communities have also started to look toward three-wheeled vehicles, such as pedicabs, rickshaws, and tuk tuks. Jacksonville Transportation Authority (JTA) in Florida has contracted with a local firm, Go Tuk’n, to offer a “dial-a-ride” service, dubbed “Tuk ‘n’ Ride.”

Is the Subway Risky? It May Be Safer Than You Think
Christina Goldbaum, New York Times, August 2, 2020
Five months have passed since the pandemic invoked fear of sharing enclosed spaces with strangers among New York City transit riders, but does public transportation pose as much of a risk as people think? Evidence from other countries shows that as long as riders wear masks and don’t crowds buses and train cars, the risk of transmission “may not be significant.” Goldbaum discusses the MTA’s biggest challenges in meeting the city’s post-COVID transportation needs and the most effective strategies used by other countries to minimize risks.

120-Unit Mixed-Use Development Proposed Across from Newark’s Riverfront Park
Jared Kofsky, Jersey Digs, August 3, 2020
The Newark Central Planning Board will review a development application with variances for a proposed five-story project in the city’s East Ward. The building, designed by architects Inglese Architecture + Engineering, is expected to bring 120 new residential units, 2,800 square feet of retail space, and a parking garage. The site is about a mile away from the NJ TRANSIT Newark Penn Station and the PATH’s Harrison Station. Future residents can also access two bus routes to Jersey City and Manhattan.

‘Avenue G’ and ‘Transit Village’ Approved
Daniel Israel, Hudson Reporter, August 1, 2020
Late last month, the Bayonne Planning Board approved four applications for “Avenue G” and what is being termed a “transit village” filed by four different developers but presented as a coordinated project. These developments will bring more than 730 new residential units, electric vehicle charging stations, bike spaces, and redeveloped office and commercial spaces to the area. The site is close to the East 22nd Street Hudson-Bergen Light Rail Station. Redeveloper Prospect Ave Renewal LLC also committed $250,000 towards replacing the pedestrian bridge to the station. Note: These development applications should not be confused with an application to be designated as a New Jersey Transit Village by NJ Department of Transportation. Also, the City of Bayonne and NJ TRANSIT are currently reviewing Statements of Qualifications and Expressions of Interest to develop 4.5 acres of land that lie within the City’s Scattered Site Redevelopment Plan area, near the 34th Street Station on the Hudson-Bergen Light Rail.

190-Unit Housing Development Proceeds in Riverside
Staff, New Jersey Herald, July 17, 2020
After nearly seven years of delays and discussion, The Mill at Riverside received plan approval from the Joint Land Use Board this July. The development will bring 22 townhomes and 168 apartments to the 4.2-acre site on New Jersey Avenue. The board also approved developer’s plans for a 300 square-foot community building, bike storage, and onsite parking. The buildings will replace a former hosiery factory, W.F. Taubel Mills. Riverside is located on the RiverLINE light rail line that connects Trenton and Camden, and was designated a New Jersey Transit Village by the NJ Department of Transportation in 2001.

OHIO—Franklin County Commits $4 Million to Affordable Housing Apartments
Marc Kovac, The Columbus Dispatch, August 3, 2020
Franking County will make long-term commitments to equitable development, as the commissioner announced plans to allocate $65M for affordable housing construction over the next decade. Not only will this bring more than 2,000 units for low-income residents, it will also create a boom in transit-oriented communities in central Ohio. Economic Development Director James Schimmer says, “It’s more about quality of life and work force availability.” By putting dense, affordable housing along transit corridors, Commissioner John O’Grady hopes that Franklin County’s equitable economic development plan will give all the residents “a chance to be successful.”

TEXAS—Transit-Oriented Development Planned in Richardson
Steve Brown, Dallas News August 3, 2020
The Richardson Planning and Zoning Commission is set to review a zoning variance application for a proposed mixed-use development near the DART Galatyn Park commuter rail station. If approved and built, the project would bring a five-story, 360-unit residential building to the 3.6-acre site just across the street from a hotel, a performing arts center, and a parking garage. Developer Legacy Partners brought nearly 300 new units to the Galatyn Park neighborhood about a decade ago.

CALIFORNIA—Developers, MTS Aim for Denser Affordable Housing at Trolley Stop
Andrew Bowen, KPBS, July 30, 2020
San Diego MTS officials and developers are working to bring more affordable housing to the Palm Avenue Station neighborhood. National Core and transit-oriented developer Malick Infill submitted a proposal for development on a 4-acre parcel that is currently used as a surface area parking lot near the trolley station. The project would comprise 408 housing units, of which 150 will be offered as affordable units for households making between 30 and 60 percent of the county’s median income. Council members have expressed excitement over the project, stating that this kind of development would “really provide an opportunity to address the housing crisis” in San Diego.

TAIWAN—TRA to Push for Changes on Asset Disposal, Fares
Shelley Shan, Taiwan News, August 7, 2020
In a move to acquire more flexibility, the Taiwan Railways Administration (TRA) has proposed amendments to the Railway Act that governs how the agency can use its assets and properties. The move is a step toward the implementation of its “Pearl Necklace Project,” in which TRA plans to develop its assets at and near more than 200 stations. Ultimately, the agency seeks to attain financial self-sufficiency through development. The agency also seeks to change its organizational structure and to operate as a national corporation.

CANADA—Transit-Oriented Communities on the Horizon?
Linda White, Toronto Sun, August 3, 2020
After the Ontario government passed legislation to support transit-oriented development last month, experts and planners turned their attention toward opportunities to build more “complete, mixed-use communities near transit.”  Kinga Surma, Associate Minister of Transportation (GTA) said that local community engagement is essential to meeting their vision to bring services and amenities that can “truly improve their quality of life,” especially for the low-income communities that will be affected by real estate development and construction of transit. The plan for Ontario includes, not only the creation of mixed housing forms and sizes, and walkable and cyclable spaces near transit, but also equitable strategies against displacement.