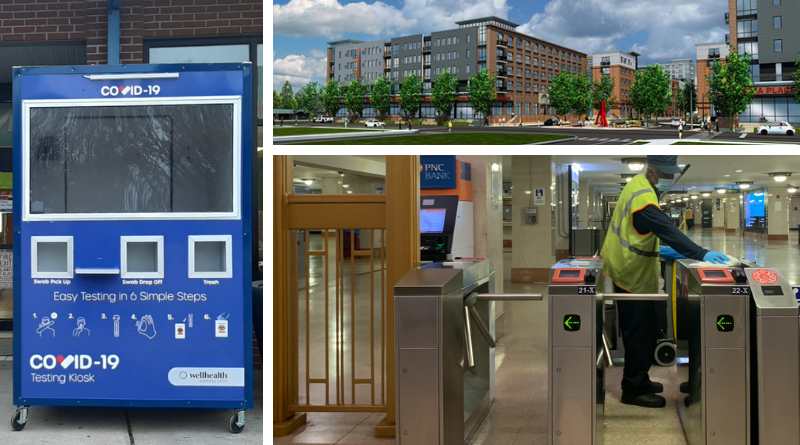 How Essential Workers Who Rely on Transit Have Handled the Pandemic
Nick Blumberg, WTTW News, December 14, 2020

Although the pandemic has led to a decline in transit ridership numbers, ridership demand from essential workers has remained constant. However, agencies have experienced low ridership and declining revenues overall, forcing many to cut services, severely impacting those who have continue to use public transit, including essential workers. Chicago introduced bus-only lanes earlier this year to ease the crunch on existing routes and provide better service. According to the Chicago-based public transit advocacy group, Active Transportation Alliance, this was an effective move that officials should replicate and expand throughout the city. Transit agencies are hopeful for a new round of stimulus money that can help them implement these and other measures to meet transit riders’ needs during this time.

SOUTH CAROLINA—COMET, DHEC to Provide Free COVID-19 Testing to Riders
Celeste Cannon, WACH Fox 57, December 17, 2020
The Central Midlands Regional Transit Authority (The COMET) has teamed up with South Carolina Department of Health and Environmental Control (SC DHEC) to provide free COVID-19 tests to passengers of the bus system. The testing will be available four days of the week at a testing kiosk set up at the agency’s transit hub located on the corner of Sumter and Laurel streets.

PHILIPPINES—Bicycling Surges in Manila Amid Coronavirus Lockdowns
Kimberly dela Cruz and Mike Ives, The New York Times, December 14, 2020
The Philippines capital of Manila—which has experienced some of the highest levels coronavirus infections as well as significant urban congestion—has seen among the highest increases in cycling during this period. The popularity of cycling in the area has prompted Philippines officials to announce a plan to build a 400-mile lane network using a pandemic-related stimulus fund.

NJ Transit Meets Deadline For Speed Control System, Averting Federal Threat To Stop The Trains
Jonathan D. Salant, NJ Advance Media for NJ.com, December 19, 2020
On Friday, NJ TRANSIT announced that it had successfully met the year-end deadline to install automatic speed controls on its trains and tracks. The system prevents train crashes by stopping a train when the operator goes too fast or misses track signals. Governor Phil Murphy and NJ TRANSIT CEO Kevin Corbett joined other officials in celebrating the milestone and thanked everyone for their contribution to the project.

Invictus Closes $89M Construction Loan for TOD
Real Estate Weekly, December 17, 2020
Invictus Real Estate Partners has originated an $89.5 million construction loan for the next phase of the Harrison Yards Mixed-use Development in Harrison. The loan proceeds will contribute to the development of two projects. Phase I includes a mixed-use building to be built at 600 Rodgers Boulevard South that will comprise residential units, commercial space, and 218 parking spaces. Phase II will add of another structure offering residential units, retail space, 1,350 parking spaces, and a 200-key hotel. The $340 million transit-oriented development is situated next to the renovated Harrison Path Station.

MINNESOTA—Merchants Capital Provides $21.5 Million Loan for 128-Unit Transit-Oriented Apartment Community Development in Minneapolis
Multifamily Biz, December 17, 2020
Merchants Capital recently provided over $21.5 million in financing for the Bessemer at Seward Commons, an apartment complex in Minneapolis. The transit-oriented development is located adjacent to the METRO Blue Line and one block from the Franklin Avenue Station. When completed, the project will comprise 128 housing units without income restrictions.

CANADA—What the Rest of Canada Should Learn from Montreal’s Remarkable Transit Ambitions
Globe and Mail, December 17, 2020
Montreal recently announced a $10-billion plan to build a second light-rail project. The two LRT lines, called REM de l’Est, will connect Montreal’s east end with downtown. It will build upon the city’s first LRT, which was announced in 2016 and is currently under construction, with lines that run south, north, and west from downtown. The two REM projects represent a total of 99 km of new transit infrastructure. Expanding transit is central to the growth of Canadian cities in the decades that lie ahead. Looking to the future by pitching work on the REM de l’Est now, can be seen as ambitious and a positive step that encourages many to think past the current pandemic. 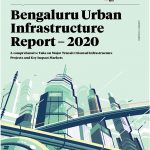