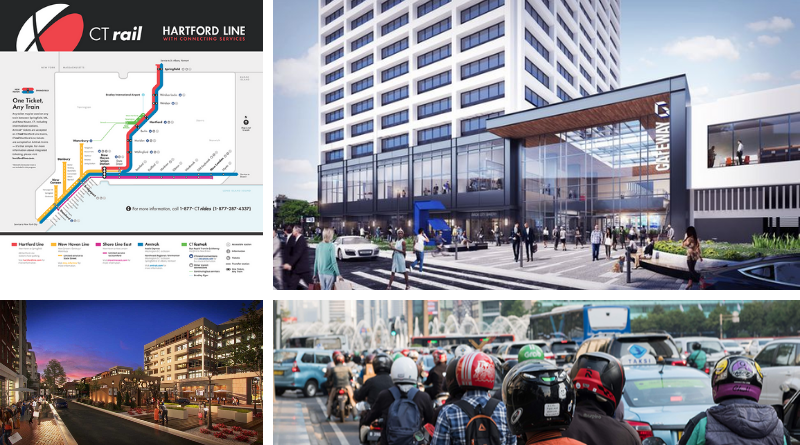 Phase One of What Is Likely the Largest Redevelopment Project in NJ’s History Will Break Ground Next Year
Chris Fry, Jersey Digs, December 23, 2019
One of the largest redevelopment projects in NJ is scheduled to begin in 2020. The Sayreville Planning Board unanimously approved the revised application for the first phase of Riverton, a mixed-used development to be built on 418 acres. Plans for the $2.5 billion development call for a total of five million square feet, with more than 2,000 luxury waterfront residences, 750,000-square feet of high-tech workspace, and three hotels providing 700 rooms. The first phase will focus on retail uses, a cinema, restaurants, a nine-story retail and office tower, a 10-story hotel, a conference center, and two parking decks. The developer, North American Properties, working with Prudential Global Investment Management, is awaiting approval for a Payment in Lieu of Taxes (or PILOT) from Sayreville’s Borough Council.

The Gateway to N.J.’s Largest City is Getting a Major Makeover
Karen Yi, NJ Advance Media for NJ.com, December 23, 2019
Onyx Equities, which purchased three of the Gateway buildings and the concourses that connect commuters between Newark Penn Station, the Gateway complex, and the Prudential Center, will invest $35 million to renovate the lobbies and common spaces. One part of the renovation will add a glass two-story atrium with a metallic exterior near the entrance to Newark Penn Station. Dubbed the “jewel box,” the entrance will be lit at night. This feature and reconfigured retail, opened to the concourse and ground-floor levels, are designed to encourage street-level foot traffic. The Gateway houses many of the state’s law firms, media outlets, the New Jersey Economic Development Authority, and headquarters for U.S. Sens. Cory Booker and Robert Menendez.

HMFA Awards $22.5 Million in Tax Credits, Supporting 1,200 Affordable Units
Joshua Burd, Real Estate NJ, December 24, 2019
New Jersey has announced the award of more than $22 million in funding under a federal tax credit program for affordable housing developers. The funds will support 17 projects and create 1,200 units for families, seniors and residents with special needs. The New Jersey Housing and Mortgage Finance Agency administers the allocations, which are part of the Low Income Housing Tax Credit (LIHTC) program. The awards will generate an estimated $214.7 million in private investment, part of nearly $325 million in total development costs. Established by the Tax Reform Act of 1986, the LIHTC program is seen as an effective funding program for the production of new affordable rental apartments.

25-Story Development Proposed Near Secaucus Junction
Jared Kofsky, Jersey Digs, December 27, 2019
Fraternity Meadows, LLC recently filed plans with the Secaucus Zoning Board of Adjustment for a proposed development at XChange at Secaucus Junction. The ZBA is scheduled to hear the developer’s application and their request for a height variance during its meeting on January 13. If approved and built as planned, the 25-story “Building G” would comprise 403 housing units, with the first four floors devoted to parking. The existing XChange at Secaucus Junction apartment complex was completed in stages beginning in 2008 and is comprised of four- and five-story buildings.

How Mass Transit Raises Property Values
Herb Booth, UT Arlington Media Relations, December 17, 2019
University of Texas at Arlington researchers, Ard Anjomani and Saad AlQuhtani, recently studied transit-oriented developments in the Dallas-Fort Worth metropolitan area and identified the most important factors that increase housing values near those sites. Their paper, “Do rail transit stations affect housing value changes? The Dallas Fort-Worth metropolitan area case and implications,” published in the Journal of Transport Geography, found the most important factor in increasing housing values near TOD is the number of college-educated residents. Researchers also found increasing housing values when the number of jobs near the TOD increased. 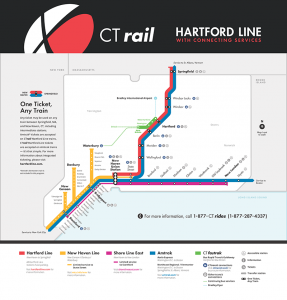 Light Rail Fuels Residential Housing Boom in South Salt Lake
AP, The Herald Journal, December 27, 2019
More than 2,800 housing units have been built near the TRAX station, which began operations in 2015. The light rail line provides a 15-minute trip from the suburb of South Salt Lake, with its 25,000 residents, to Salt Lake City.  Changes in zoning from industrial to residential have supported this development.

MARTA and Partners Move Forward on King Memorial Station TOD Construction
MARTA, Mass Transit, December 27, 2019
The Metropolitan Atlanta Rapid Transit Authority’s (MARTA) development partners, Place Properties and H.J. Russell Company, have secured and closed on financing and will soon begin construction on the King Memorial Station transit-oriented development (TOD). The $62.5 million project will utilize 4.4 acres of underutilized parking space located to the south of the station and result in 300 housing units, including 100 affordable units, and 10,000 square feet of retail space. This is the second multifamily project financed this year to be built upon land MARTA has designated for affordable housing.

Big Changes in the Village of Westbury: Zoning Amendment Sows the Seeds for New Transit-Oriented Development
Philip A. Butler, Long Island Land Use and Zoning, December 30, 2019
The Village of Westbury Board of Trustees recently adopted legislation that created the Maple Union Transit-Oriented Development District. The new law eliminates industrial zoning districts along the Long Island Railroad corridor and adopts seven mixed-use subdistricts designed to form a foundation for a new downtown area comprising medium-density residential buildings, ground-floor retail and commercial uses, and significant community and cultural amenities and open space. One key aspect of the new zoning includes incentive provisions. The base height restriction for all new development within the entire district is three stories (or 40 feet). However, in four of the seven subdistricts, the Board of Trustees may grant height bonuses of up to five stories in exchange for public benefits donated to the Village.