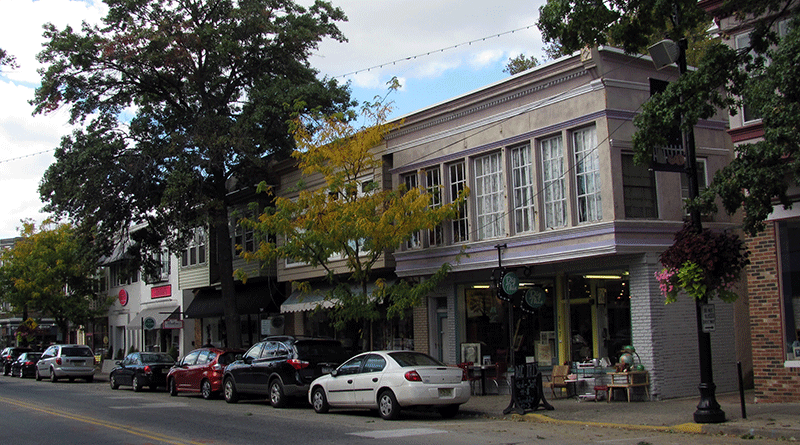 Murphy says there’s big bucks in giving old buildings new life. He’s willing to bet Jersey tax dollars on it.
Brent Johnson, NJ.com, February 16, 2019
Governor Murphy has included an Historic Preservation Tax Credit in his five-bill overhaul of New Jersey’s tax incentives, in an attempt to revitalize former industrial cities within the state. The tax credit would be given to developers who redevelop historic buildings such as old mills and factories. Recipients could receive a 20 percent bonus if they incorporate facilities, such as affordable housing and technology incubators, to help meet the state’s economic goals.

Beyond the Gold Coast
Martin Daks, NJBiz, February 18, 2019
Some multifamily housing developers in New Jersey are marketing their projects to middle-income residents rather than investing solely in luxury projects. Firms such as Prism Capital Partners LLC and Mill Creek Residential have focused on TOD in New Jersey’s suburban markets with access to New York City. Municipalities like Dunellen, Morristown, and Asbury Park are attractive to new millennial residents, especially people moving from NY, PA, and urban counties in NJ.

Collingswood 2019: The Year Ahead
Matt Skoufalos, NJ Pen, February 21, 2019
Collingswood Mayor Jim Maley addressed his 2019 goals for the borough, which has been a designated Transit Village since 2003. At the top of the list is construction and development. Following the construction of a new combined police and fire station, the old buildings will be demolished to make room for residential, commercial, and parking redevelopment projects. Planning will also begin for the streetscaping and restoration of Haddon Avenue, including a feasibility study on increasing bicycle traffic.

Amazon Deal Delivers ‘Certainty’ for Key Transportation Projects in Northern Virginia
Luz Lazo, The Washington Post, February 16, 2019
Planning or construction of several regional transportation projects in Northern Virginia have been expedited due to Amazon’s commitment to bring its second headquarters to the region. The Amazon deal with the state included funding for a second entrance to the Crystal City Metro Station, bus service expansion, Route 1 improvements, a pedestrian bridge to the airport, and a south entrance to the future Potomac Yard Metro Station. Last year, the City of Alexandria cut funding for a second entrance to the new station to bring the project to budget, but a $50 million grant in the Amazon deal will renew the efforts to include the entrance in the design.

High-Speed Rail or Not, San Francisco’s Transbay District Has Arrived
John King, San Francisco Chronicle, February 19, 2019
After a $400 million project, the Transbay Transit Center is still awaiting service because of structural issues that have not been repaired. However, the neighborhood around the transit center has experienced considerable development due to the sale of former sites of freeway ramps to developers, as well as policy changes allowing for upzoning on those sites. The property sales also helped fund construction of the transit center. Much of the transit center, which comprises office space (including spaces not yet in construction), and market-rate and affordable housing units, has already been leased.

Oregon Lawmakers Are Pushing for Dense Housing on Portland’s Transit Lines
Rachel Monahan, Willamette Week, February 19, 2019
In December, an Oregon legislator proposed to eliminate single-family zoning within the state to address its housing shortages. This week, a state senator has proposed a bill that would require zoning allowing 75 units per acre within a quarter mile of rapid transit and 45 units per acre within a half mile, with even more density allowed near light rail stations. Most single family neighborhoods in cities like Portland have density levels of only 8 to 9 units per acre.

Clearer Vision Emerges for Grapevine Transit District
Miranda Jaimes, Community Impact Newsletter, February 19, 2019
The Grapevine City Council has unanimously approved a design for the redevelopment of the Grapevine Transit District by Mesa Planning architects. The district is centered around the TEXRail Grapevine Main Station and includes high, medium, and low intensity development areas. Years of public input were considered in the design to ensure it includes a walkable environment as well as sensitivity to the historic Main Street architecture.

Focus on Unauthorized Colonies in Delhi’s Master Plan-2041
Risha Chitlangia, Hindustan Times, New Delhi, February 20, 2019
After a consultation event on the Delhi 2041 Master Plan, the future master plan will address the issue of unauthorized colonies, which are residential regions in the city (containing 1/3 of Delhi’s population) that are unregulated by the government. The National Institute of Urban Affairs aims to incorporate the colonies into future redevelopment to provide amenities to residents. Some government officials want to consider TOD in redevelopment plans, which would help bring the necessary infrastructure and community support to the colonies.