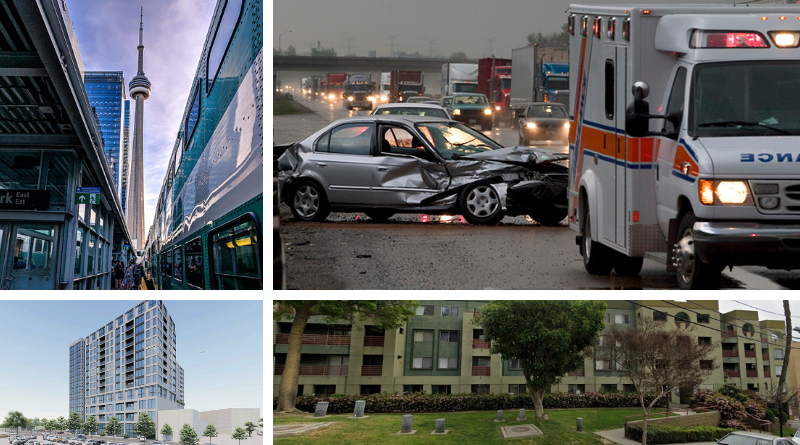 Pete Buttigieg, Secretary of Transportation, released a plan to create safer streets nationwide, highlighting Hoboken as a national model for achieving zero fatal traffic crashes over the past four years. As one of the nation’s most walkable cities, Hoboken has installed 17 miles of bike lanes, 298 high-visibility crosswalks, 30 curb extensions, and other infrastructure improvements since 2019 in accordance with the City’s Vision Zero plan. Additionally, the City will initiate an open public process to redesign Sinatra Drive to include Vision Zero improvements such as safe pedestrian crossings, barricaded bike lanes, and ADA-compliant curb ramps.

CALIFORNIA—Transit Worker Shortage Ripples through California Economy
Sameea Kamal, Cal Matters, January 25, 2022
In California, transit systems are key arteries that get employees, especially lower-income workers, to work and their impact is felt throughout the state’s economy. The California Transit Association, which represents more than 200 agencies, says the transit worker labor shortage is causing service reductions across the state and warns that the impact could harden economic disparities. On Wednesday, the AC Transit board is set to vote on $5 million in “appreciation pay” for employees.

NEWARK—Board Approves Newark’s 14-Story ‘Portnow’ Project With Conditions
Jared Kofsky, Jersey Digs, January 27, 2022
The Newark Central Planning Board voted to approve a plan to replace a privately owned Downtown Newark parking lot at 81-93 Orange Street with a 14-story mixed-use development. According to the developer, the project, located across from Newark Broad Street Station, will comprise 350 residential units, 8,513 sq. ft. of retail space, two club rooms, a pool, and 181 parking spaces. The board established some conditions, including a request for local art groups to be involved in proposed murals and the revision of plans to account for bicycle storage. Known as “The Portnow,” the development is one of many planned near Downtown Newark’s second busiest train station.

FLEMINGTON—Flemington Borough Designates Official Liberty Village Redeveloper
Rikki Massand, TAPintoFlemington/Raritan, January 26, 2022
Following a presentation on conceptual plans for new multi-family housing at the 23 acres of Liberty Village and adjacent lots, the Flemington Borough Council conditionally Hoboken Brownstone Company as site develop. The project would include the construction of several multi-family residential buildings with a total of 375 units. A remediation plan includes an estimated $750,000 for the removal of contaminated soil at Liberty Village.

NEW BRUNSWICK—New Brunswick Zoning Board Approves Plan for Seven Story Apartment on Bayard Street
Chuck O’Donnell, tapinto.net, January 25, 2022
The New Brunswick Zoning Board approved plans to demolish two vacant buildings on Bayard Street for the construction of a seven-story apartment building. The developer has unveiled plans for a 47,000 sq. ft. building that will feature retail/office space on the ground floor and 45 residential units on the top five floors, including two studio units, 30 one-bedroom units, and 13 two-bedroom units, a mezzanine gym and 3,200 sq. ft. of outdoor roof deck space. This project is the first to use the newly-adopted Payment in Lieu of Parking (PILOP) program in which the developer will pay the Parking Authority in place of providing on-site parking.

SOUTH CAROLINA—As Summerville Grows, Residents Push for Public Transportation to Grow with It
Jerrel Floyd, The Post and Courier, January 28, 2022
Summerville is one of the fastest-growing areas in the Lowcountry, having added nearly 10,000 people in the past 12 years. This growth has increased traffic in the community where only two main bus stops serve the town of 50,000. In 2020, organizers announced that the upcoming Lowcountry Rapid Transit, the state’s first high-capacity mass transit project, would not stop in town as originally planned. There are no concrete plans for other public transportation projects or improvements. Summerville community members have questioned whether federal American Rescue Plan funds could support expansion of the Lowcountry Rapid Transit system.

How the U.S. Transportation System Fuels Inequality
Basav Sen, Inequality.org, January 27, 2022
This opinion piece by Basav Sen, Director of the Climate Policy Project at the Institute for Policy Studies, discusses how transportation policies prioritizing private vehicles leave behind lower-income people and people of color. For decades, the amount of funding allocated to roadways has been four times that given to public transit. Sen focuses on the issues of racial and economic justice in relation to these policies, and questions whose interests are being served or excluded.

U.S Department of Transportation Announces Availability of $1.5 Billion in RAISE Grants Made Possible by President Biden’s Bipartisan Infrastructure Law
Press Release, U.S Department of Transportation, January 28, 2022
The U.S. Department of Transportation issued a Notice of Funding Opportunity (NOFO) to provide $1.5 billion in grant funding through the Rebuilding America’s Infrastructure with Sustainability and Equity (RAISE) Discretionary Grant Program. The 2022 funding allocation is a 50 percent increase from available funds in 2021. At least $15 million in funding is guaranteed for projects located in persistently impoverished areas or historically disadvantaged communities. Overall, USDOT has awarded $9.9 billion to more than 700 projects.

UTAH—All UTA Fares Are Free for Month of February in Effort to Improve Utah’s Air Quality
Kim Bojórquez, The Salt Lake Tribune, January 26, 2022
In an effort to improve the state’s air quality by reducing vehicle emissions, Utah Transit Authority (UTA) announced free services to passengers throughout February 2022. The free fare applies to all UTA bus and rail services, including the FrontRunner, and the new UTA on demand project, which serves the west side of Salt Lake City.

8 Trends Shaping Cities in 2022
Cailin Crowe, Danielle McLean, Maria Rachal, Dan Zukowski and Jason Plautz, SmartCitiesDive, January 26, 2022
Some of the biggest topics shaping cities in 2022 include the pandemic, public safety, the climate crisis, and rising inequality. While federal relief funds and the $1 trillion infrastructure legislation will provide resources to tackle some challenges, such as equitable transportation and congestion, there are many other serious issues, such as increasing housing costs and unemployment, that are worsening and in need of attention.

CALIFORNIA—A Decade in the Making, Transit-Oriented Vision for Fremont, California, Coming to Fruition
Jake Blumgart, UrbanLand, January 26, 2022
In 2010, the sprawling New United Automotive Manufacturing (NUMMI) plant announced it would close the doors to industrial expansion in the city of Fremont and, a decade later, a new TOD Innovation District is being planned. Fremont’s Warm Spring District comprises 4,000 residential units, an elementary school, a system of parks and connected greenways, and pedestrian and bicycle pathways. The master plan and corresponding zoning rules were completed in 2015 and 70 percent of the construction is complete as of today.

CANADA—A Roadmap to Effective Transit-Oriented Communities
Steve McLean, Real Estate News Exchange, January 28, 2022
The Greater Toronto and Hamilton Area (GTHA) is one of North America’s fastest-growing metropolitan areas. This rapid growth is creating challenges related to housing and congestion. Federal, provincial, and municipal funding will provide more than $60 billion to expand the rail system, subway, and light rail line services. Another $145 billion will go to other infrastructure development. Urban Land Institute Toronto and the Future Infrastructure Group worked collaboratively to develop a report on the potential of transit-oriented communities. They also received a grant from the Curtis Infrastructure Initiative to promote equitable and resilient infrastructure solutions.

NEW ZEALAND—New Zealand’s Bipartisan Housing Reforms Offer a Model to Other Countries
Ryan Greenaway-McGrevy, Brookings, January 24, 2022
The government of New Zealand recently passed zoning reform legislation to permit medium-density housing in all of the country’s major cities. The Medium Density Residential Standard comes on the heels of another national policy directive to encourage housing densification along public transit corridors. The policy is expected to assist the country in meeting its carbon neutrality goals. The shift in New Zealand’s zoning reform policies enacted over the past five years serve to encourage more housing construction through a more compact form of urban development.