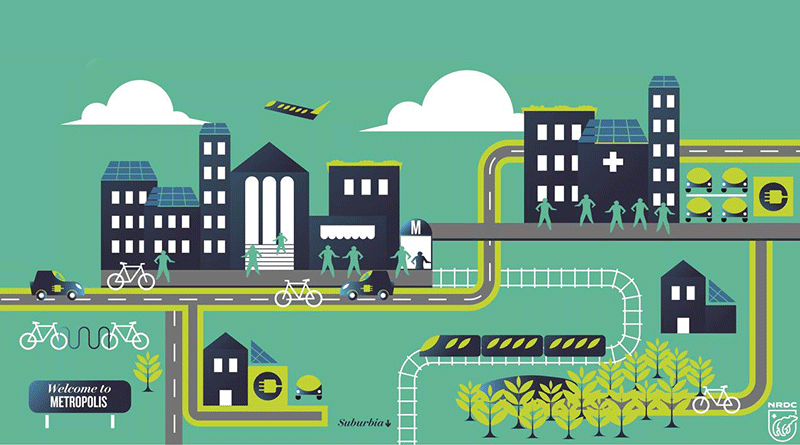 New and Newsworthy from July 2018 Almost three years after demolition of the former Wheatena buildings, construction has begun on the first phase of a four-building, 487-unit rental development. Linden-based Capodagli Property Company secured a $31-million loan for the first phase of the development, which is expected to result in 172 units.

NJ suburbs cool again? Millennials and others return for affordable homes
By Michael J. Diamond, Asbury Park Press, July 2, 2018
An anticipated report from Rutgers shows the region’s migration patterns are changing. Preliminary data indicates the population expansion in New York City and contraction in New Jersey’s suburbs experienced during the early part of the decade have started to slow and, in some places, reverse course.

NJ real estate: Why apartments keep being built in Central Jersey
by Pamela MacKenzie, Bridgewater Courier News, July 13, 2018
While long-standing preferences for single-family homes made apartment construction a very low priority for developers, this mindset has recently changed, as millennials graduate from college and start settling into their first homes. Alert developers anticipating this trend are now reaping the benefits of their vision, and plan thousands more apartments throughout Central Jersey. Trading parking spaces for green spaces: Montclair is following the ‘parklets’ trend
By Matt Kadosh, NorthJersey, July 13, 2018
With sponsor support, the Montclair Business Improvement District will convert two parallel parking spaces on Glenridge Avenue and two spaces on Walnut Street into parklets, small parks designed to bring seating or green space into urban areas. The mini-parks are anticipated for later this month and will remain in place until the end of October. 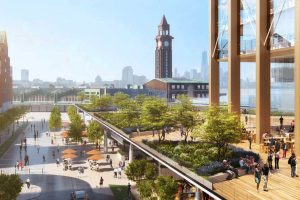 Developer Touts Redevelopment Plans for Hoboken Railyard
By Jared Kofsky, Jersey Digs, July 16, 2018
The Hoboken Terminal complex serves as a hub for passenger trains, PATH subways, local buses, light rail vehicles, and ferry service. Interest in this valuable real estate, situated between Hoboken’s downtown and the Newport Mall in Jersey City, has grown, despite it being increasingly prone to flooding.

Could Jersey City’s Slow Office Market Drag Down Its Hot Multifamily Sector?
By Matthew Rothstein, Bisnow Philadelphia, July 19, 2018
According to a new industry report, the Gold Coast—the stretch of waterfront along the Hudson River opposite of Manhattan—faces declining rent and increased vacancies in its office market. Developers have expressed concern about the public transit system overloaded at rush hours and advise that Jersey City needs to become more self-sufficient to maintain multifamily growth. 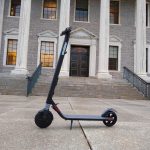 Commuters will be able to use e-scooters at this N.J. train station
By Larry Higgs, NJ.com, July 24, 2018
The Borough of Madison and Boxcar Inc., a company that provides bus trips and parking through its app, are offering the state’s first electric-powered scooters for commuters through a joint venture. E-scooters are being marketed for users to travel the “first and last mile” between train stations and home.

Research: MF Development Has Bigger Impact on Schools Than Believed
By Steve Lubetkin, GlobeSt.com, July 24, 2018
New research from The Center for Real Estate at Rutgers Business School critiques the “one size fits all” model for determining the impact of multifamily construction on local school capacity. The study reports findings from a survey of developers and property managers and refines the expected number of school-age children in rental housing according to building type (low-, mid-, and high-rise), number of bedrooms in a housing unit, household income, and market-rate vs. affordable units.

Every city can be a transit city, regardless of density
By Owain James, Mobility Lab, July 3, 2018
The reason some cities have fewer people who take the bus may have less to do with culture and more to do with the city’s infrastructure quality. 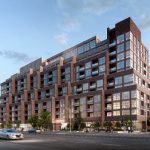 Graywood developments give Toronto Midtown West New Look
By Marc Shaw, Property Biz Canada, July 3, 2018
St. Clair Avenue in Toronto’s Midtown West neighborhood is the site of new residential and mixed-use developments. The transit-oriented community is already the site of bus and streetcar lines and will have a Greater Toronto-Hamilton area GO Transit station, and commuter rail transit station in its center within 2-3 years. 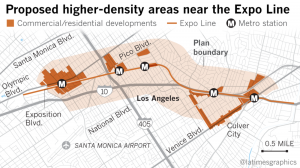 The Los Angeles City Council approved plans Tuesday to allow taller residential and commercial buildings near five Expo Line stations on the Westside, setting a possible precedent for future decisions about development along the region’s growing Metro rail network. The zoning plan represents a compromise between housing advocates and neighborhood groups, which clashed over how much growth should occur along the area’s major roads, many of which are dotted with low-slung commercial strips, gas stations and industrial sites.

Metropolitan Council Releases Update to $92 Billion Transportation Plan
By Olivia Anderson-Blythe, AlphaNewsMN, July 5, 2018
The St. Paul area Metropolitan Council recently released its 2018 update to the 2040 Transportation Policy Plan, in an effort to better align the plan with Thrive MSP 2040, the council’s long-term plan for development in the seven-county region. The recent update focuses on the development of high-density, multi-use housing around existing or planned public transportation hubs.

One year later, Hicksville’s downtown gears up
By Gregory Zeller, Innovate Long Island, July 5, 2018
Hicksville, a census-designated hamlet within the Town of Oyster Bay, was named the recipient of the $10 million New York Downtown Revitalization Initiative in August 2017. Four “transformational projects” for downtown have been announced that will focus on “strategic, transit-oriented development investments” designed to increase access to public transportation, redevelop underutilized properties, introduce new mixed-use infrastructure (including residential and retail uses), increase parking options and improve Hicksville’s downtown area, according to the governor’s office. 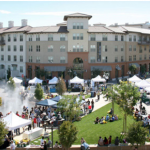 Reimagining Transportation in the Northeast and Mid-Atlantic
By Bruce Ho, NRDC, July 19, 2018 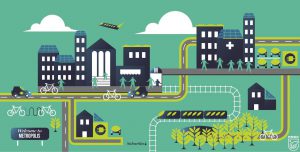 NRDC has released a new report, Transportation Reimagined: A Roadmap for Clean and Modern Transportation in the Northeast and Mid-Atlantic Region, to help the states—and their citizens—fulfill their pledge of developing a regional plan to clean up and modernize transportation.

Ranking cities on access to jobs by transit
TODresources.org, July 20, 2018
A new report looks at how many jobs are accessible by transit in 49 of the most populated U.S. metro areas since 2015. 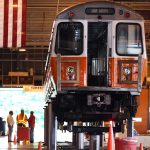 Roomier trains, expanded bus service and electric scooters are just a few of the projects moving forward in the Boston area that could give commuters more hope for a more congestion-free and less stressful future. Some changes have already occurred, such as the expansion of the Silver Line, while others are on the horizon.

Studies: Mass Transit Driving Atlanta Office Development
By Steve Lubetkin, GlobeSt.com, July 24, 2018
While a new real estate industry report shows more than half of new construction in Atlanta is within one-half mile of a MARTA station, another study shows vacancy in transit-accessible properties averaging 30% below transit-accessible properties in other major metropolitan cities. 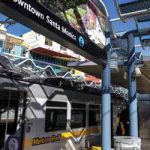