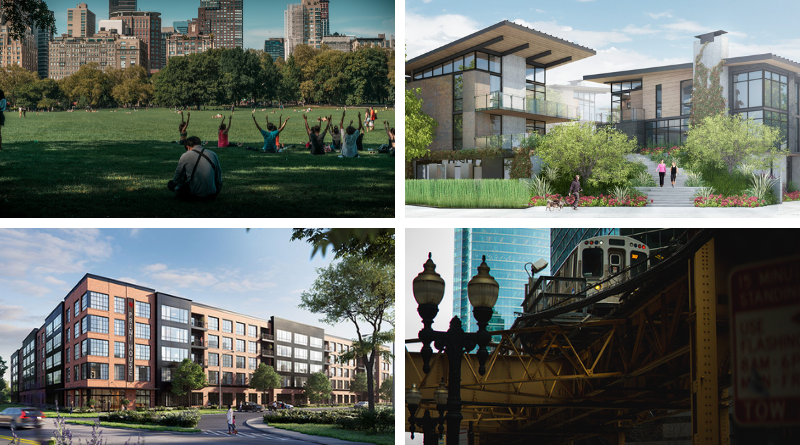 NJ Transit Launches Strategic and Capital Plans That Will Guide the Agency Through 2030
NJ Transit, June 8, 2020
Governor Phil Murphy and NJ TRANSIT CEO Kevin Corbett introduced the “NJT2030: A 10-year Strategic Plan” and a complementary 5-year Capital Plan on Monday. The two-pronged approach seeks to address long overdue reforms in the agency and to support the state’s economic recovery from the COVID-19 pandemic. With a vision of putting riders and customers at the center of the agency’s decision-making, the plans include improvements to service frequency and information technology systems, fleet upgrades, station rehabilitations, and changes to meet net-zero emission standards. The documents can be viewed on njtplans.com.

In Japan and France, Riding Transit Looks Surprisingly Safe
Feargus O’Sullivan, CityLab, June 9, 2020
Extensive tracking of emerging COVID-19 cases has revealed that places such as healthcare facilities, workplaces and homeless shelters remain high transmission locations, along with newly reopened locations, such as gyms, bars, music clubs and karaoke rooms. However, transit facilities and vehicles have not proven to be high-risk locations – at least in France and Japan. Some factors that may contribute to this are physical (ventilation, for example) and some are behavioral (wearing masks, little conversation aboard vehicles).

Amid Protest and Pandemic, Urban Parks Show Their Worth
Patrick Sisson, CityLab, June 4, 2020
Closed stores and businesses might have kept Americans isolated at the beginning of the global pandemic, but as restrictions on parks and public spaces began to ease, park facilities have seen a significant increase in visitors. Citylab writer Patrick Sisson discusses the value of parks and public spaces and their role in urban recovery amidst times of crisis. Even while enduring severe budget constraints, many local governments are fighting to provide recreational opportunities and maintain public space as an essential public service.

CALIFORNIA—Bart Approves Mixed Use Development at West Oakland Station
Bay City News Service, SFGate, June 12, 2020
This week, the Board of Directors of Bay Area Rapid Transit (BART) approved a mixed-use development for the West Oakland Station. The Mandela Station Transit Oriented Development will comprise 762 housing units, of which 30 percent will be designated as affordable. The project will also offer 50,000 sq. ft. of retail space, 300,000 sq. ft. and pedestrian elements such as wide sidewalks and numerous crosswalks. The site of the future complex is currently used for surface parking.

FLORIDA—Pinellas Transit Authority Wins Federal Funding for Next Phase of BRT to Spur Transit-Oriented Development
Veronica Brezina-Smith, Biz Journals, June 12, 2020
This week the Federal Transit Administration announced that $22.97 million for its Pilot Program for Transit-Oriented Development Planning will go to 23 organizations. Among this round of recipients is Pinellas Suncoast Transit Authority which will receive $720,000 to be used to implement the agency’s TOD plan for 32 stations of the proposed 10-mile Central Avenue Bus Rapid Transit project. The current award follows last year’s $1.2 million grant for the development of the TOD strategic plan.

NEBRASKA—Residents Voice Concerns About Proposed Zoning Code Changes as Part of Transit Oriented Development
Alexandra Stone, KETV Omaha, June 10, 2020
As the City of Omaha moves forward with zoning changes designed to encourage increased density near the city’s bus rapid transit route, residents of at least one neighborhood are voicing concerns. The city is seeking to increase the density and the variety of housing choice near the route by zoning for a mix of residential types including duplexes, townhomes, and medium-to-large apartment buildings. These changes have spurred concerns in the historic neighborhood of Dundee, where an online petition has gained more than 2800 signatures. Backers of the petition say that the size and density of potential redevelopment are at issue. They affirm support for multifamily housing, but not the large-scale apartment structures that they see as not in keeping with the existing built environment.

ARIZONA—Downtown Project’s Zoning Stirs Controversy
Jim Walsh, East Valley Tribune, June 9, 2020
The Mesa City Council approved zoning amendments to allow the Mesa Arts District Lofts to build on a 10-acre site along Main Street in the city’s downtown area. Despite objections from critics, the redevelopment project only needs to build half of the ground level commercial space typically required of transit-oriented developments, a compromise that will result in less retail but that will bring more housing options to the area.

ILLINOIS—Matching Transit to Economic Need
Roberto Requejo, Chicago Business, June 9, 2020
Much to the chagrin of Chicago communities, neighborhood redevelopment, gentrification, and displacement seem to all go hand-in-hand. More and more, the need for equity finds its way to the forefront of conversations about urban development. Author Roberto Requejo discusses how transit-oriented development (TOD) can be used “to build healthier, safer, and more climate-resilient communities,” if mechanisms and policy can provide guidelines for equity that will benefit lower-income residents. Requejo tells the story of equitable TOD or “eTOD” in Chicago, that hinges on community engagement and focuses on affordability and anti-displacement strategies to transform underserved, lower-income communities.

CALIFORNIA—Sonoma County Housing Projects Tied to SMART Line Face Mounting Obstacles
Kevin Fixler, The Press Democrat, June 8, 2020
Before the coronavirus pandemic and the resulting economic recession, Sonoma County’s SMART line from Petaluma to Healdsburg presented a promising opportunity for transformative transit-oriented development. But now, more than $1B of investments are hanging in the balance as the plans for 1,800 units of high-density housing that were slated for construction near the city’s downtown area have been postponed. Julia Gonzalez, SMART spokeswoman says that the county is adamant about sticking to their vision for more affordable, transit-oriented housing. “It’s important and needs to go forward,” she said in an interview, “Getting people out of cars is not something we want to lose sight of.”

Unraveling the Codependent Relationship Between Development and Parking
Urban Land Institute, Saporta Report, June 8, 2020
As equitable development and equitable cities come to the forefront of local and national conversation, experts are reevaluating the way innovative projects like luxury planned communities are built. Jonathan Gelber from the Bleakly Advisory group and the Urban Land Institute reviews arguments in parking policy reform that redefines the highest- and best use practices in downtown development sites. According to Gelber, an average structured parking project may cost $60,000 per space, driving building costs up and becoming a major obstacle for equitable and sustainable urban development.

Where Equity Gaps Are Deepest, We Need More Patience
Mass Inc, June 8, 2020
Equitable access to transportation remains a key issue in many parts of America as local officials try to balance the demand for transit service for essential workers with the harsh economic realities of the COVID-19 pandemic. In a report titled From Transactional to Transformational: The Case for Equity in Gateway City Transit-Oriented Development, MassInc. highlights three key areas in transportation policy where widening equity gaps need to be addressed and prevented: service provision, fare policy, and allowing sufficient time for ridership growth and other impacts.

CANADA—A City in the City – TOD Bois-Franc: Intermodal Hub and Living Environment
Ville de Montréal – Arrondissement de Saint-Laurent, Cision NewsWire, June 9, 2020
The boroughs of Saint-Laurent and Ahuntsic-Cartierville will soon begin construction of a planned transit-oriented development community called Bois-Franc, located at the boundary between the two boroughs. The 20-year project is less than half a mile away from several transit stations and is expected to bring 7,700 new housing units and over 200,000 square meters of office and commercial space, public parks and green space, and walkable bike and scooter-friendly areas. Total investments by the city are expected to be as much as CAN$87M over 20 years and result in nearly CAN$670M in total fiscal impact.

CANADA—TransLink Considering Becoming a Real Estate Developer for New Revenue
Kenneth Chan, Urbanized Vancouver, June 7, 2020
For decades, TransLink has operated and managed public transit systems in metropolitan Vancouver. It recently commissioned a study on the region’s transit infrastructure investment to explore sources of revenue that will potentially help boost the region’s transportation network. The study explores mechanisms that the agency can use to fund new infrastructure, repay existing debt, fund public transit operations, and increase transit-oriented affordable rental housing in the region. Details of the study can be found on the agency’s website.