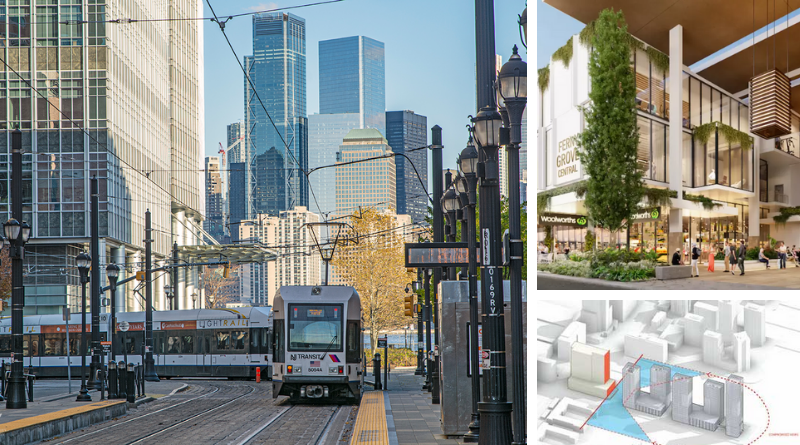 On Wednesday, the Biden Administration announced a $2 trillion plan to invest in American infrastructure. Plans call for $115 billion to go toward roads and bridges, while $165 billion would be allocated for public transit, Amtrak, and freight rail infrastructure. Another $20 billion would be used to reconnect neighborhoods disrupted or isolated by previous highway construction. The remaining $213 billion would be allocated for addressing the nation’s housing crisis—plans emphasis the use of the funds to eliminate exclusionary zoning in state and local laws, such as “minimum lot sizes, mandatory parking requirements, and prohibitions on multifamily housing.”

Can Public Transit Survive the Pandemic? London’s New Transport Commissioner Wants You to Believe It Can
Ciara Nugent, Time, April 2, 2021
Former MTA chairman, Andy Byford, reflects on leaving New York at what was likely to be the worst possible time—the start of the COVID-19 pandemic, his new role as commissioner of Transport for London (TfL), the future of public transportation and the need to support it through public funding, and how to use the lessons of this time to implement positive change in our urban spaces. Byford echoes remarks by former NYC Department of Transportation commissioner, Janette Sadik-Khan, who opines that “Transportation policy is climate policy, economic policy and equity policy. Restoring transit to full strength and investing in its future has to be viewed with the same urgency as restoring water or power lines after a national natural disaster.”

MASSACHUSETTS—Boston Pilots Free Public Transit in Bid for Equitable COVID Recovery
Cailin Crowe, March 31, 2021, Smart Cities Dive
Acting Mayor Kim Janey announced a pilot program aimed at building equity in Boston post-pandemic. The pilot involves giving $60 transit and unlimited monthly bikeshare passes to workers who commute to five Main Street districts in the city. This is part of the city’s effort of exploring fare-free transit for certain riders, or elimination of fares entirely. The City has not yet determined the funding source(s) to be used to make up the budgetary shortfall that would result from limited or comprehensive fare-free policies.

When Can I Use Public Transportation Again After Being Fully Vaccinated?
Carla Delgado, Verywell Health, March 31, 2021
The nation’s transit agencies continue to experience historically low ridership levels despite evidence, such as an American Public Transportation Association (APTA) study, that found no direct correlation between COVID-19 transmission and using public transportation. Public health experts, such as Dr. Richard C. Wender, chair of family medicine at the University of Pennsylvania’s Perelman School, advise waiting until one is fully vaccinated to take transit, and continuing to wear a mask, avoid surfaces, and social distance. He advises those who travel by public transit, and are not yet fully vaccinated, to also adhere to these precautions.

ILLINOIS—COVID-19 & Transportation Funding in Illinois: One Year Later
Mary Tyler, Illinois Economic Policy Institute, March 25, 2021
A new report published by the Illinois Economic Policy Institute looks at the effects of the COVID-19 pandemic on transportation ridership and revenue in the State of Illinois, finding that total Vehicle Miles Traveled (VMT) declined by 40 percent. For public transit, compared with the previous year, bus ridership declined by between 50 and 60 percent, Chicago Transit Authority rail ridership by 70 percent, and commuter rail ridership by 89 percent. Because transportation in Illinois is largely funded by a Motor Fuel Tax (MFT) that declined precipitously due to low VMT, the author recommends using funds from the recently passed American Rescue Plan to make up for the $308 million gap.

Jersey City Adopts New Regulations on Affordable Housing
Al Sullivan, TapInto Jersey City, March 31, 2021
A new ordinance passed by Jersey City would institute a minimum number of affordable housing units for all property owners applying for a zoning variance. The exact portion remains unclear, however. Supporters of the ordinance tout a 20 percent minimum, while others, such as Councilman Rolando Lavarro, state that the ordinance sets a minimum of five percent with the possibility that 20 percent of units be affordable. Even at the low end, the requirement would add a sizeable number of affordable units to a city experiencing considerable development.

Op-Ed: Eager for Light Rail Line in South Jersey. Here’s Why
Joseph Russell, March 31, 2021, NJ Spotlight News
A transit advocate discusses two projects in the region: the Glassboro-Camden Light Rail (GCLR) and the Walter Rand Transportation Center overhaul, and how they will make the area more sustainable and catalyze growth. This comes with the recent spate of activities advancing transit accessibility in the region: the release of the environmental impact statement for the GCLR and the commitment by the South Jersey Transportation Authority (SJTA) of $200 million for preliminary engineering work, as well as NJ TRANSIT’s allocation of $250 million to transform Walter Rand Transportation Center into a mixed-use transit hub.

Images Revealed as LeFrak’s Five-Tower Project Heads to Jersey City’s Planning Board
Chris Fry, Jersey Digs, March 30, 2021
Developer LeFrak released plans for 2 Sixth Street, which propose to transform a pier in the Newport area of Jersey City’s waterfront into a massive five-skyscraper mixed-use complex. The developer would build 1,998 apartment units under the plan, which does not specify affordable housing allocation. The LeFrak development would be a short walk from the Newport PATH Station and Hudson Bergen Light Rail (HLBR) stop. 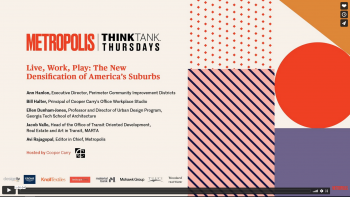 How Density Can Save the American Suburb
James McCown, Metropolis, April 1, 2021
A recent Metropolis magazine “Think Tank” panel explored how suburban densification can help with sustainability, affordability, and diversity. The discussion focused on the repurposing of suburban structures, such as regional shopping malls, and the role of transit.

TEXAS—Oak Cliff Residents Say Potential Zoning Changes Threaten 180 Homes
Jacob Vaughn, Dallas Observer, March 31, 2021
Residents of the Dallas neighborhood of Oak Cliff voiced concerns to the Dallas Plan Commission about a proposed Transit-Oriented Development (TOD) zoning change around the Tyler/Vernon DART Station. Chad West, City Council member for the area, describes the TOD plan as one way to mitigate change that is likely to result from unchecked private development. “The bottom line is that if we don’t make a plan, someone else is going to do it for us, and they’ve already started,” West told the Dallas Observer.

NEW YORK—Biden’s DOT Lifts Roadblock On Congestion Pricing In NYC
Christopher Robbins, Gothamist, March 30, 2021
United States Secretary of the Department of Transportation (USDOT) Pete Buttigieg announced that New York City’s congestion pricing plan could proceed with a simpler environmental assessment, rather than the lengthier, costlier environmental impact statement mandated by the Trump administration. The pricing scheme, which would charge an additional toll for all vehicles entering Manhattan south of 60th Street, is predicted to raise $1 billion annually for the MTA, and would fund much-needed capital repairs.

NEW YORK—Heritage Point Mixed-Use Buildings Construction Begins, New York
Construction Review, March 26, 2021
Work has begun on the mixed-use Heritage Point development in downtown Buffalo in the historic Prime Slip former alignment where Lake Erie and the Erie Canal once met. Heritage Point will comprise ground-floor retail and a restaurant, as well as 64 mixed-income housing units, and will be within walking distance of several of Buffalo’s Metro Rail stations.

CALIFORNIA—29 Townhomes Could be Coming to Downtown Upland
Steve Scauzillo, The Sun, March 25, 2021
The City of Upland, California, has entered an agreement with private developer City Ventures to bring townhomes to the downtown area. Upland hopes to create a more vibrant downtown by attracting new residents in search of a more walkable lifestyle. The one-acre site is located near a MetroLink commuter rail station that provides service to both Los Angeles and San Bernadino.

CANADA—Choice Properties and Daniels to Redevelop Golden Mile Mall in Canada
Design Build, March 31, 2021
In conjunction with Toronto’s Line 5 Light Rail Transit (LRT) crosstown project, the Choice Properties Real Estate Investment Trust (REIT) and the Daniels Corporation will redevelop the Golden Mile Shopping Centre a mixed-use and income TOD. The developers plan to build two condominium towers with retail and office space and are exploring opportunities to partner with local educational institutions to integrate them into the space.