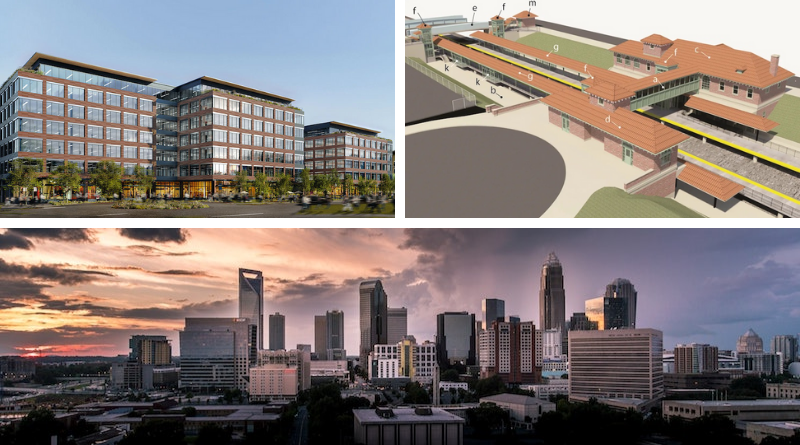 According to the security company Kastle Systems, New York and San Francisco are the two metropolitan areas with the lowest percentage of workers back in their offices. This diversion from previous norms puts the future of mass transportation, often reliant on high ridership for fiscal solvency, in jeopardy. Ridership on the NJ TRANSIT rail system, oriented around commutes into Manhattan, remains at between 20 and 25 percent of pre-pandemic levels. The cost of operations is currently covered by federal aid. The slowly rebounding passenger levels are one sign of workplaces rethinking how they operate. Major employers are considering hybrid models, where workers come into the office on a part-time basis. Transit agencies are likely to take a long path to recovery: Bay Area Rapid Transit (BART) expects to reach 70 percent of regular ridership by June 2022. But a mass exodus to cars would have an adverse impact on the nation’s road network. A Vanderbilt University study found that if only 25 percent of mass transit commuters were to switch to single-occupancy vehicles, the effects on traffic could be profound.

The Death and Life of the Central Business District
Richard Florida, Bloomberg CityLab, May 14, 2021
While office work pivots to a hybrid model, central business districts (CBDs) can be remade into more vibrant and resilient neighborhoods that exemplify the principles of the 15-minute city. CBDs, post-COVID, must intentionally make use of vacant space to encourage equity, and provide for a diversity of uses beyond the office paradigm.

A New Vision for Transportation
Frederick Salvucci and James Aloisi, The Boston Globe, May 10, 2021
Two former Massachusetts transportation secretaries argue for more strategically targeted federal funding for transportation, and warn that the work-from-home shift could create inequities, much like the interstate system did five decades ago. Policy changes that the former secretaries advocate for include treating transit as equal to bridge and road infrastructure, increasing federal operating subsidies and increasing the statutory funding level for capital transit projects to 80 percent rather than the current 50 percent level.

Has the Pandemic Changed Cities Forever?
Tim Sablik, Federal Reserve Bank of Richmond, April 2021
This piece looks at a range of thought offered by urban economists and other scholars on the effects of the pandemic on work, housing choice, and urbanity. Observations include how high wage earners, who pay the most to live in cities, also have the greatest opportunity to leave them, thanks to developments in working from home. Takeaways focus upon the resiliency of urban places, as well as how the pandemic and its aftermath will continue to perpetuate inequality, by uplifting the affluent and further burdening the poor.

PERTH AMBOY—$47 Million Perth Amboy Train Station Modernization Plan Takes Major Step
Suzanne Russell, My Central Jersey, May 13, 2021
NJ TRANSIT announced that it had awarded a contract to begin a $47 million renovation of the historic Perth Amboy Station, which will modernize the facility and make it ADA-compliant. The station, built in 1927, will be outfitted with ramps, elevators, and high-level platforms that allow accessibility. The project is expected to be completed in 2023.

PATERSON—Mixed-Use Redevelopment Proposed for Building in Paterson’s Great Falls Historic District
Jared Kofsky, Jersey Digs, May 10, 2021
The Community Asset Preservation Corporation, a Newark-based non-profit, has proposed to redevelop a former industrial mill in Paterson into 38 residential units and a small amount of retail space. The site is located less than a block from the Paterson Museum and within Great Falls Historic District, and any plans will require approval from the Historic Preservation Commission. The location provides easy access to NJ TRANSIT 704 and 712 bus routes with connections to Willowbrook Mall and the Hackensack Bus Terminal and is about a 15-minute walk to the NJ TRANSIT Paterson Station.

NEWARK—Newark’s Airport Could Become ‘Aerotropolis’ with Connections to Rail Lines
Darren Tobia, Jersey Digs, May 7, 2021
At a recent NJIT panel, experts discussed an urban growth model centered on airports, using Amsterdam’s Schipol airport as a case study. The idea is to build commercial, retail, and residential space around a transportation hub that highlights connectivity—to the airport, New York City, and beyond. Extending the PATH train, from its current terminus at Newark Penn Station, could be pivotal to this South Ward revitalization effort.

NORTH CAROLINA—‘Recognize the Diversity in this City.’ Charlotte Leaders Clash on Housing, Zoning Plan
Alizon Kuznitz, The Charlotte Observer, May 11, 2021
Charlotte City Council members clashed during a meeting to review revisions to the city’s 2040 comprehensive plan, arguing over a measure that would allow duplexes and triplexes in single-family zoned neighborhoods. This came after the plan was altered to say duplexes and triplexes were permitted in “all place types” rather than “all lots.” After the Council votes, the exact zoning code will be written in the city’s Unified Development Ordinance, which will determine where multifamily development is permitted.

NEW YORK—Governor Cuomo Announces Transformational Projects for Peekskill and Baldwin as Part of $10 Million DRI Award
Office of the Governor Andrew M. Cuomo, May 11, 2021
New York State’s Downtown Revitalization Initiative (DRI) awards will bring $10 million for mixed-use development and pedestrian improvements to the municipalities of Peekskill and Baldwin. In Peekskill, a building will be redeveloped to host the Peekskill Arts Center, as well as a production studio and apartments. The funds will also pay for pedestrian and wayfinding improvements there. In Baldwin, the award will finance multiple mixed-use and transit-oriented developments near the Baldwin Station on the Long Island Rail Road (LIRR) Babylon Branch.

MINNESOTA—For New Development, St. Paul Weighs Reducing (or Ditching) Parking Minimums
Frederick Melo, Pioneer Press, May 10, 2021
A senior city planner in St. Paul has proposed dropping parking minimums in the city as one way to reduce affordable housing costs and make progress on climate goals. One proposal would eliminate parking minimums for developments of less than 3,000 sq. ft., designated as affordable housing, or within a quarter mile of a transit stop. The other proposal would simply eliminate minimums entirely. St. Paul would not be the first to abandon these requirements; in 2017, Buffalo removed parking minimums for developments of 5,000 sq. ft. or fewer.

CALIFORNIA—Redwood City Planners Approve 72 Housing Units
Sierra Lopez Daily Journal, May 8, 2021
The Redwood City Planning Board approved a multifamily transit-oriented development in the city’s downtown. Of the 72 units, 10 will be reserved for households at a moderate-income level, that is, 120 percent of Area Median Income (AMI). The development is a 25-minute walk to Redwood City’s CalTrain station, with service to San Jose and San Francisco.

UNITED KINGDOM—HS2: Florence the Machine Starts Digging as Work Officially Begins in Chiltern Hills
Adam Forrest, The Independent, May 14, 2021
High Speed 2 (HS2) is a controversial, 106-billion-pound high-speed rail project connecting London to the Midlands and the North in the United Kingdom. The project’s first phase, which connects London to Birmingham, recently began construction. Critics of HS2 have pointed to the project’s price tag, as well as environmental concerns about the route. HS1, the Channel Tunnel Rail Link (CTRL), created a high-speed rail link between London and Europe.

THE PHILIPPINES—More Affordable Housing Through Transit
Nathaniel von Einsiedel, Philippine Daily Inquirer, May 13, 2021
In this opinion article, von Einsiedel recommends that as the Manila metropolitan area expands and improves its transportation infrastructure, it must also coordinate changes in land use policy to ensure a sufficient supply of affordable housing. Joint agreements between transit agencies and private developers can lead to affordable housing on agency-owned land, and the author encourages government agencies to collaborate on these initiatives in the future.