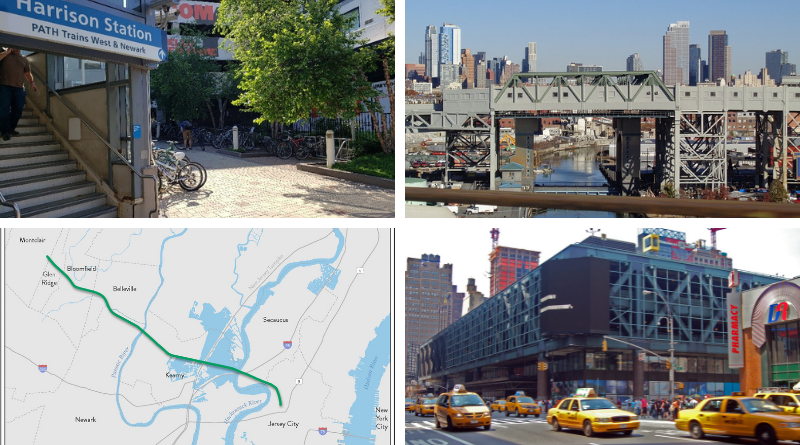 How New Jersey Will Benefit From Biden’s Trillion-Dollar Infrastructure Spending
Dustin Racioppi, North Jersey.com, November 15, 2021With President Biden signing the $1.2 trillion infrastructure bill, New Jersey stands to benefit from $12 billion in funding over the next five years. While half of the funding will go toward highway and bridge improvements, public transportation in the state will receive $4.1 billion, with the majority expected to be allocated to NJ TRANSIT. Funding could support the extension of the Hudson-Bergen Light Rail, the transition to zero-emissions buses, modernization of stations and bridges, and increased capacity on existing rail lines.

NEW YORK—’Hard, Ugly Choices’: MTA Still Needs More Funds After Federal COVID Aid Runs Out
Kevin Duggan, amNY, November 17, 2021
Bob Foran, Chief Financial Officer of the MTA, warned that the agency must find new funding to fill a $1.4 billion funding gap in 2025, even with four percent toll and fare hikes. In a July meeting, Foran suggested “right-sizing” service to fit new post-pandemic travel patterns. “We’ve got to come up with annually, recurring, sustainable revenues,” said Moran. “Folks, if our expenses are growing greater than our revenue sources, it’s only going to get worse.”

ILLINOIS—At “Emerging From Crisis Wiser” Panel, Advocates Called for Less Downtown-Centric Transit
Igor Studenkov, Streetsblog Chicago, November 15, 2021
Drawing upon the lessons from the pandemic was the theme of a recent virtual panel, “Emerging From Crisis Wiser: Reimagining Regional Transit,” held by the University of Illinois at Chicago’s Urban Transportation Center in collaboration with Chicago’s Regional Transportation Authority (RTA). Panelists discussed how the RTA could apply lessons learned to the agency’s 2023 strategic plan, and specifically how the agency should improve participation with stakeholders, invest in reverse commuting, and think beyond a hub-and-spoke system post-pandemic.

Gateway Tunnel Construction Could Start in 2023, Officials Say
Larry Higgs, NJ.com, November 16, 2021
According to Balpreet Grewal-Virk, co-chairwoman of the Gateway Development Corporation, construction of the new rail tunnel under the Hudson River could begin in summer 2023. The cost of the project is estimated at $9.8 billion for the new tunnel, and $1.8 billion for the rehabilitation of the existing one. New York and New Jersey expect to split half of the project’s cost and hope to take advantage of FTA infrastructure loans that can be paid off over 75 years.

NEWARK—14-Story Tower Called ‘The Portnow’ Could Rise in Downtown Newark
Jared Kofsky, Jersey Digs, November 15, 2021
Developer BKV Group has applied to the City of Newark to construct a 350-unit project across from Newark Broad Street Station. According to the application, 70 of the units would be allocated as affordable. The nearby NJ TRANSIT station offers service to New York and Hoboken, as well as bus connections and light rail service to Newark Penn Station.

MONTCLAIR—Murphy Announces Historic Acquisition of Former Rail Line and Intent to Create New 9-Mile Linear State Park & Transitway
Insider NJ, November 12, 2021
Governor Murphy announced the acquisition of a nine-mile, disused rail right-of-way which will be transformed into a greenway with transit, stretching from Montclair to Jersey City. The Essex-Hudson Greenway will be the first new state park since 2006, and is being financed through American Rescue Plan (ARP) funding. The project was first championed by the New Jersey Bike & Walk Coalition in 2014.

WASHINGTON—A Plan for Addressing Transit Equity in Tacoma
Chris Karnes, The Urbanist, November 9, 2021
Though other areas in the Puget Sound region have expanded transit service in recent years, Tacoma’s Pierce Transit has struggled due to lack of funding and bus operators. This op-ed presents a plan to build municipal support for a 0.1% sales tax measure which, if approved, could contribute between $4 million and $5 million annually to Tacoma’s transit. The money could be used to create fare-free service for seniors, youth, and people with disabilities, increase headways on frequent routes, and subsidize a low-income fare program for adults, similar to that of neighboring King County Metro. 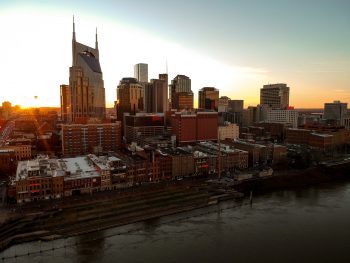 TEXAS—Carrollton Gets on Board with New Transit-Oriented Development
Steve Brown, The Dallas Morning News, November 12, 2021
The City of Carrolton, a suburb north of Dallas, is planning for a new, mixed-use development to transform a city-owned 25-acre commercial site. The site is located near two light rail stations, which provide transit service to regional centers in Dallas and Denton. The first phase of the Trinity Mills Station development will include a 135,000 sq. ft. office building and a 430-unit rental complex.

MINNESOTA—New Era in Transit Opens Dec. 4
John Gessner, Hometown Source, November 11, 2021
The Orange Line, a new Bus Rapid Transit (BRT) route serving communities to the south of Minneapolis, will open early next month. In the City of Burnsville, the route will serve Heart of the City, a redevelopment district which, since 1999, has been built with a mix of uses, density, and walkability in mind. With the planned BRT route, new projects have been constructed, and the president of the City’s Economic Development Authority said they expect to see more in the next decade.

NEW YORK—Agreement on Gowanus Rezoning Will Bring 8,000 New Apartments, Public Housing Investment
Jake Offenhartz, Gothamist, November 10, 2021
The New York City Council Land Use Committee approved a proposal to upzone the Brooklyn neighborhood of Gowanus. According to the mayoral administration, the change in regulation will allow for the construction of 8,000 new apartments over the next decade, over a third of which will be reserved for low-income residents. Additionally, the City will contribute $200 million to modernize the nearby Gowanus Houses public housing complex, and $174 million toward upgrading sewage infrastructure. The neighborhood is encircled by transit, with stops on the D, R, F, and G subway lines.

CALIFORNIA—The Bay Area Won’t Meet Its Goals Without a New Transit-Oriented Development Policy
Jonathon Kass, SPUR, October 25, 2021
SPUR, a regional planning and public policy think tank based in San Francisco, argues that to meet the Bay Area’s climate goals, localities need regional incentives from the Metropolitan Transportation Commission (MTC) to implement transit-oriented development. In particular, SPUR asserts that an updated regional TOD policy is needed that would focus, not only on new development, but on a broader design approach to create safe, equitable, inclusive communities.

10 Recommendations for the New Port Authority Bus Terminal
Regional Plan Association, November 2021
The Port Authority Bus Terminal is one of the busiest commuter hubs in the entire country. Its replacement, to be completed over the next ten years, is expected to serve over 200,000 passengers daily. The Regional Plan Association (RPA) proposes two guiding principles for the new structure: developing a civic destination that also serves as an urban hub, and, improving the surrounding pedestrian connections and environment. The proposal also points out that adhering the design to such guidelines could make it eligible for competitive RAISE transportation grants from the Federal Transit Administration.

CANADA—City Of Toronto Introduces Inclusionary Zoning Framework
Aird & Berlis LLP, Mondaq, November 15, 2021
The City of Toronto approved an inclusionary zoning framework that allows the City to require a certain percentage of new development in designated zones be reserved for affordable housing. Beginning next year, the requirement will apply to 5 to 10 percent of a new development’s gross floor area and will increase incrementally to 8 to 22 percent by 2030. The zoning framework sets affordability according to income, rather than the previously used market rent/price metric, and does not apply to projects of fewer than 100 units.

FRANCE—Herzog & de Meuron’s Tour Triangle is Moving Forward, Dividing Parisians
Matt HIckman, The Architect’s Newspaper, November 15, 2021
The contentious development project, Tour Triangle, is set to begin construction in Paris before the end of the year. The 42-story skyscraper is notable in that nothing of its scale has been built within the Boulevard Périphérique ring road since 1973. Tour Triangle will contain offices, retail, a hotel, conference center, and a cultural center. Nearby transit facilities include trams, and metro and regional rail stations.