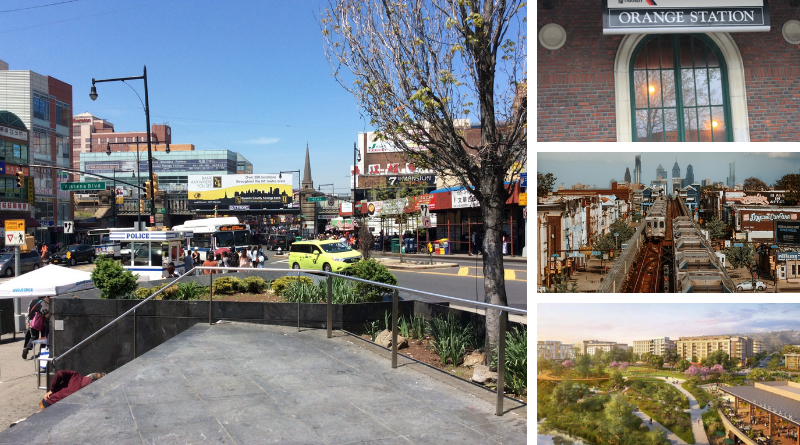 When Voting Patterns Determine How We Get Around
Yonah Freemark, Urban Wire, November 18, 2020
This year’s elections saw voters across the nation supporting several transportation-centered ballots that would increase taxes to pay for improved public transportation. In this report, Freemark analyzes the patterns of support for referenda in Austin, Texas, and Gwinnett County, Georgia. While the proposition in Austin passed with 58 percent of the vote, Gwinnett’s measure failed, with 49.86 percent of voters supporting it. Both areas are comparable in population and diversity, but Austin has a higher average density than suburban Gwinnett County. Although both places had different outcomes, an analysis of precinct-level voting patterns revealed similar conclusions in both—increasing taxes to improve public transit saw more support in denser, less wealthy, and more racially and ethnically diverse neighborhoods.

Crisis Paves the Way for Transit Payment Innovation
Amin Shayan, Mass Transit, November 19, 2020
With riders slowly returning to public transit systems, the onus is on transit agencies to redesign their systems keeping in mind the needs of a post-pandemic world. The demise of the regular office-going rush hour has effectively curtailed the efficacy of peak, non-peak, and seasonal tickets. The big challenges looming over transit agencies are finding a way to create cost-effective ticketing and to accept fares safely. In that regard, contactless EMV payments have emerged as the big winners in the transportation world. Along with speed and convenience of use, the simplicity of use and ease of configuration of cEVMs make them a lucrative option for transit agencies as they begin to prepare for a new age of ridership during and after the global pandemic.

Pandemic Has Surprising Impacts on Public Transit Demand
Science Daily, November 18, 2020
A recent study undertaken by Ohio State University offered insight into transit ridership patterns in cities across the country. While demand for transit dropped by 73 percent nationally, the impact has differed from city to city. Large coastal cities saw a much higher fall in demand than cities in the Midwest and South. The reason behind this was the nature of jobs held by people in these regions. While a greater percentage of coastal city residents worked remotely from home, a larger share of Midwestern and Southern city residents were essential workers who relied heavily on public transit systems. Moreover, demand continued to be higher in areas with a higher African-American population and in communities with larger populations of people over age 45. The researchers emphasize the importance of public transit in cities, even those not thought of as being reliant on buses and subways.

It’s All on the Line for SEPTA and Its Riders, from Service Cuts to Layoffs
Patricia Madej, The Philadelphia Inquirer, November 17, 2020
Like most other transit agencies, SEPTA has experienced steep reductions in ridership due to the ongoing coronavirus pandemic. SEPTA General Manager, Leslie Richards, anticipates a $350 million shortfall in its operating revenue. Without further federal relief, she cautions that extreme measures, including service cuts, layoffs, and fare increases, will need to be considered. Richard joined several transit leaders calling for at least $32 billion in additional federal relief funding, without which more than six in ten public transit agencies, including MTA, MBTA, and BART will have to cut services or furlough workers. While difficult to predict the exact amount and nature of losses that the agency may face in the coming months, transit advocates urge the management team at SEPTA to inform riders of possible outcomes well in advance to give vulnerable communities time to prepare for what is to come.

Metro Considers Buyouts to Stave Off 1,400 Layoffs Due to Pandemic-Created Financial Crisis
Justin George, The Washington Post, November 16, 2020
Low ridership numbers and a steep reduction in revenue has forced Metro to resort to extreme measures to stay afloat during the coronavirus pandemic. Among these measures are plans to offer buyouts to employees nearing retirement age to minimize laying off other employees. The agency has been operating on what remains of its $767 million CARES Act funding. Still, with no hope for any significant financial breakthroughs during the lame-duck period until January 20, 2021, extreme cost-cutting measures are under consideration. Experts stress the urgent need for federal relief funds to ensure that transit agencies do not play catch-up for years after normalcy returns in a post-COVID world.

Princeton, Rutgers among First Tenants of ‘The Hub’, in New Brunswick
Jeff Goldman, NJ.com, November 19, 2020
Princeton and Rutgers Universities will join Hackensack Meridian Health and RWJ Barnabas Health as tenants of The Hub, a proposed technology and innovation center in downtown New Brunswick. The site is located on an empty lot across the street from the city’s NJ TRANSIT and Amtrak station. The State of New Jersey will invest $175 million in the project. Chris Paladino, President of the New Brunswick Development Corportation (known as DevCo) cited several taxable and tax-exempt financing tools that would be used to cover a portion of project costs. The project will include mixed-use, non-residential spaces and is planned to open by January 2024.

With Construction Well Underway, Mack-Cali Asks to Move The Charlotte’s Affordable Housing Off-Site
Chris Fry, Jersey Digs, November 19, 2020
Mack-Cali, the developer behind The Charlotte in Jersey City, has requested zoning changes that would allow for the relocation of the project’s affordable housing units to a yet-to-be named nearby location. The project comprises retail space and a public elementary school in addition to the residential units—5 percent of the project’s 750 residential units will be affordable per regulations. The request submitted by Mack-Cali would require an amendment of Jersey City’s Block 13102 Redevelopment Plan to modify requirements and to allow for the provision of affordable units within one mile of the project. The requested changes would also increase the number of affordable units from 37 to 40 and lengthen the affordability controls from 20 to 30 years.

Pedestrian Bridge at Camden’s Walter Rand Transportation Center Closer to Reality
Steven Rodas, TapInto, November 16, 2020
The City of Camden will receive a $7 million grant from NJ TRANSIT to construct a pedestrian bridge adjacent to the Walter Rand Transportation Center (WRTC). NJ TRANSIT Chair and NJ Department of Transportation Commissioner, Diane Gutierrez-Scaccetti, said the bridge is part of planned upgrades at the transportation center. She hopes that the new addition will improve safety around WRTC by lifting pedestrian traffic above vehicular movement and improve pedestrian accessibility to the medical and health centers located on the opposite side of Martin Luther King Boulevard.

NEW YORK—Miracle on 14th Street: New York’s New Transit Project Equitably Reallocates Road Space
Joe Cortright, GreenBiz, November 17, 2020
The decision to restrict traffic on Manhattan’s 14th Street to buses and local deliveries has significantly improved local travel conditions. Bus travel times are down by between 15 and 25 percent, efficiency and productivity of bus routes have increased, and there has been no detectable increase in car traffic or slowdown on side streets paralleling 14th Street. In addition to the benefits to bus riders brought about by this change, locals and businesses on the street have benefited from a more pleasant environment. Moreover, the high fines associated with car traffic on the street help advance the goals of equity through transportation planning. With public transit increasingly used by lower-income families, and cars the preferred mode of transportation for those who can afford them, reallocation of road space from car traffic to bus travel can help make the transportation system more equitable.

NEW YORK—Judge Halts Flushing Main Street Busway Launch Until Further Review
Mark Hallum, AMNY, November 15, 2020
In Flushing, Queens, Judge Kevin Kerrigan ruled in favor of halting busways on Main Street between Northern Boulevard and Sanford Avenue. This ruling further delayed a project that, when and if completed, would serve 150,000 daily bus riders in the area. The primary opposition to the busways comes from business owners who argue that the lanes will reduce commercial access to their storefronts as they believe that the majority of their customers are motorists. Transit advocates issued a joint statement on Friday that called out the lawsuit as catering to affluent interests and hindering the needs of working-class New Yorkers who would have benefited from the increase in bus efficiency that this project would have supported.

Biden Promises Climate-Forward, Equitable Transportation
Ann Shikany and Luke Tounachel, NRDC, November 19, 2020
The Biden-Harris administration’s Build Back Better plan would promote public transit to achieve goals to reduce carbon emissions, poor air quality, and high transportation costs. Public transit has been a lifeline for almost three million essential workers during the pandemic. With CARES Act funding quickly running out, the new administration will need to focus on funding transit agencies to bail them out of their current financial crises. Additionally, the administration has promised to advance the switch to electric vehicles and support the creation of electric vehicle charging infrastructure across the nation. In support of these efforts, the incoming administration plans to reinstate an Obama-era greenhouse gas emission performance metric for state transportation plans and increase federal focus on active transportation, such as biking, walking, and scooting, to create climate-friendly walkable communities.

CALIFORNIA—4,300-Home Riverwalk San Diego Project in Mission Valley Wins 8-0 Council OK
Times of San Diego, November 17, 2020
The San Diego City Council recently approved a transit-oriented development along the San Diego River in Mission Valley. The Riverwalk San Diego project will comprise 4,300 housing units with 10 percent set aside as affordable units. The project will also include retail and office spaces with parks, open spaces, and trails along the river. The project’s goal is to promote a car-free lifestyle and encourage the use of sprawling green spaces in and around the development. While most members of the Mission Valley Planning Group back the project, one member raised issues of increased traffic due to the influx of new residents that the project will bring to the area. However, city leaders are confident in the support they have received from residents.

INDIA—Draft Rules for Premium Floor Area Ratio Unviable, Say Bengaluru’s Builders
The Hindu, November 19, 2020
Bangalore’s Urban Development Department recently notified builders of the city’s increase in premium FAR charges to 50 percent of the guidance value of the additional site and building area to be constructed using premium FAR. The Draft Revised Master Plan -2031 prescribes an FAR of 1.75-3.25 in the city with a premium FAR of up to 5 along transit corridors and in TOD zones. However, builders in the city are not content with this change and have described it as being “unviable” and deem it unlikely that any developers would opt for this guidance value under current market conditions.

KENYA—State Eyes Land for BRT as Nairobi City Decongestion Plan Takes Shape
Gilbert Koech, The Star, November 16, 2020
The Kenyan government will acquire 10 acres of land to develop a Bus Rapid Transit (BRT) network, park and ride services, and a bus depot. With the BRT network, the government aims to decongest the central business district, ease transportation concerns, and reduce travel time and air pollution. The government plans to integrate the BRT into Nairobi’s commuter railway to create integrated transport networks to curb losses due to traffic congestion. As part of this plan, BRT buses will transport passengers from railway stations to the city, and vice versa, and along select road corridors.