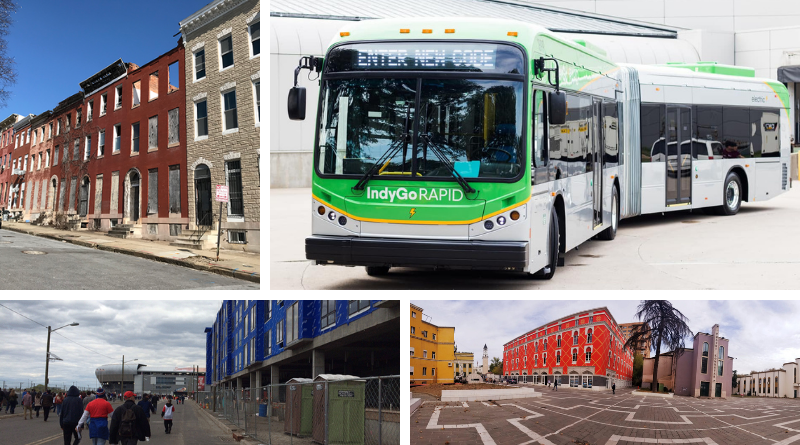 At the annual CoMotion conference in Los Angeles, leadership from several public transportation agencies discussed how the COVID-19 pandemic challenged core tenets about their organizations’ functions and roles. Addressing social equity, for example, has grown in significance as a consideration that will influence future decisions, including those regarding service planning and farebox recovery. The concept of Universal Basic Mobility, ensuring the right to a baseline level of access, is now being tested in Pittsburgh, Bakersfield, and Oakland.

How the $4 Trillion Flood of Covid Relief Is Funding the Future
Charley Locke, The New York Times Magazine, November 24, 2021
The federal government has allocated $4.52 trillion in direct response to the COVID-19 pandemic, exceeding the entire federal budget in 2019. While some of these funds have been used for short-term measures, some have supported generational infrastructure investment in areas such as broadband, scientific research, technological advancement, the electrical grid, and transportation. One such example is a 15.2-mile electric Bus Rapid Transit (BRT) line advanced by IndyGo, Indianapolis’s public transit agency, which received $12 million in support from the American Rescue Plan Act.

CANADA—London Transit Reports 96% COVID-19 Vaccination Rate, Plans Upgrades for 2022
Andrew Graham, Global News, November 23, 2021
At a recent meeting of the London Transportation Commission (LTC), the public transportation provider announced that 96 percent of its employees were fully vaccinated. One percent of employees, who were non-compliant with the agency’s vaccination policy, have been placed on unpaid leave. At the meeting, LTC also discussed adding 27,500 hours of bus service, boosting weekday frequencies.

CALIFORNIA—Emerging from COVID, Public Transit Is Dealing with a Worker Shortage, New Habits and a Hunger for Tech that Can Solve Problems
Maylin Tu, dot.LA, November 18, 2021
At the “Get on the Bus: Rethinking Post-Pandemic Transit” panel in Los Angeles, public transit professionals discussed how they and their partners have had to adapt to the pandemic. In addition to the loss of 55,000 bus operators nationwide, many agencies transitioned to cloud-based technologies to better manage transportation data and adapt to quickly changing ridership patterns. According to L.A. Metro Chief Innovation Officer Joshua Schank, the agency is looking to use this moment to implement more dramatic changes, such as conducting a congestion pricing study or exploring a program that would reward people for not driving.

ORANGE—Complex with over 300 Apartments Could Be Approved along Orange’s Main Street
Jared Kofsky, Jersey Digs, November 24, 2021
The Orange Planning Board will consider a request to construct a 307-unit development upon a site assembled from several parcels. If built as proposed, the project would also include 367 parking spaces. This six-story complex would be sited close to the Brick Church Station in East Orange, rather than one of two NJ TRANSIT rail stations in Orange.

HARRISON—As a New Apartment Building Rises in Harrison, Concerns about Gridlock Grow
Darren Tobia, Jersey Digs, November 22, 2021
Harrison’s Riverbend District has seen considerable growth in recent years. Now the City is considering how to reduce congestion, increase walkability, and provide more greenspace in the transit-oriented redevelopment area sited in the former industrial district. Harrison has passed a resolution to purchase space along the Passaic River to create a park within walking distance of the Riverbend District and to build more bike lanes to help reduce dependence on cars. As the district matures, there have been suggestions to create new road interchanges, as well as an NJ TRANSIT station at the intersection of Essex and Second streets.

SCOTCH PLAINS—Scotch Plains Downtown Redevelopment Learnings Shared at NJ League of Municipalities
John Mooney, Tap Into Scotch Plains/Fanwood, November 21, 2021
Tom Stowe, director of redevelopment for the Township of Scotch Plains, discussed the municipality’s recent success with incentivizing investment in its downtown. He noted the importance of understanding the needs of community stakeholders, and having the right set of policies and zoning regulations to attract development interest and accomplish the Township’s overarching goals. Recent development in Scotch Plains has included mixed-use projects, a library, a Park-and-Ride, and a Lidl grocery store. NJ TRANSIT’s 114 bus route provides service from the Park-and-Ride to the Port Authority Bus Terminal. 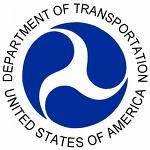 The Bipartisan Infrastructure Law Will Deliver for New Jersey
United States Department of Transportation, November 2021
The United States Department of Transportation (DOT) released fact sheets for each state, detailing the effect of the Bipartisan Infrastructure Law. The new funding formula will increase New Jersey’s public transportation funding by 37 percent, to $4.5 billion over the next five years. An additional $66 billion will go towards passenger rail, including modernizing the Northeast Corridor and eliminating Amtrak’s maintenance backlog. Finally, the DOT brief provides a list of new and competitive grant programs to which state and local agencies may apply. With regard to transit and active transportation, the new Safe Streets for All program will offer $6 billion in competitive grants for projects that reduce crashes and fatalities for bicycles and pedestrians.

MARYLAND—Baltimore City Council President Brings Back Idea of “$1 House” Program
Margaret Chadborn, Fox Baltimore, November 15, 2021
Baltimore City Council President Nick Mosby suggested bringing back a long-gestating proposal to sell City-owned homes, located in neighborhoods that have faced historic discrimination from mortgage lenders, for $1. Buyers would have to be “legacy residents”—having lived in the City for at least fifteen years—or have worked for the City for five years, and would need to commit to rehabilitating the home over a two-year period. The City owns several thousands of Baltimore’s 16,000 vacant homes.

TEXAS—Freeways Force Out Residents in Communities of Color — Again
Liam Dillon and Ben Poston, Los Angeles Times, November 11, 2021
Inspired by the I-10 freeway widening project in Houston, a Los Angeles Times investigation found that more than 200,000 people nationwide have lost their homes to federal road projects in the last three decades. The analysis found that this wave of dislocation has disproportionately affected Black and Latino populations. “The damage is tremendous,” said Robert D. Bullard, a professor of urban planning at Texas Southern University.

CALIFORNIA—Metro to Make Bus Boarding Possible at All Doors, Aiming to Speed Up Service
Justin George, The Washington Post, November 24, 2021
Los Angeles Metro announced plans to add all-door boarding to its buses, allowing riders to validate their fares at the back door, which would reduce dwell times at stops and speed up service. When Muni in San Francisco implemented all-door boarding in 2012, the agency saw dwell times fall 37 percent. The change, part of Metro’s fare modernization program, is expected to take effect late next year.

PENNSYLVANIA—Port Authority Announces Housing and Walkability Plans for South Hills Junction Station
Pennsylvania News Today, November 23, 2021
The Port Authority of Allegheny County, which serves the Pittsburgh metropolitan area, announced plans to create a “transit district” around the South Hills Junction Station. The agency would make improvements to station amenities, such as new bus shelters and a pedestrian bridge. Plans also call for a transit-oriented development on three nearby parcels that would include affordable housing and commercial space. The Port Authority estimates that work on the project could begin in two years’ time.

WASHINGTON—Key Details for $500M+ Transit-Oriented Development in Bellevue Approved
Kara, Downtown Bellevue, November 21, 2021
The Sound Transit Board of Directors approved a contract with BRIDGE Housing to construct a seven-acre development next to the East Link light rail. The complex will comprise 500 housing units (with 280 designated as affordable), 400,000 sq. ft. of office space, ground floor retail, and a park. Notably, the affordable housing will be financially supported through a $100 million Amazon Housing Equity Fund, and the donation of two acres of land by the City of Bellevue and Sound Transit.

GEORGIA—City Talk: Time To Repurpose Vacant Space in Savannah’s Malls – as Apartments
Bill Dawers, Savannah Morning News, November 15, 2021
The owner of the underperforming Oglethorpe Mall in Savannah, Georgia has applied to rezone part of the property and construct 240 apartments in five four-story buildings. If the application is approved, new tenants would live close to one of Chatham Area Transit’s key bus routes, and would be situated close to retail and restaurant amenities.

CALIFORNIA—Commercial Zoning Paper Series from the Terner Center for Housing Innovation at UC Berkeley
Terner Center, October 29, 2021
A series of reports from the Terner Center examines the prospect of adapting underutilized commercial and retail spaces into housing. Researchers inventoried California’s commercially zoned land, finding that the commercial-to-residential approval process needed to be clarified and streamlined. To this end, state and regional agencies should provide technical assistance to local entities for the purpose of reforming their commercial zoning codes for residential conversion. Finally, a survey of adaptive reuse in the state recommends that jurisdictions provide financial assistance to support bringing older commercial buildings up to health and safety codes for residential use.

ALBANIA—A Denser City, But at What Cost?
Jessica Bateman, Bloomberg CityLab, November 18, 2021
Tirana, the capital of Albania, is moving forward with an ambitious redevelopment plan designed to counter urban sprawl by incentivizing densification and creating public space. But advocates, architects, and historic preservationists are concerned that the planned redevelopment would obliterate the city’s history by demolishing existing structures and building less hospitable structures in their place. Paolo Vitti, an architecture professor at the University of Notre Dame, and member of the NGO Europa Nostra, warned that such top-down development could create an “anonymous-feeling city” that could lead to feelings of alienation and civic unrest. Said Vitti, “Buildings are only meaningful if people ascribe meaning to them. They do not exist for their objective value.”

INDIA—In Transit
Iffath Fathima, Bangalore Mirror, November 17, 2021
In Bengaluru, government agencies are working with public stakeholders to finalize a new TOD policy that will coordinate the City’s transit investments with adjacent development. The Karnataka state government hopes that the policy will increase last-mile connectivity and place more residents within convenient access of job, shopping, and education centers. While a previous iteration of the plan did not consider bus transportation, this travel mode has been included in the revised TOD policy.