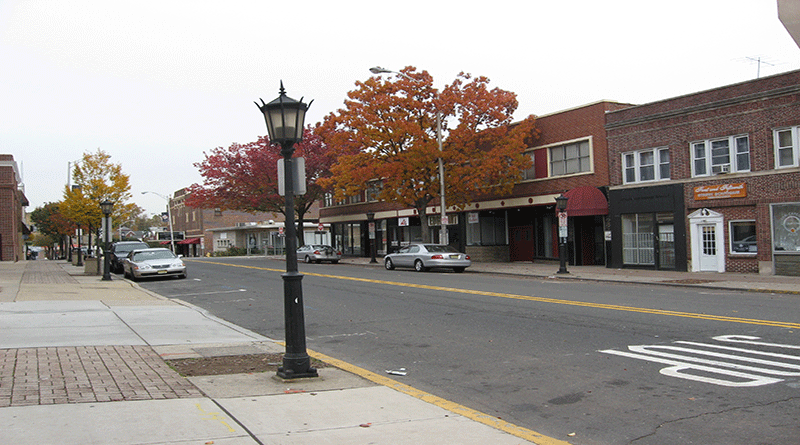 Rahway has been working hard in its TOD efforts. Mayor James Kennedy and the city’s redevelopment agency have recently taken another step toward transforming Rahway into a destination location similar in feel to Hoboken, using the train station, a junction for NJ TRANSIT’s Northeast Corridor and North Jersey Coast Line services, as a hub for activity that supports its central business district.

They have launched one of the city’s most ambitious TOD projects, Rahway Town Center, which calls for 150,000-square feet of retail, 305 housing units and a 102-room hotel. This project will relocate City Hall to the Rahway Public Library, constructed in 2004 within the redevelopment site, and make way for an open plaza surrounded by newly built shops and stores. In March, the Rahway Redevelopment Agency named Diversified Communities LLC of Parsippany as the redeveloper. The project has stirred opposition among some residents who feel any redevelopment plan should incorporate the current City Hall, which was built in the early 1980’s. The mayor believes that current location of City Hall, at the northwest corner of city plaza property, would cut off the new development from the business district, disrupting the sense of continuity and community openness that is a theme of the redevelopment plan. The NJ Department of Environmental Protection has granted a waterfront development permit, necessary for redevelopment given the close proximity to the Rahway River.

Work proceeds, meanwhile, on other TOD projects in Rahway. The 16-story Hotel Indigo, located across from the Rahway station, is nearing completion and is expected to open next spring. In addition, the planning board has approved two other projects. Heartstone Development LLC will soon begin work on Station Place on Campbell Street, between Elm Avenue and West Cherry Street, less than a ¼ mile from the Rahway station. The project will feature townhouses and flats; a total of 80 units. Site preparation is scheduled for next summer. On Elizabeth Avenue at the former Wheatena Cereal site, Matzel and Mumford plan to build 130 townhouses, about ½ mile from the station.