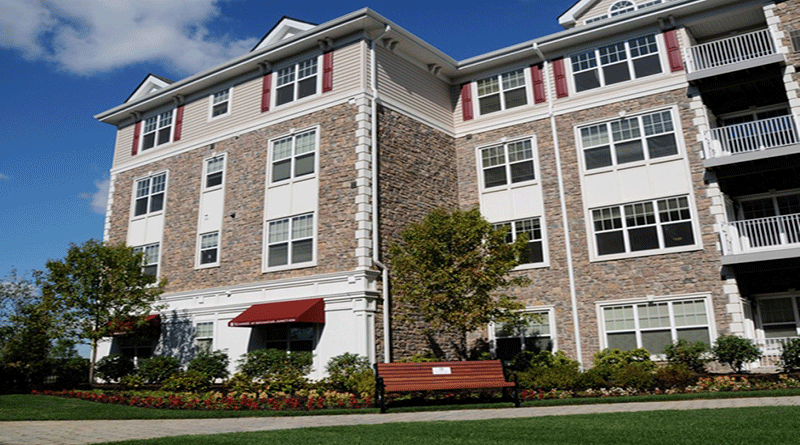 The Xchange at Secaucus Junction, a mixed-use residential community, is the first project to be built within the Secaucus Transit Village Redevelopment Area, anchored by the $450 million-dollar Frank R. Lautenberg Secaucus Junction station. Opened in 2003, Secaucus Junction serves as a transfer station for New Jersey commuters working in New York City and between rail lines located in the northern and central part of the state, linking 10 (out of 11) NJ TRANSIT commuter rail lines. Before the station opened, riders on the Bergen, Main and Pascack Valley lines traveled to the Hoboken Terminal and transferred to PATH or ferries to reach midtown or lower Manhattan. Now riders on those lines can change trains at Secaucus Junction for a 12-minute ride to Penn Station New York in midtown Manhattan. The station also provides a way to transfer between lines for those destined for Newark or other parts of the system, without traveling into New York. The station serves an average of nearly 17,000 passenger trips each day.

In 2002, the New Jersey Meadowlands Commission (NJMC) designated the station and 600 surrounding acres as the Secaucus Transit Village Redevelopment Area—a region bounded by the Hackensack River to the west, New County Road and the NJ Turnpike to the southeast, Jersey City water supply line to the north and Meadowlands Parkway to the northwest. The NJMC wants to balance local economic development needs with environmental stewardship in this protected area through a plan for transit-oriented development encompassing housing, retail, office and hotel uses in close proximity to the Secaucus Junction Transfer station.

Fraternity Meadows has completed work on the first building of the Xchange project, providing a total of 304 apartments, 64 of which are affordable units. In May, management began to offer leasing for these units and had signed 125 by late September. A lottery for the affordable housing units was also held in late September. A second building is currently under construction and will offer an additional 178 apartments, 38 of which will be considered affordable. This mixed-use building will also feature nearly 28,000 square feet of associated retail space. Eventually, the Xchange will include more than 1,800 units of rental housing on 33 acres along the Hackensack River. This rental housing village is designed to compete with Manhattan-style apartments while costing only half as much. Amenities to residents include a river walk along the Hackensack River, boat launch, fitness facility, internet cafe and a “mini-Central Park.” Rent for the one- to three-bedroom apartments will start at $1,800. Commuters living at the Xchange can make use of a shuttle offered by the rental community or walk the half mile to Secaucus Junction. A change in elevation between the Xchange development and the station has been eased by an enclosed stairway connecting New County Road with the access road to Secaucus Junction, North Road.

August 11, 2014 Steph_Admin Comments Off on Redevelopment Plans Lead to Results in Bound Brook