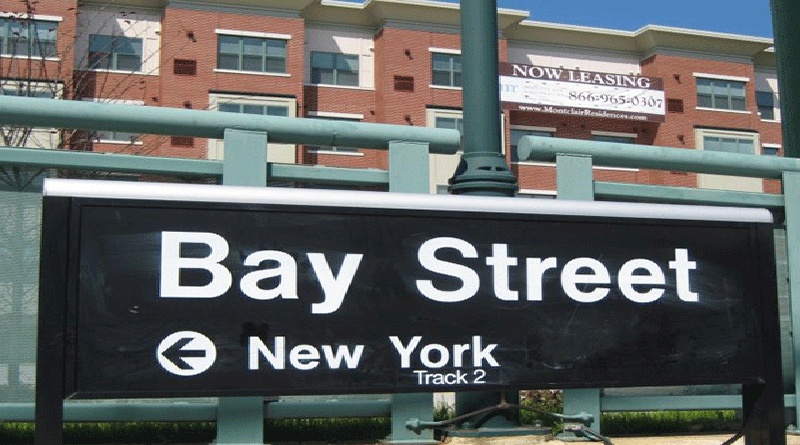 Construction of the highly anticipated Montclair Residences, a 165 luxury studio, one- and two-bedroom rental project at the NJ TRANSIT Bay Street Station in Montclair that broke ground in 2007, is near completion, with a certificate of occupancy expected in September. The transit-oriented development, designed by DMR Architects of Hasbrouck Heights and developed by Dallas-based residential developer Lincoln Property Co., sits directly adjacent to the train station. The project includes a new parking deck, shared with NJ TRANSIT, which includes separate designated parking spaces for the residential units and commuters, adding significant parking capacity to the area. Montclair Township sponsored the construction of the parking deck with a $2.5 million contribution from NJ TRANSIT. To minimize disrupting existing commuter parking, construction of the residential property did not begin until the new parking deck was complete.

The Bay Street Station, one of six in Montclair, is on Pine Street between Bloomfield and Glenridge avenues on the Montclair-Boonton Line whose service provides easy access to both Newark and New York City. The station’s usage increased dramatically after NJ TRANSIT constructed Montclair Connection, which combined the Montclair Branch and the Boonton Line and extended electrification to Bay Street station and Montclair’s other stations, This improvement enabled the introduction of “one seat ride” MidTOWN Direct service in 2002, which provides commuters direct service into New York Penn Station. Nearly a thousand riders board trains at Bay Street Station each weekday. The township planned for TOD around the Bay Street Station subsequent to these improvements.

The proximity of the station influenced the design of Montclair Residences—the apartments have been soundproofed to mitigate train noise. Additionally, Montclair’s planning board required the exterior of the building to blend with structures in the surrounding neighborhood by matching exterior masonry with that found on nearby buildings.

One goal of the $28 million development was to reduce the need for residents to use cars. Not only is the station readily accessible, but the new building is also situated within close walking distance of downtown Montclair.