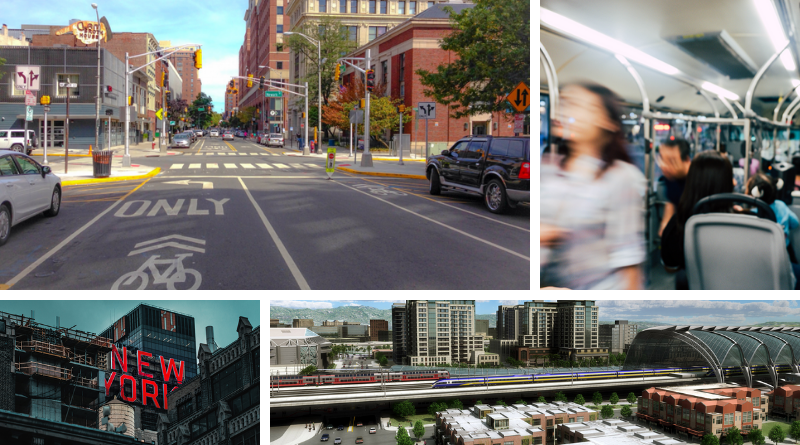 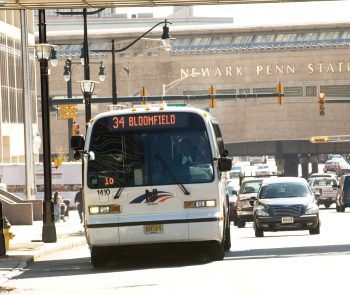 NEW JERSEY—N.J. Renters Could Get Relief Under Proposed COVID-19 Assistance Bill
Chris Fry, Jersey Digs, April 15, 2020
New Jersey state legislators recently proposed the 2020 New Jersey Emergency Rental Assistance Program to aid residential tenants experiencing financial setbacks due to pandemic-related issues. The bill, called S-2332, has yet to receive approval from Governor Murphy, but if passed, would create a $100M fund for renters whose hardships make it difficult to meet rental obligations and whose annual income falls below the upper limit of their county’s median family income. The bill was passed by the State Senate earlier this week, but will be voted on by the State Assembly in their next session.

NEW JERSEY—No Mask, No Service: NJ Transit Won’t Allow Riders Without Face Covering to Board
NBC New York, April 14, 2020
On Monday, Governor Phil Murphy and his office passed Executive Order 125, imposing mitigation requirements on NJ TRANSIT and private carriers to prevent the spread of COVID-19. Riders without face coverings or masks will not be allowed to board train carriages, and rules to enforce social distancing are now in place to reduce the number of people in a carriage. In the order, Gov. Murphy also requires customers to wear face masks when walking into restaurants and picking up take-out orders.

NEW YORK—State Allows More Construction, But Raises Questions on Housing
Kathryn Brenzel, The Real Deal, April 13, 2020
As New York State grappled with the COVID-19 outbreak, Gov. Andrew Cuomo ordered a moratorium on non-essential constructions sites. However, updated state guidance on what counts as essential construction seems to be unclear, as restrictions change with every week. A week after the governor’s initial announcement, healthcare facilities, homeless shelters, transit projects, and affordable housing were considered exempt from the ban. According to New York Building Congress President Carlo Scissura, it is “imperative” to New York City’s ability to make a swift economic recovery that it honor its contracts and continue with pre-construction work, despite the pandemic lockdown.

CALIFORNIA—Coronavirus Threatens to Derail San Diego’s Plans to Expand Public Transit
Joshua Emerson Smith, The San Diego Union-Tribune, April 10, 2020
Before the pandemic, San Diego had been working to transform its public transportation sector with a tax proposal that would fund expansion of bus and trolley services and the buildout of a new commuter rail system. Now, however, the $24B project, ElevateSD, is on hold as the MTS and North County Transit District decreased service frequency and ramped up efforts to sanitize buses and trolley cars. As social-distancing mandates continue, SANDAG Chief Economist Ray Major worries that a prolonged recession could cause “fundamental changes in the economy” and funding for San Diego’s projects could be significantly hurt.

CALIFORNIA—Affordable Housing Can Cost $1 Million per Apartment in California. Coronavirus Could Make It Worse
Liam Dillon, Ben Poston, Julia Barajas, Los Angeles Times, April 9, 2020
According to a recent U.S. GAO report, California is the most expensive state in the country for construction of affordable housing. In 2009, the build-out of The Pearl, an affordable housing project on Solana Beach, California proposed 18 low-income units at approximately S414,000 per apartment, but in 2020, each apartment is expected to cost $1.1M. Developers point to political and bureaucratic forces that cause construction delays and drive up costs. As construction and legislation is further delayed by the coronavirus pandemic, UC Berkeley faculty researcher Carolina Reid expects that those working to provide affordable housing will face challenges for years.

In a Pandemic, We’re All ‘Transit Dependent’
Jarrett Walker, Citylab, April 7, 2020
In this Perspective piece for Citylab, transit planner and consultant Jarrett Walker talks about changing the way we view the purpose of transit. As ridership plummets amid the coronavirus pandemic, the goal of transit shifts from a revenue focus to a service focus. He writes, “The goal of transit, right now, is not competing for riders nor providing a social service. It is helping prevent the collapse of civilization.” Despite reduced services and lower passenger loads, transit keeps essential workers moving and maintains the supply chain for grocery and supply stores. Transit is, at the core, a part of the city that people depend on; Walker argues that it should be viewed as an essential service, like police and water.

PHILIPPINES—DOTr Expands Free Frontliner Bus Ride System to Other Regions
Manila Bulletin, April 11, 2020
In the Philippines, the Department of Transportation continues to provide free bus rides for medical front-liners in the National Capital Region and will expand this service to outer provinces. In partnership with the Land Transportation Office, and the Land Transportation Franchising and Regulatory Board, the DoTr released 19 routes within the National Capital Region, which can be viewed on Google Maps. Fuel companies like Phoenix, Total, CleanFuel and Petron, and Seaoil are providing fuel subsidies for the vehicles used in the program. Health workers who use their own vehicles will not be charged toll fees on expressways in Luzon while the country’s enhanced community quarantine (ECQ) is in effect.

CHINA—China Continues the Metro & Railways Projects in Beijing
Neha Singh, Metro Rail News, April 9, 2020
The Beijing Major Project Construction Headquarters Office announced last week that it will be resuming development work on 21 metro and railway projects, work that had been delayed by the COVID-19 pandemic. Total investments in the projects amount to approximately $4.8B in fixed assets. Beijing officials are eager to pursue the delayed projects. Before beginning construction, 1,500 workers from the Metro Line 19 building site were given nucleic acid tests for clearance.

CHINA—Masked Crowds Fill Streets, Trains After Wuhan Lockdown Ends
Sam McNeil, WJLA, April 8, 2020
When Wuhan’s 76-day coronavirus lockdown was lifted on Wednesday, millions of people flocked to the streets in masks to celebrate the reopening of the city. The city’s population of 11 million people clogged streets with traffic and formed long lines at airports, bus stops, and train stations as travel resumed to and from work and various recreation areas in the city. After more than two months of lockdown, the Chinese government reported no new cases in Wuhan on Wednesday.

Municipal Aid Applications for NJDOT Being Accepted for Nearly $165 Million in FY21 Grants
New Jersey Department of Transportation, April 14, 2020
The grant solicitation period for NJDOT’s Fiscal Year 2021 State aid programs such as Municipal Aid, Transit Village, Bikeway, and Safe Streets to Transit, opened on April 13, 2020 and will be open until July 1, 2020. The Municipal Aid grant for walking and biking projects has up to $151.25M to fund local transportation projects, and Urban Aid is expected to release an additional $10M, totaling to $161.25M available to all municipalities. The Transit Village program, Bikeways, and Safe Streets to Transit each have $1M available for grant awards to eligible municipalities. Grant awards will be announced in November.

NJEDA Extends Reporting Deadlines for HUB, Grow, and ERG
New Jersey Economic Development Authority, April 13, 2020
Due to extenuating circumstances arising from New Jersey’s EO 107, the statewide stay-at-home order and closure of all non-essential businesses, the New Jersey Economic Development Authority is extending the annual tax reporting deadlines for the Grow New Jersey, Economic Redevelopment and Growth, and Urban Transit Hub programs. Businesses that received tax credits from these programs are exempt from the deadline for as long as Governor Murphy’s EO 107 is in effect. The NJEDA encourages businesses to reach out to their assigned Incentives Officer for specific concerns and questions.

Freehold Borough Officials Eye Purchase of Building for New Town Hall
Matthew Sockol, Central Jersey.com, April 10, 2020
On Monday, Borough Council members introduced an ordinance to move the Freehold Borough Hall, the police department headquarters, and municipal court to a property on Mechanic Street. The site is within North Jersey Transportation Planning Authority’s proposed transit village area near the Freehold Bus Station. If passed, the ordinance will authorize the purchase of the Mechanic Street property. The public hearing on the ordinance is set for April 20.

Other Regional and National TOD News

MONTANA—City Sees Affordable Housing Opportunities in Purchase, Redevelopment of Sleepy Inn
Martin Kidston, Missoula Current, April 14, 2020
In Missoula, Montana, local experts laud the proposed purchase and redevelopment of a West Broadway motel into affordable and low-income housing. Mayor John Engen announced on Monday that the city planned to purchase Sleepy Inn, a motel on the corner of West Broadway and Russell Street, for $1.1M. Currently, the facility is being used as a shelter during the coronavirus pandemic, but will be renovated and redeveloped into a residential space. The parcel sits on a transit line, near a 12-acre, city-owned property in the Midtown district. The purchase of the property first needs approval from the City Council, which will meet this month.

MARYLAND—NRP Group Breaks Ground on 354-Unit Greenbelt Project
Jon Banister, Bisnow, April 10, 2020
Despite economic uncertainty and the threat of a public health crisis, Cleveland-based developers NRP Group is moving forward with the development and construction of a 15-acre residential transit-oriented complex in Prince George’s County, Maryland. Just half a mile away from the Greenbelt Metro station and less than a mile away from The Beltway, the development will feature two five-story apartment buildings with more than 350 units, a gym, a business center, an outdoor pool, and cyclist- and pedestrian-friendly outdoor amenities. Construction is scheduled for completion in 2021.

CALIFORNIA—SPUR Talk: The Future of Diridon Station
Roger Rudick, Streetsblog SF, April 8, 2020
Design and project plans for the Diridon Integrated Station, a $5-10B railway station redevelopment and transit-oriented development project, have been in the works for several years now. As progress lags on the project, and neighboring cities develop railway plans of their own, the design plans for the historical train station may need another overhaul. San Jose Department of Transportation official Jessica Zenk mentions the possibility of an underground station or an elevated station-and-track concept that will integrate the current Diridon LRT station and the San Fernando VTA Station.