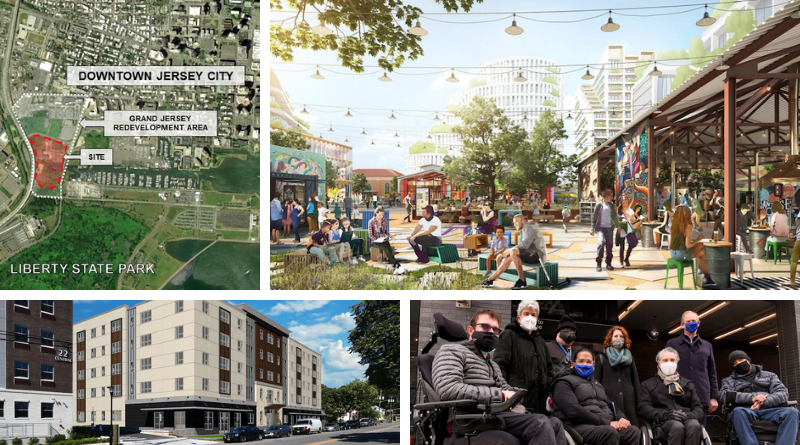 The Oregon House of Representatives is considering a bill that would overrule local zoning regulations for residential areas within 1/8th of a mile of high-capacity transit stops, allowing up to 45 housing units per acre. Some argue against Oregon House Bill 2558, saying that “by-right” zoning would undermine support for public transit, and that, in most cases, this kind of development is already legal. But others believe that the commonsense idea for the legislation remains: where government invests millions in public transit infrastructure, government should increase the number of people allowed to live there.

Rail Transit and Covid-19, One Year Later
David Peter Alan, Railway Age, April 5, 2021
A comprehensive look at how the COVID-19 pandemic has dramatically affected mass rail transit in North America. For example, pandemic-related service reductions mean that car-centric Los Angeles currently has more rail lines in operation than San Francisco. Among the items discussed is the possible reconfiguration of commuter rail service. In one instance, Boston’s MBTA planners have de-emphasized peak travel, instead spacing trains at hourly intervals throughout the day. Similarly in the San Francisco area, Caltrain is running two trains per hour in either direction each day.

NEW JERSEY—Essential Workers Still the Backbone of NJ Transit’s COVID Ridership, Survey Says
Larry Higgs, NJ.com, April 1, 2021
The results of NJ TRANSIT’s third COVID-19 rider survey showed an ongoing disparity between bus and rail ridership, likely attributable to essential workers. While 56 percent of New York bus riders said that they took the bus once a week, only 34 percent of rail commuters reported the same. Nearly all respondents (90%) reported that almost all passengers aboard the vehicle  wore masks. NJ TRANSIT will use the survey data, which also includes passengers’ feelings on returning to work, to help plan future service levels.

94-Unit Development with Commercial Space Proposed for West Orange
Jared Kofsky, Jersey Digs, April 6, 2021
A brownfield site on the West Orange / Orange border, currently undergoing remediation, might become the location of a mixed-use apartment building, if the West Orange Planning Board approves the plans of developer The Alpert Group. The 94-unit building would be directly adjacent to two other recent developments, and a short walk from NJ TRANSIT’s Highland Avenue Station.

‘Expedite Emerson Station’ — Judge Demands Action on Affordable Housing
Michael Olohan, Pascack Press, March 29, 2021
A Superior Court judge ordered the Borough of Emerson to expedite approvals of a TOD with affordable housing that the court approved two years ago. The mixed-use development, which would include 29 affordable units of a total of 149 units, would be built adjacent to Emerson’s NJ TRANSIT Station, and satisfy the municipality’s obligation to provide its Fair Share of affordable housing under the Mount Laurel decision.

COLORADO—Colorado House Passes Bill To Boost RTD Ridership, Lower Fares
Audra Streetman, CBS Denver, April 7, 2021
A bill recently passed by the Colorado House of Representatives removes the Denver Regional Transportation District’s (RTD) requirement to recover 30 percent of operating costs through fare revenue. This change would allow the agency to contract with nonprofits and local governments, and to develop agency property for commercial and residential uses. It also would give RTD more authority to pursue TOD in the Denver area.

NEW YORK—MTA Looks to Zoning Policy Proposal to Expand System Accessibility
Mischa Wanek-Libman, Mass Transit Magazine, April 5, 2021
In an effort to speed up accessibility improvements for a largely inaccessible system, the MTA hopes to use “easement certification” to incentivize developers to expedite the delivery of these much-needed projects. For example, should the MTA need to reserve space for an accessible entrance sited on an adjacent development site, a density bonus could be awarded to offset the easement. The agency hopes that this tool will help it to reach its 50 percent accessibility target by 2029, though the proposal must still be reviewed by community boards, borough presidents, and the New York City Planning Commission.

WASHINGTON, D.C.—Willco Pitches 20-Acre, 8-Building Development Near Pike & Rose
John Banister, Bisnow Washington D.C., April 5, 2021
Developer Willco filed a plan to construct up to 2,063 residential units and a maximum of 415,000 sq. ft. of commercial space in seven buildings in the North Bethesda area. The development will complement several other recent multifamily and office projects in its immediate vicinity. The site is located about a half-mile from WMATA’s White Flint Station.

MASSACHUSETTS—Bakery in Ashland to Close as Proposed Development Takes Root
Lauren Young, The Milford Daily News, April 4, 2021
A ten-year-old bakery will be demolished for a mixed-use downtown revitalization project in Ashland, a small municipality in the suburbs west of Boston. The move is due to Massachusetts’ recently passed Chapter 40R affordable housing and transit-oriented development legislation, which institutes zoning overlays that incentivize denser development in areas close to mass transit. The redevelopment, called Ashland Mills, will include residential units with a 25 percent affordable allocation and commercial space. The site will be served by an electric bus, linking it to the nearby MBTA Commuter Rail Station.

HONG KONG—Hong Kong Developers Kick Off Multigeneration Housing Projects for the Elderly to Live in Proximity to their Families
Sandy Li, South China Morning Post, April 7, 2021
Sun Hung Kai Properties intends to reserve 20 percent of the 1,518 new apartments in its proposed development for the elderly, in what is being touted as Hong Kong’s first “multi-generation” housing project. The project anticipates Hong Kong’s aging population—37 percent of the area’s population is projected to be 65 or older by 2066. This transit-adjacent project would allow families to have their own separate units in close proximity to one another.