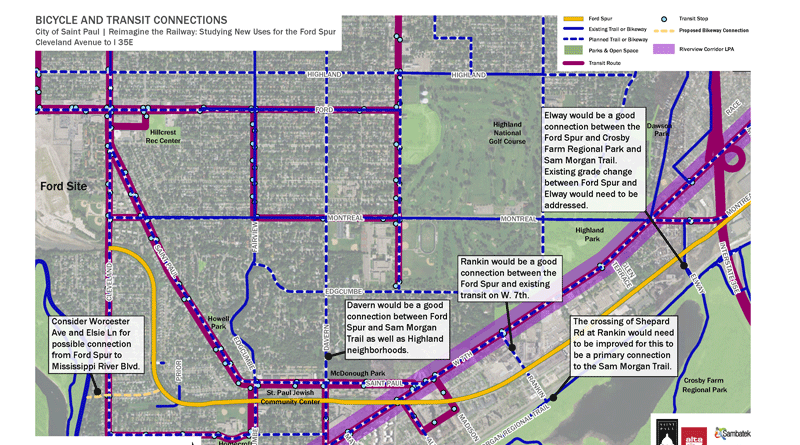 NJ Transit Exploring Sale of Air and Land Rights around Train Stations
Tom Bergeron, Return on Information | New Jersey, December 7, 2018
The executive director of NJ TRANSIT, Kevin Corbett, spoke at a Meadowlands Chamber of Commerce event last Friday on the topic of station air and land rights, specifically noting the success New Brunswick has had with developments around its station. Corbett stated that NJ TRANSIT would like to start focusing efforts on development around Secaucus Junction and some smaller stations, following the examples of towns along the Morris and Essex Line that have seen successful development.

Next Stop for Amtrak: Secaucus? That Could be an American Dream for the Meadowlands
Larry Higgs, NJ Advance Media for NJ.com, December 8, 2018
The Meadowlands Chamber of Commerce has proposed to Amtrak that it begin making a few stops per day at the Secaucus Junction Station to facilitate easy access for travelers from Washington, D.C. or Boston. Meadowlands Sports Complex and MetLife Stadium are scheduled to host a number of prominent events in upcoming years, and the surrounding area has been undergoing development catered to visitors, such as construction of hotels. An Amtrak spokeswoman stated that it is premature to begin discussing stops at Secaucus.

Sterling Properties is scheduled to open a new apartment complex in Somerville, NJ known as SOMA in early 2019, with available studio, one-bedroom, and two-bedroom rentals. The complex is located two blocks from the Somerville Train Station on the Raritan Valley Line. It is the most recent addition to Somerville’s redevelopment efforts that won a 2018 NJ Future Smart Growth Award.

Paterson: State Approves $30M Tax Credit for Train Station Project
Joe Malinconico, Paterson Press, December 12, 2018
The City of Paterson has received $30 million in state tax credits for a mixed-use development around its train station. An old parking garage will be demolished to make space for the development that includes housing, office and retail space, and a new 940-space parking garage. Housing at the complex will not be funded by tax credits, but rather by a private developer.

Atlanta City Council Approves Long-Term Transportation Plan
Katie Pyzyk, Smart Cities Dive, December 10, 2018
Last updated in 2008, the Atlanta Transportation Plan (ATP), has recently been refreshed and now includes 20 programs and 200 projects designed to maximize and expand on transportation assets and accommodate new growth to the metropolitan area. The ATP features cycling and pedestrian improvements, which strengthen its efforts to reduce the number of cars on the road. Currently 69 percent of commuters in Atlanta drive alone to work.

Could an Old Rail Line Be a Bike-Walk Trail from the Ford Plant Up West Seventh? Or Transit?
Frederick Melo, Pioneer Press, December 10, 2018
The St. Paul Planning Commission has published a study proposing several different transportation uses for a railroad spur connected to the former Ford Twin Cities auto plant. The auto plant is scheduled to be redeveloped into 40 city blocks of housing and retail space. If Canadian Pacific agrees to sell the railroad spur, it could be developed into pedestrian and bicycle trails or a public transit route to support the new resident and business population.

As Cities Confront Climate Change, Is Density the Answer?
Patrick Sisson, Curbed, December 11, 2018
The recent publication of the Fourth National Climate Assessment has many cities across the globe working towards policy changes to counteract climate change issues. In the United States, Minneapolis, Minnesota has published its 2040 Comprehensive Plan and California legislators have been working to pass new TOD legislation. Both efforts would increase density, add to the housing stock, and encourage transit usage to cut back on carbon emissions.

Can a Train Station Turn This Ugly Part of Fort Worth into a Smokin’ Hot Neighborhood?
Gordon Dickson, Star-Telegram, December 11, 2018
A mixed-use neighborhood in Fort Worth, Texas is scheduled for redevelopment under a public-private partnership led by developer Newell Companies. The forthcoming Trinity Railway Express (TRE) commuter rail station will allow trains to stop in the neighborhood. The City of Fort Worth created the Trinity Lakes tax-increment financing district to help finance infrastructure improvements in the area. Project plans call for the construction of roads that serve cars, pedestrians, and bicycles simultaneously and for the new Trinity Lakes Station, which will replace the park-and-ride Richland Hills Station located less than a mile away.

Activa to Spur Strong Business Growth in Quezon City
Leony Garcia, Philippines BusinessMirror, December 12, 2018
One of the oldest business districts in the Philippines will soon see a mixed-use TOD called Activa. The development is in the most populous city in the country and located near numerous bus stations as well as two main train lines. Activa has 24 stories and will house office units, residential spaces, a hotel, and five-level shopping mall.

Suburban Residents Want Urban Amenities
By Kelsi Maree Borland, GlobeSt.com, December 13, 2018
Jose Sanchez, a retail and mixed-use design leader at DLR Group, reports that placemaking is becoming a strong focus of the urban design field, with specific attention to walkability, density, and community. Residents of suburban areas would like to see urban amenities in their neighborhoods, so suburban town centers are being redeveloped to feel more like an urban environment.

City’s TOD Policy Expands to Eight Bus Corridors Encouraging New Housing Projects
Sara Freund, Curbed Chicago, December 13, 2018
Chicago’s mayor has proposed an expansion of the city’s TOD policy to eight high-ridership bus corridors. If approved, the policy would allow developers to build at higher densities with no minimum parking requirements. Some residents are worried about gentrification aftereffects of the new policy, but any development built under Chicago’s TOD standards must comply with the Affordable Requirements Ordinance and provide a certain percentage of affordable units.