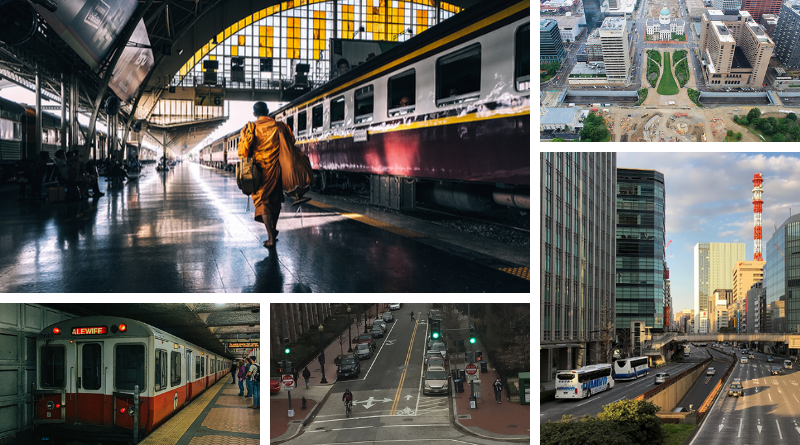 Bayonne Ferry Service One Step Closer to Reality
Chris Fry, Jersey Digs, January 21, 2020
At their January 15 meeting, Bayonne City Council voted in favor of finalizing a 10-year lease agreement to bring ferries to this Hudson County community. The deal would require $1.6 million for infrastructure improvements and construction of a new terminal on the south side of the Military Ocean Terminal. According to city officials, the ferry service, a joint effort between Bayonne and the Port Authority of New York and New Jersey, may be operational by September 2020.

We’re Losing Less Land to Development in NJ, and Slowing Loss of Natural Areas
Jon Hurdle, NJ Spotlight, February 3, 2020
According to new evidence from the New Jersey Department of Environmental Protection (NJ DEP), urban land development in the state, while still increasing, slowed down between 2012 and 2015. The rate of loss of wetlands, farmlands, and forests to new land development has dropped by more than half, much to the delight of conservationists and preservationists. Local Certificates of Occupancy confirm the trend, showing the majority of the growth is taking place in redevelopment areas. Also noted is the trend of people in their 20s settling in more urbanized areas because they do not want or cannot afford single-family homes in traditional suburbs.

Jersey City PILOT Audit Looks to ‘Hold Every Developer Accountable for Their Fair Share of Taxes’
John Jordan, GlobeSt.com, February 5, 2020
After an audit on the Board of Education in 2019 revealed that Jersey City and its school district were incorrectly assessing Payment in Lieu of Taxes (PILOT) agreements, Jersey City Mayor Steven Fulop announced plans to begin an independent audit this year. Any additional revenue found after reviewing 178 active abatement agreements will return to the Board of Education. According to Mayor Fulop, the city will work closely with the board to resolve these issues. “If there are recommendations from their audit that show areas where more money can be made available, our responsibly is to pursue it,” he announced.

Town is Reimagining Its Downtown with Massive $500M Development
Brianna Kudisch, NJ Advance Media for NJ.com, February 5, 2020
On Tuesday, East Brunswick Township officials announced an agreement with River Development Equities, LLC on a $500M redevelopment project on Route 18. When completed the mixed-use transit-oriented development would be located between Ruth Street and Lake Street, just less than a mile from Exit 9 on the New Jersey Turnpike. Warren Waters, the developer, assures that the process will be centered on “listening to the next generation, understanding what they need, [and] letting it take place.” The development will include a mass transit facility, public parking, mixed-use residential and commercial buildings, a hotel, restaurants, retail spaces, pedestrian walkways and a central public plaza.

How to pay for infrastructure? Ways and Means will count the ways
Jessica Wehrman, Roll Call, January 28, 2020
On Wednesday, the House Ways and Means Committee will confer to discuss funding strategies for a federal infrastructure bill. A paper from the Joint Committee on Taxation put four options on the table: mileage-based tax system, an infrastructure bank, tolling, and public-private partnerships. Many still think that the easiest option may be to raise the gas tax, something that hasn’t been changed since 1993. However, as technology continues to produce increasingly fuel-efficient cars, there are doubts whether an increase on the gas tax will be enough to fund the nation’s needs for highways and mass transit.

Virginia Shows Some TLC for TOD: Transit-Oriented Development
Wyatt Gordon, Greater Greater Washington, January 30, 2020
Last week, the House Committee on Transportation of Virginia voted in favor of HB585, a bill sponsored by Delegate Elizabeth Guzman requiring all cities and towns with over 20,000 people, and all counties of over 100,000 residents, to promote density, walkability, and growth around transit in their comprehensive plans. HB585 is intended to  reduce greenhouse gas emissions through coordinated transportation, housing, and land use planning. Following passage in the House, the legislation will now make its way to the Senate.

Seven Communities Receive Funding for Downtown Improvements
John Asbury, Newsday, February 3, 2020
Nassau County, Long Island has awarded $1M in Federal Community Development Block Grant funding to seven communities to create more walkable downtowns, attract businesses and residents, and encourage transit-oriented development. The awardees are Long Beach, Hempstead, Freeport, Farmingdale, Roslyn, Hicksville, and Elmont. In Long Beach, the city plans to use the grant for improvements to the city’s bus terminal and LIRR stations and to add bike lanes and parking near transit stations. The City of Roslyn plans to implement a pedestrian walkway near its LIRR station and Hempstead will repave crosswalks near the NICE bus depot.

California’s big housing bill fell short. A push for backyard cottages is moving ahead
John King, San Francisco Chronicle, February 3, 2020
Despite facing defeat on transit-oriented housing bill SB50, state legislative efforts are pushing for more new housing that could address California’s housing crisis on a different scale. Several bills that went into effect in January clear regulatory obstacles to building “granny flats” or “backyard cottages”.  One of bills bars cities and counties from charging homeowners for building a second unit on their properties. Known as accessory dwelling units or ADUs, these small residences may be 750 square feet or less, and require no additional parking when located within half a mile of a transit stop, under the new state laws. The backyard building boom is already making an impact, with 360 units approved in the state in 2016 and over 5,000 approved in 2018.

CharlieCards May Grow More Affordable for Boston Workers
Daily Free Press Staff, February 3, 2020
The Boston City Council is considering a plan to require employers to allow their workers to buy monthly transit passes, known as CharlieCards, with pretax dollars. While specific details on the implementation of the proposal are still under deliberation, District 1 Councilor Lydia Edwards says that the initiative could “benefit people on their taxes and encourage more people to take public transportation.” Officials agree that it could improve low income access to public transportation and simultaneously help tackle carbon emissions.

NY Makes Another Attempt at High-Speed Rail
Jeff Platsky and Steve Orr, Times Telegram, February 6, 2020
Last month, Governor Andrew Cuomo revealed his 2020 agenda to address one of New York’s age-old problems: connecting upstate and downstate through a modern-day rail system. “High-speed rail has been merely a concept in New York State, even while the rest of the world has built thousands of miles of high-speed rail,” said Cuomo. He proposed a study to create a new plan to build faster, greener, more reliable high-speed rail in New York. Concerns over cost have beleaguered attempts to build modern passenger rail systems.

CANADA: Port Moody and Anmore Mayors Feud Over Future of One of Metro Van’s Remaining Undeveloped Areas
Justin McElroy, CBC News, February 1, 2020
A feud over a 232-acre plot of land between Port Moody and Anmore started between mayors Vagramov and McEwen last week. The lands, a mostly forested area, is split between urban Port Moody and rural Anmore. Last year, Anmore began consultation on a mixed-use development with up to 1,580 units of housing, many consisting of 3 bedrooms or more. However, Port Moody Mayor Rob Vagramov argues that the land is too far from the city, calling it “an alarming example of the worst kind of car-dependent urban sprawl.” They have yet to reach a consensus on the future of the land.

JAPAN: Olympic Transport Takes Smart Route
The Japan News Staff, February 2, 2020
Transportation and vehicles for the 2020 Olympic and Paralympic Games in Tokyo are ready, organizers say. The organizing committee will be providing about 5,500 buses and passenger cars equipped with GPS and a special tracking system to transport athletes between the Olympic Village and competition venues. Organizers will utilize data collected and operate a “transportation operations center” to coordinate and optimize transport. More than 10 million visitors are expected in Tokyo from within and outside Japan, and organizers and planners are intent on managing congestion caused by the influx of people.