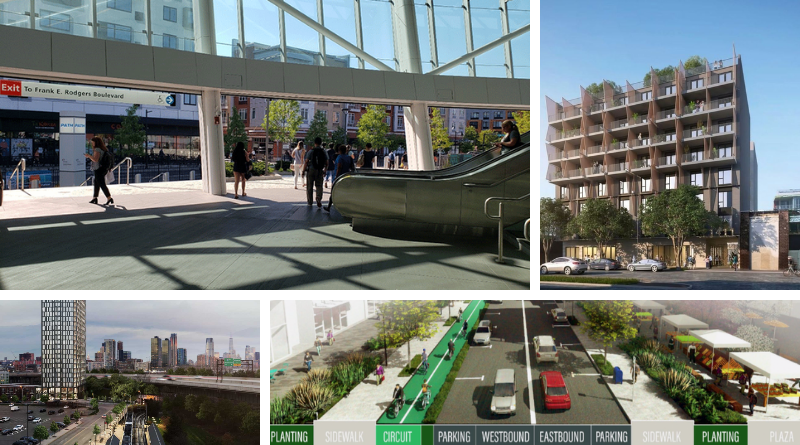 ARTICLE OF THE WEEK

Facing a $40 Billion Shortfall, U.S. Transit Agencies Jump into Real Estate
Nate Berg, Fast Company, March 3, 2021
Transit agencies are reevaluating their real estate holdings in an effort to diversify revenue streams in the face of persistent revenue shortfalls from reduced ridership. The Santa Clara Valley VTA, for example, has identified 25 sites in dense Silicon Valley for transit-oriented developments by 2040, and thereby hopes to gain $250M in revenue. In Atlanta, MARTA is using agency-owned land to construct TODs. The agency is also working to ensure that affordable housing is part of its program, and has partnered with the National Equity Fund and Morgan Stanley to create the $100M Greater Atlanta Transit Oriented Affordable Housing Preservation Fund.

NEW YORK—Empty Office Buildings Squeeze City Budgets as Property Values Fall
Alan Rappeport, The New York Times, March 3, 2021
Property taxes can account for up to 30 percent of annual revenue for municipalities, leading to concerns about cuts to jobs and services as real estate, idle due to the pandemic, fails to generate much-needed funds. Moody’s projects that office and retail real estate values could fall by as much as 12.6 and 16.5 percent, respectively, by the end of the year.

Does Remote Work Put Transit-Oriented Development in Jeopardy?
Logan Nagel, Propmodo, March 2, 2021
Changes in commuting patterns prompt thoughts for how TOD might evolve, as developers consider leaning into workforce (rather than luxury) housing, or design future TODs to include roomier remote workspaces.

CHICAGO—How COVID-19 Has Impacted Chicagoland Public Transportation Workers
Igor Studenkov, Streetsblog Chicago, March 2, 2021
A feature article looking at the toll Chicago transit workers have paid during the COVID-19 pandemic. At least 14 area transit workers have passed away from the virus, though this figure does not take into account freight employees working on passenger service. In the past year, 11 percent of Chicago Transit Authority (CTA) workers have tested positive for COVID-19. In late January, Illinois transit workers became eligible for vaccination.

Hoboken Bikeshare Program Gets a Lyft. Council Approves Contract Linking Service with Jersey City, NYC
By Casey Ferrante, TAPintoHoboken, March 5, 2021
Hoboken has recently approved a contract with Lyft to bring bikeshare services to the city. The contract completes a joint agreement with Jersey City and extends interoperability of the bikeshare system between the two communities and with New York City. Lyft will install about 200 bikes and 15 stations in Hoboken by the beginning of May, and will add 100 bikes and 14 stations during the summer.

Newark Hopes a Land Bank Will Help Revitalize its Neighborhoods
Jared Brey, Next City, March 2, 2021
The Newark Land Bank, the first land bank in the state, will begin accepting applications and bids for its roughly 100 vacant sites. The land bank hopes to use its portfolio to strategically build equity in disadvantaged communities, and has already received over 1,000 expressions of interest.

Jersey City Development Site Sells for $25.5M
Jersey Digs, March 2, 2021
A 7.2-acre parcel next to the West Side Avenue Station of the Hudson-Bergen Light Rail, and across the street from the massive Bayview redevelopment site, was recently sold to a private LLC. Realtors speculate that this site might soon be slated for major redevelopment.

Ironstate, Pegasus Unveil 310-Unit Rental Project, their Latest in Harrison
Joshua Burd, Real Estate NJ, March 2, 2021
The Eddy will add 310 apartment units to Harrison, and will be situated on the Hackensack River waterfront, about a half-mile from the Harrison PATH Station.

Hearing Set to Discuss Plan for New East Orange Development with Over 300 Units
Jared Kofsky, Jersey Digs, March 1, 2021
Developer 111 Prospect Holding, LLC has proposed a 322-unit development in East Orange. The building, which would be a short walk from East Orange’s Brick Church NJ TRANSIT Station, must still be approved by the East Orange Planning Board.

WASHINGTON—Sound Transit Board Approves Transfer of Surplus Property at No Cost to City of Seattle for Development of Affordable Housing
Mass Transit, March 1, 2021
Sound Transit and the City of Seattle have entered into a partnership in which 10 parcels of land owned by the transit agency will be used by the City to construct housing at or below 80 percent of the Area Median Income. Seattle has committed $10M thus far to the project.

HAWAII—Kahului Project Would Include Housing and Civic Center
Dakota Grossman, The Maui News, March 1, 2021
The Hawaii Housing Finance and Development Corporation (HHFDC) is planning a mixed-use development with a new library, community center, affordable housing, and office space adjacent to a new bus hub. HHFDC intends to build 150 to 300 affordable housing units for residents making 60 percent or less of the Area Median Income, and a tentative completion date for the project is set for 2026.

CALIFORNIA—Plans Revealed for 227-unit Micro Housing Development in DTLA
Kelsey Pudloski, Livabl, February 25, 2021
A Los Angeles developer plans to build 227 small-sized housing units close to Metro’s Pico Station, and is applying for Transit-Oriented Communities (TOC) Tier 4 incentives, which would eliminate the need to provide for vehicular parking. Most units would be 289 sq. ft., about a third of the average apartment size in Los Angeles.

GERMANY—The City Where Cars Are Not Welcome
Jack Ewing, The New York Times, February 28, 2021
Heidelberg’s mayor is reducing the City’s dependence on cars by building robust bike infrastructure, creating a fleet of electric buses, and giving residents who sell their car a year of free public transit. The City has also invested in the Bahnstadt (“Rail City”) development, which is close to transit, radically de-emphasizes car use, and has energy efficient buildings heated by a plant burning wood.

INDIA—Transit-Oriented Hub in East Delhi Awaits Nod
Shinjini Ghosh, The Hindu, February 27, 2021
The Delhi Development Authority (DDA) hopes to gain statutory approval to continue work on a 1,000-unit Transit-Oriented Development (TOD) between the Pink and Blue metro lines. The DDA intends to construct more TODs in the future, according to a policy the agency adopted in 2019.

Who in New Jersey Lives Near Transit?

December 31, 2010 Steph_Admin Comments Off on Who in New Jersey Lives Near Transit?