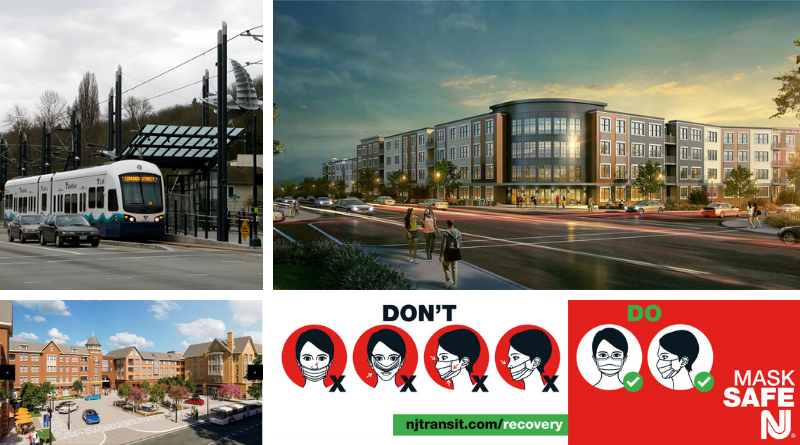 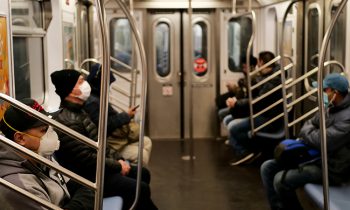 CDC Makes Mask Wearing Mandatory on US Public Transportation
Joshua Minchin, Intelligent Transport, February 3, 2021
The CDC has ordered passengers on all public transportation (i.e., any vehicle that is not private) within the U.S. to wear masks that cover the mouth and nose, or risk breaking federal law. Further, the CDC has warned that is the responsibility of transportation operators to enforce this new directive as best as they are able. Specifically, the order applies to all transit vehicles and facilities and says that masks must be worn “while boarding, disembarking, and traveling on any conveyance into or within the United States,” as well as “at any transportation hub that provides transportation within the United States.” The 11-page order went into effect on February 1, 2021.

As Transit Agencies Ramp Up Mask Enforcement, Congress Airs Concerns about Safety of Transportation Workers
Michael Laris, The Washington Post, February 4, 2021
While most of the nation’s public transportation agencies have required passengers to wear masks aboard vehicles for many months, enforcement of these rules has lagged policy. But with the federal mask mandate recently issued by the Biden administration, some agencies have stepped up the use of the fines and “do not ride lists.” New directives from the Transportation Security Administration, issued January 31, require bus operators, subways, ferries, airlines, airports and train stations to enforce the mask mandate. For ground transportation, passengers have to be told when they buy tickets and again before departure that those who violate these rules “may be subject to penalties under federal law.”

Transportation Justice, Commute Knowledge, and Equitable Access
Erica K. Brockmeier, Penn Today, February 1, 2021
While many are decrying the end of public transportation in the wake of COVID-19, Megan Ryerson and her students at the University of Pennsylvania are examining how the pandemic and renewed attention to racial and social justice may make transportation more equitable in the future.

Renderings Released for Proposed 300-Unit Development Near Clifton Train Station
Jared Kofsky, Jersey Digs, February 3, 2021
Plans for the redevelopment of the former Black Prince Distillery site call for the demolition of the existing structure and construction of a multi-family building housing a total of 360 bedrooms and a parking garage. Surface parking would also be provided. In October 2020, the Clifton City Council approved a 300-unit development at 691 Clifton Avenue. The site is less than a quarter-mile walking distance from the Clifton Station, on the NJ TRANSIT Main Line.

Company Proposes Mixed-Use Senior Housing Complex Across from Mahwah Station
Jared Kofsky, Jersey Digs, February 2, 2021
New Hampshire-based Monarch Communities, LLC has proposed building a four-story senior housing and retail complex at 6 East Ramapo Avenue in Mahwah. The site is located opposite the Mahwah train station and Veterans Memorial Park. If completed as proposed, the 175-unit multi-family senior housing facility would comprise 97 congregate apartment units, 48 assisted living units, and 30 memory care units. A portion of the units (or beds) would be classified as “affordable.” The project would also include 7,956 sq. ft. of retail space and a parking garage.

‘One Property at a Time’: A City Tries to Revive Without Gentrifying
Tracey Tully,  The New York Times, February 2, 2021
While much has been made of burgeoning redevelopment in Newark’s downtown, more than 3,500 units of affordable housing have been built or are underway in the city’s other neighborhoods over the last five years. Supporting this construction is a set of policies and programs to promote local home ownership, equitable development, and wealth creation for residents. One such program, the recently launched Newark Land Bank, will take a two-fold approach—selling abandoned properties and providing training and technical support to buyers. 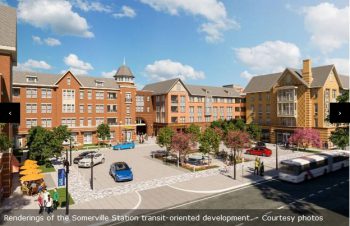 Somerville Transit Village Takes Shape Alongside Railroad Tracks
Rod Hirsch, TAPintoSomerville, February 1, 2021
Construction continues on Somerville Station, a mixed-use transit-oriented redevelopment project situated adjacent to the Somerville Train Station, on an 80-acre tract bounded by the railroad, South Bridge Street and Route 206. When complete the project will comprise 156 townhouses, 374 apartments in multiple buildings, a civic center with retail stores and parking structure. Property-owner Somerset Development has contracted with Pulte Homes to build the townhouses and Avalon Bay Communities to build the civic center, retail stores, apartments, parking deck, and a public plaza that will be located across from the train station.

WASHINGTON—Rainier Beach Station Area Finally Targeted for Development
Marc Stiles, Puget Sound Business Journal, February 4, 2021
Seattle nonprofit Mt. Baker Housing recently purchased a site proximate to the Rainier Beach Station in Southeast Seattle—an area that has not yet benefited from the rise in development near the city’s light rail stations. On the former Thunderbird Treatment Center site, Mt. Baker Housing plans to build five four-story buildings comprising a total of 243 apartments, ranging in size from studios to four-bedrooms. Residents will be low- to middle-income individuals and families who earn approximately 60 percent of area median income. Construction is to start in spring 2023 and finish in fall 2024.

ILLINOIS—Former Chicago Printmakers Collaborative Site Slated to Become Mixed-Use Building with Affordable Housing
Alex V. Hernandez, Block Club Chicago, February 2, 2021
The proposed adaptive reuse of the former home of the Chicago Printmakers Collaborative recently received the endorsement of Alderman Matt Martin, clearing the way for the project. When completed, the project will comprise 23 apartments (3 of which will be affordable) and two commercial spaces. The project abuts the Western Avenue Brown Line station and was granted transit oriented development status, allowing the builders to provide fewer parking spaces. A total of five parking spots will be available.