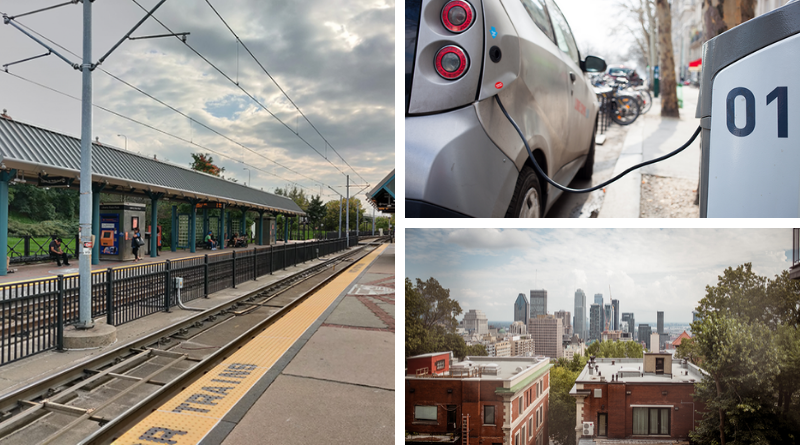 Plainfield Zoning Board Approves Cleveland Art District Project
Bernice Paglia, Tapinto.net, November 7, 2019
A plan for construction of three residential stories comprising 18 apartment units, above a former auto repair building on Cleveland Avenue received approval from Plainfield’s Zoning Board. The building is easily accessible by the city’s main transit line and is part of the TOD movement in the Downtown South Station area. The Plainfield Zoning Board approved the development timeline to complete all construction by October 2021.

Developer Pays $4.7M for Bergen-Lafayette Properties, Plans 100+ Units
Jared Kofsky, Jersey Digs, November 12, 2019
Developer FD Lot 9, LLC is seeking approval from the Jersey City Planning Board to build on two adjacent lots in Bergen-Lafayette. Development plans are for a six-story mixed-use building to comprise 14 apartments and 7 retail spaces, a penthouse on the sixth floor, and 39 ground level parking spaces. Six of the residential units will be allocated for affordable housing. The site for the developments is located within walking distance of the Liberty State Park station on the Hudson-Bergen Light Rail line.

Special Planning Board Meeting One of Three on Thursday in Plainfield
Jennifer Popper, TapInto.net, November 12, 2019
In Plainfield, the Planning Board began a series of special community meetings on Thursday to review amendments to the South Avenue East Redevelopment Plan and a study on the Park Avenue Gateway Area. The Park Avenue Gateway Area has been subject to redevelopment investigation this year. The Planning Board seeks to determine whether the area should be considered a non-condemnation area. The Planning Board will also hold the first of four Master Plan workshops to collect input from residents on land use, development, housing, transportation, sustainability, parks, and other topics. The results will inform a new Master Plan, to be adopted in June 2020.

Here’s How Much of Chicago’s Uber, Lyft Tax Will Go to Public Transit
Minho Kim, Chicago Business, November 7, 2019
News of Mayor Lori Lightfoot’s implementation of a ride-sharing congestion tax has been warmly received by urban transportation planners in Chicago. The tariff will apply to single-passenger vehicles in the downtown area between 6 AM and 10 PM. The city anticipates revenue of $40M, some of which will go to the improvement of CTA lines. Lightfoot intends to allocate $38M to the city’s general treasury to help close their $838M deficit.

Population Growth Will Mean More TOD Projects
Kelsi Maree Borland, Globe St., November 8, 2019
In anticipation of population growth over the next five years, Central Los Angeles is building more public transit to encourage density and transit-oriented development. Amber Schiada, Senior Director of Research and Strategy of JLL California, describes TOD as a “driving force behind investor activity,” encouraging more infill development and redevelopment projects between downtown and the ocean. Los Angeles is also in a rush to plan and prepare accommodations and services for the influx of visitors expected for upcoming sporting events such as the 2022 Superbowl and the 2028 Olympics.

Chicago Refocuses 28 City Planners on Neighborhood Revitalization
Sara Freund, November 8, 2019
Chicago city officials are adopting a more neighborhood-focused approach to planning in 2020. Planning Commissioner Maurice Cox announced Thursday that the current team of 20 city planners will be joined by 8 additional planners next year to review policies and initiatives that will create a more “holistic, equitable” Chicago. The Commissioner will be working closely with the city’s 50 aldermen to promote more “walkable geographies” and improvements to parks, transit stations, streets, and other public resources.

Revere Awarded $1million MassWorks Grant for Infrastructure Improvements on Ocean Avenue
Revere Journal Staff, November 8, 2019
Revere, MA will receive a $1M grant to improve pedestrian and bicycle access along Ocean Avenue near Wonderland MBTA station . Since 2008, officials have made concerted efforts to attract investment to the area. Bike and pedestrian infrastructure improvements and the creation of a walkable space are expected to benefit residents, visitors, and businesses along Ocean Avenue and boost the local economy.

Are D.C.’s Streets Finally Getting Safer?
Andrew Small, CityLab, November 11, 2019
In 2015, the District declared its commitment to Vision Zero but had its worst year for traffic deaths three years later.This year, the District Department of Transportation established a Vision Zero Office which began expediting quick-build safety projects for bicycle and pedestrian infrastructure, such as plastic pylons at crosswalks, dedicated bus lanes, and painted curb extensions. These changes have contributed to the lowest number of annual traffic deaths since the adoption of Vision Zero, but much work is still needed to achieve the campaign’s aim to eliminate traffic deaths by 2024.

Report: ATL Board’s Regional Plan Would Create about 1,000 Miles of New Transit Lines
Sean Keenan, Curbed Atlanta, November 11, 2019
Atlanta plans to boost employment near high-capacity transit stations by investing $27.4B in transit that would result in 973 miles of new transit lines and 1,126 miles of improvements in 13 counties. ATL Executive Director Chris Tomlinson hopes that transit-oriented development can increase property values and intensify redevelopment. If all the projects materialize, the region can expect a significant increase of new jobs within a half-mile of transit stations. These developments are projected to bring 420,000 new jobs to the area.

Cook County’s Transit Transformation
Mari Cohen, Chicago Mag, November 11, 2019
To battle divestment and population loss in Chicago’s South Side and to address poor access to employment locations in the county, Cook County officials are launching a pilot program to add more trains to the Metra Electric Line. The pilot will also provide discounted Metra fares to areas within the city limits and free transfers between Metra Electric and Rock Island lines, Pace buses, and CTA trains and buses. The transfers anticipate the eventual move to a one card system for all of the modes – Pace and CAT currently use the Ventra card system. Improvements to the Metra stations and increased ADA compliance are also underway. Long run efforts to continue the strategies tested in the pilot may potentially be funded by the revenues from July’s motor fuel tax increase.

A Global Hub Turns to TOD
Steve Potvin and Craig Sklenar, Stantec, Railway Age November 11, 2019
Montreal officials continue to invest billions to transform the transit system in an effort to keep pace with intensive business development in the city and surrounding suburbs. When complete, Reseau Express Metropolitan (REM), a 42-mile autonomous rail system, is expected to link multiple light rail and national railway systems, including a line to Montreal International Airport from downtown Montreal. Other plans in the transit network include the connection of tramway corridors and a BRT system through the city. Montreal’s regional planning agency, Communauté Métropolitaine de Montréal (CMM), is investing C$1.3 million for 13 priority station areas to plan for transit-oriented development and mixed use properties in transit sheds.

December 21, 2012 Steph_Admin Comments Off on Bound Brook – Moving Toward Its TOD Future