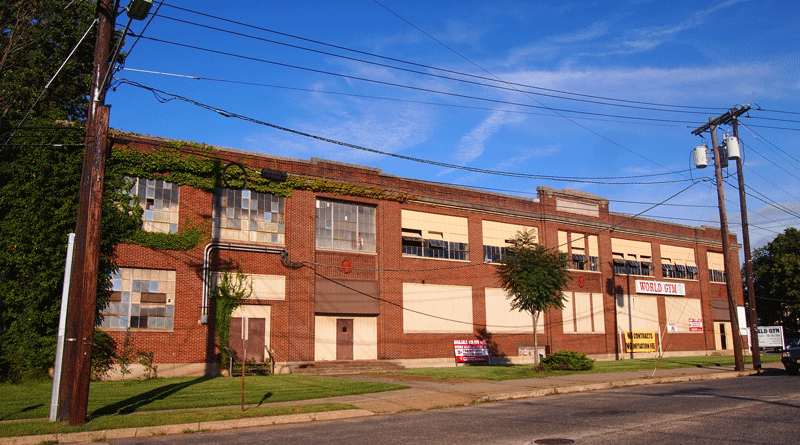 $105M Dunellen Station Project Receives Final Approval
Mike Deak, MyCentralJersey.com, October 26, 2018
The Dunellen Planning Board approved the site plan for reuse of the vacant Art Color site. The plans for the $105 million project call for the construction of 252 apartments, 130 townhomes, a clubhouse, and pool, as well as a 9,240 square-foot retail building on Washington Avenue. The property is adjacent to the NJ TRANSIT station.

Fanwood Continues Redevelopment of Downtown, Commercial Corridor
Bob Makin, Bridgewater Courier News, October 26, 2018
Redevelopment of the South Avenue Commercial Corridor will soon see the completion of two projects, each located on Block 64 across from the Fanwood Station. With a planned opening for next spring, Station Square at Fanwood will include 35 rental townhouses, seven of which are affordable housing units. To be completed in December, the project at 35 Second Street will feature 2,900 square-feet of ground floor retail with three residential units above. Fanwood will also use an $802,000 federal transit grant to fund streetscape improvements.

Allendale Has Tentative Plan for Black Millwork Site
By Meghan Grant, North Jersey Record, November 1, 2018
Allendale officials have reached a tentative agreement with The Hampshire Group for redevelopment of the Black Millwork properties, located less than a half mile from the Allendale station. Plans call for a 52-unit apartment building with affordable housing units, a self-storage center and a municipal building.

San Diego Approves Plan to Triple Housing in Old Town, Preserve Historic Core
By David Garrick, San Diego Union-Tribune, October 29, 2018
The Community Plan Update for San Diego’s Old Town neighborhood attempts to balance historic preservation with growth and aims to address the city’s shortage of affordable housing. The plan, if it comes to fruition, could result in the tripling of the population of Old Town, which has a large transit center and is located near job centers in Mission Valley, downtown, and eastern La Jolla. The plan calls for transformation of a city-owned parking lot into a public plaza and construction of a shared parking lot.

Affordable Units Under Construction in the City’s West Side
By Isaac Riddle, Building Salt Lake, October 25, 2018
Construction is underway on the Cornell Street Apartments, a large mixed-income development located a block from the Power Station TRAX light rail stop. When complete, the mixed-use project will provide 146 housing units, 131 of which will be income-restricted.

Excess Land from MAX Construction Could Become Affordable Housing
By Elliot Njus, The Oregonian, October 29, 2018
TriMet plans to give the Portland Housing Bureau the first opportunity to buy land leftover from development of the transit agency’s next light rail line. This new policy is one part of a broader affordable housing strategy that also calls for a new urban renewal district encompassing hundreds of acres in Southwest Portland.

Transit-Oriented Development Under Attack in New York Suburbs?
By Gersch Kuntzman, StreetsBlog NYC, October 29, 2018
The City of Stamford is considering a zoning change that would reduce densities and increase mandatory parking minimums next to Metro-North’s New Canaan Branch. The city rezoned the neighborhoods about a decade ago to support more transit-friendly development.

Lawsuit Seeks to Overturn Plan That Would Allow Taller Buildings Along the Metro Expo Line
By Laura J. Nelson, LA Times, October 30, 2018
The advocacy group Fix the City has sued the City of Los Angeles over plans to allow up to 6,000 new apartment and condominium units within a half-mile of five Metro Expo Line stations. The group argues that existing infrastructure in the area is insufficient to support the proposed development types.

Study: House Prices near MRT Stations Too High Due to Poor Planning
By Soo Wern Jun, Free Malaysia Today, October 30, 2018
A study by the Centre for Governance and Political Studies suggests poor planning of station locations for the Sungai Buloh-Kajang Mass Rapid Transit (MRT) system has made houses within a 1 km radius unaffordable to lower and middle income groups. Only 8 out of 31 stops heading towards the Kajang MRT could be categorized as affordable for middle-income households.

Why the State Wants to Build This Ala Moana High-Rise Above a Shelter
By Natanya Friedheim, Honolulu Civil Beat, November 1, 2018
Hawaii’s state housing agency and the Hawaii State Judiciary hope to develop affordable housing over an existing building near one of the 21 planned rail stations for Ala Moana’s elevated rail project. Neighborhood board members have expressed concern about the project’s location above a court-run shelter for underage runaways and other minors in custody for noncriminal offenses.