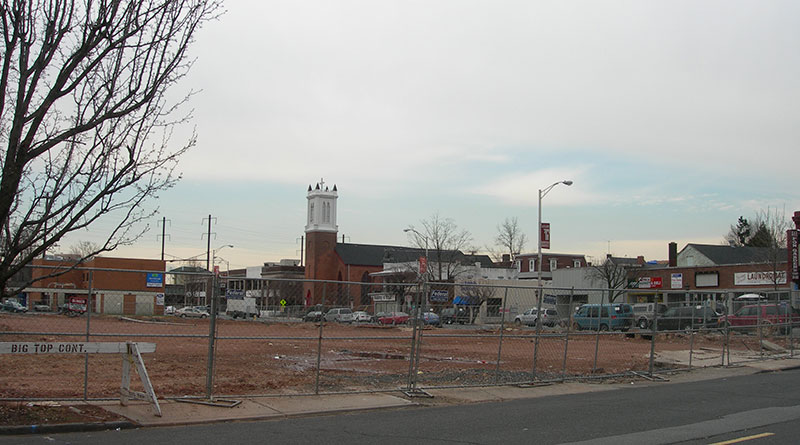 Joel Schwartz is a principal of Landmark Companies, L.L.C., a design-oriented development firm located in Princeton and Keasbey, New Jersey. Prior to the formation of Landmark, he was a principal for 20 years of Atlantic Development Realty Corporation, located in Woodbridge, New Jersey. During this time, Joel was the principal-in-charge of more than a dozen major development projects comprised of more than 3,000 housing units and over 1 million square feet of retail and office space. In particular, Mr. Schwartz has a special interest and expertise in downtown redevelopment while embracing the principles of traditional town planning.

One project which embodies a number of design features that Landmark believes are fundamental to successful downtown redevelopment is Franklin Square in Metuchen, New Jersey. Franklin Square is a six-acre infill site located just a five-minute walk from the NJ TRANSIT train station. The 105-unit project was designed to fit in architecturally with the surrounding neighborhoods, to wear well over time and to provide the residents with the amenities of beautiful streetscapes and convenient, but dispersed parking.

Franklin Square, a proven success with upscale homebuyers, has also attracted critical acclaim and media attention. Locally, this project was the recipient of the 2002 Achievement in Planning Award from the New Jersey Planning Officials (NJPO). The National Association of Home Builders in 2002 awarded Franklin Square its Best in American Living silver medal in the category of Best Smart Growth Community. It was also the cover article in Land Development magazine’s Winter 2002 issue.

Landmark is spearheading other transit-oriented projects. In Rahway, plans have been approved for the construction of a $20 million mixed-use project, Park Square, which features 159 units of market rate housing and 6,000 sq. ft. of commercial space.

Joel is active in promoting the principles of “New Urbanism.” He is a charter member of the Congress for the New Urbanism, a “nonprofit membership organization dedicated to the concept that compact, pedestrian-friendly, mixed-use neighborhoods are the best building blocks for vibrant communities.” Joel has also served as a regular panelist with the New Jersey Mayors’ Institute on Community Design, a select group that meets in multi-day retreats to discuss design and planning issues with Mayors from around the state.

Joel was born in Elizabeth, New Jersey. He received his undergraduate degree in American Studies from Brandeis University and his master’s degree in Architecture from the University of Oregon. He is both a registered architect and a licensed planner in the state of New Jersey.

May 28, 2006 Steph_Admin Comments Off on Municipal Spotlight: Collingswood, The Comeback City