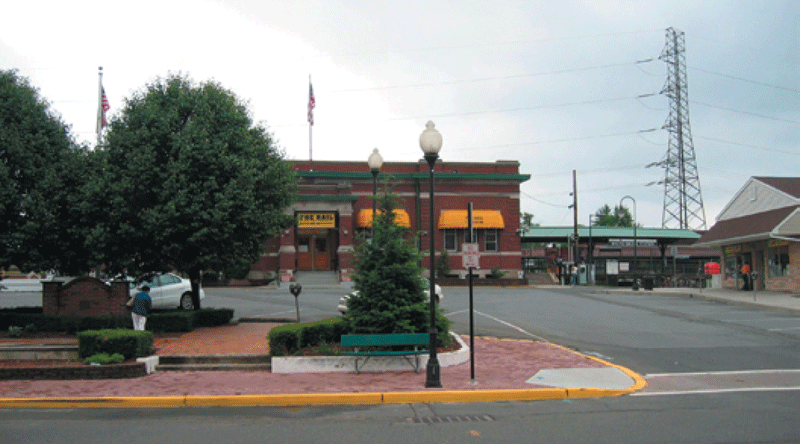 Somerset County will soon complete work on a major transit-oriented development study. The study, which began in 2004 with a grant from the North Jersey Transportation Planning Authority, has identified sites in the county with TOD potential and provided station-area plans and implementation strategies for three pilot locations. The county is working on the project with the Philadelphia-based planning firm, Wallace Roberts & Todd. Nelson/Nygaard Consulting Associates in New York and the Alan M. Voorhees Transportation Center at Rutgers University are also members of the study team. The conceptual plans that are being produced are meant to provide a guide for municipalities to effectively implement TOD planning at the local level, focusing on design, regulatory policy, and financial strategies to facilitate implementation on the site.

In 2004, community meetings were held in April and July to both educate the public on the concept of TOD (the ½ mile circle around the transit station) and garner their suggestions and concerns. Three pilot locations were ultimately selected, all on NJ TRANSIT’s Raritan Valley Line. They included the Somerville landfill site in Somerville, the area immediately surrounding the train station in Bound Brook and a large light industrial area south of Route 22 in Branchburg. In early December, conceptual visions for the three sites were presented to the municipalities. For Somerville there was a proposal for the development of a mixture of residential and commercial spaces within a grid street pattern conforming to the site’s surroundings. In Bound Brook recommendations for the downtown area included the creation of a civic plaza and revitalization of the Brook Cultural Art Center. For Branchburg there was a call to relocate the existing train stop and create around it a compact mixed-use development with recreational amenities. Final public hearings will be held shortly.

In addition to the county’s TOD study, many of Somerset’s municipalities have been engaged in planning for TOD and smart growth in recent years. In 2004, Somerville received a $50,000 grant for TOD planning from New Jersey’s Office of Smart Growth. In 2003, Bound Brook received Transit Village designation from NJDOT’s Transit Village Initiative. And in 2002, Montgomery Township became a pilot community for the federal Environmental Protection Agency’s Smart Growth Index, a program that models alternatives for future development.

The High Cost of Free Parking

November 26, 2005 Steph_Admin Comments Off on The High Cost of Free Parking