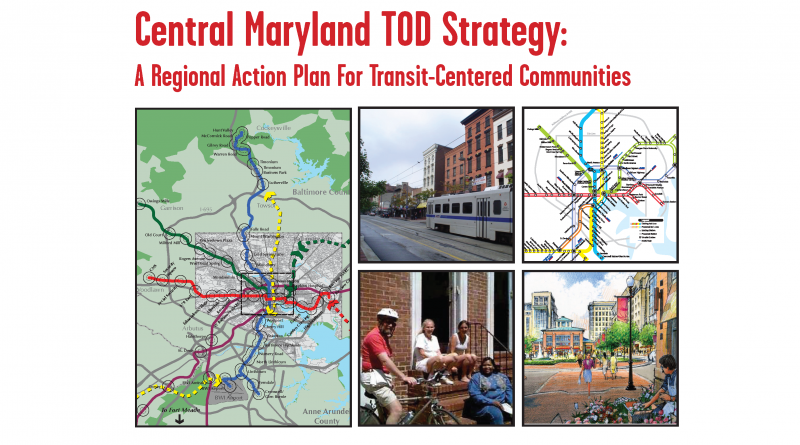 The City of Baltimore has taken a bold step toward making TOD a reality near its existing and future transit stations. According to city officials, many opportunities for TOD exist in Baltimore. Consequently, the city is working to incorporate into its zoning code the recommendations of the September 2009 Central Maryland TOD Study. The study, conducted by the Central Maryland Transportation Alliance and the Center for Transit-Oriented Development, calls for dramatically increased mixed-use economic development near stations in Baltimore City and County and was the result of the New Directions/ReConnections: Baltimore Regional Summit on Transit Oriented Development held in 2007, co-sponsored by the Baltimore City Planning Department, The Central Maryland Transportation Alliance, Citizens Planning and Housing Association, and the Baltimore Neighborhood Collaborative. The first draft of Baltimore’s new zoning code, known as the TransForm Baltimore Initiative should be available in early 2010, with adoption expected 10 to 15 months later.

The new zoning code will make use of both TOD overlays and TOD districts, the use of which will be determined by the location and characteristics of specific stations. TOD overlays are intended to ensure that any new development around stations augments existing pedestrian-friendly, mixed-use development land uses. TOD overlays may also provide aesthetic improvements at the station and its immediate vicinity. For example, the proposed light rail Red Line at Inner Harbor East Station is slated to receive a TOD overlay.

TOD districts will be used at stations located outside of the central business district. The zoning for the TOD district will set forth design guidelines and principles to guide development where current land use patterns don’t currently foster transit usage (e.g., auto-oriented, single-use, low-density).