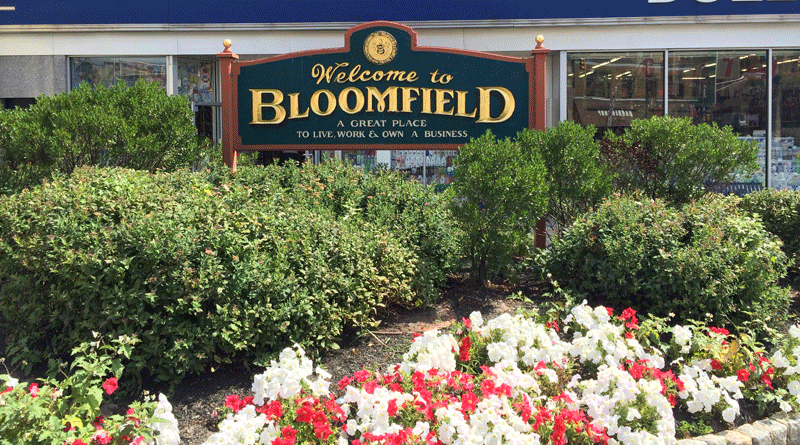 Bloomfield is ready to take another step toward the long-awaited transit-oriented redevelopment of its rail station area. In August 2011, the Federal Highway Administration (FHWA) awarded Bloomfield an $847,860 grant for pedestrian improvements in the Bloomfield Central Business District. The Township received an additional $130,440 in grant money from FHWA for consulting services to help further develop its community-based vision for transit-oriented development. Bloomfield has been working closely with NJ TRANSIT to develop its pedestrian improvement plans, which immediately affect its busy rail station.

Since the introduction of Midtown DIRECT service to Penn Station New York on the Montclair-Boonton Line in 2003, rail ridership from Bloomfield has boomed – tripling in the first year of operations. This improvement in service was complemented in 2008 when NJ TRANSIT finished refurbishing the station and the surrounding area at a cost of $1.3 million. Ridership rose another 85 percent from FY 2003 to FY 2011, from 582 to 1,077 riders per day.

The pedestrian safety project, described below, complements Phase One of the proposed transit-oriented development, known as Glenwood Village, which includes 224 housing units, 60,000 square feet of retail space, and a 470 space parking garage. Demolition was completed in late August to make way for construction, which began in October. The parking garage is scheduled for completion in spring 2013. The garage will be owned and managed by the Bloomfield Parking Authority. Jacobs Enterprises and Metro Real Estate Development are responsible for the retail component of the project, while AvalonBay Communities will own and manage the residential space.

Bloomfield’s progress contrasts with the Township’s previous false starts on its station area redevelopment process. (See Bloomfield Center Redevelopment.) Consensus-building began in 2007. Township officials and community members began a collaborative effort to re-imagine how to develop the area around Bloomfield’s train station. One major outcome of the community visioning and public design workshops was a commitment to transit-oriented development, with many residents expressing a desire for civic spaces around the train station and a downtown that is pedestrian- and bicycle-friendly. The planning board approved a downtown redevelopment plan in May 2011 for a mixed-use development near the train station. “The community has been mired in information for 10 to 12 years,” explains Director of Community Development Glenn Domenick. Nevertheless, the dialogue is now paying off.

The Bloomfield Center Alliance (BCA), while working with NJ TRANSIT on pedestrian and other improvements to the train station area, has decided to focus on the ‘Six Points’ intersection, where Bloomfield Avenue intersects Glenwood Avenue, Broad, and Washington Street. Plans for Six Points, which is considered part of historic downtown Bloomfield, include vacating a portion of Washington Street between Glenwood Avenue and Bloomfield Avenue to create a pedestrian plaza and permitting left hand turns off Bloomfield Avenue onto Glenwood Avenue. Curb extensions to minimize pedestrian crossing widths as well as visible pedestrian crosswalks and intersection markings will be used to improve walking conditions. Bike lanes are planned for Glenwood Avenue and signal timing and phasing with be modified to ensure optimal traffic flow. Additional pedestrian elements, such as street furniture, plantings, and lighting, will be funded by a $200,000 loan that BCA received from the NJ Department of Community Affairs.

The proposed changes to Washington Street and Lackawanna Place/Farrand Street include a realigned intersection to accommodate redevelopment, taking into account the train station and parking. A pedestrian-friendly intersection and a new traffic signal will allow more convenient access to the train station entrance.

For Stuart Koperweis, executive director of the BCA, “the grant is important to the overall project development of the transit village because it’s going to give access points to both the train station and the surrounding area.”

“Once approved, the project will go to bid,” Koperweis added, “… ideally, we would like to be able to bid now because everyone is primed and ready.” Approval is expected soon.

“We believe that key to our redevelopment is a critical mass of people,” Domenick stated. “Our whole development, what we tailor all of our redevelopment plans to, is based off bringing in people who utilize trains. There’s the sentiment that trains are going to be even more popular in the future and this redevelopment is 20 yards from the train station.”

Moreover, Domenick believes in the intangible importance of the pedestrian safety project as a next step. “Commencement of construction and the visual results will change the public’s perception; it will alert them that something has changed.”