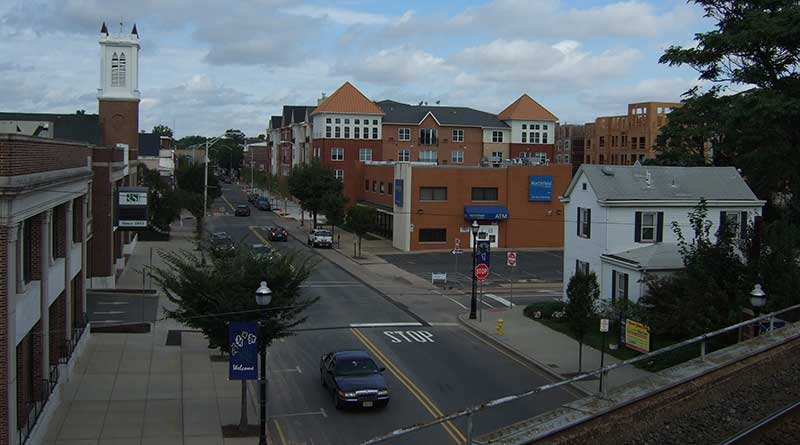 Transit-oriented redevelopment efforts in Rahway continue, though not without setbacks along the way. Though progress has been made on several fronts, some projects have had difficulties. Recent achievements include an award of New Jersey brownfield funds that will help in creating the city’s Arts District as well as the completion of the first phase of the mixed use Park Square project, the start of construction on the Renaissance at Rahway project and the approval of the Station Place project.

In October 2009, the NJ Department of Environmental Protection (DEP) named nine sites in downtown Rahway as a Brownfield Development Area or BDA. This award makes the city eligible for up to $5 million each year in grants and loans for the testing and cleanup of sites from the Hazardous Discharge Site Remediation Fund, which is administered by DEP and the NJ Economic Development Authority. Among these sites is the former Hamilton Laundry and adjacent properties along Robinson’s Branch of the Rahway River—the location of a new addition to the Rahway Arts District. The centerpiece of the District will be a planned 1000-seat amphitheater as well as a 200-seat flexible performance space or “black box” theater to be located in a former NJ Bell building. The city also has plans to create cooperative gallery space in the adjacent Elizabethtown Gas building. The project will complement the Union County Performing Arts Center, located to the east at the corner of Irving Street and Central Avenue. The city is seeking to borrow $8.5 million to finance the work and had previously bonded $3 million for site work and to acquire the Hamilton Laundry property. Plans call for the amphitheater, theater, and gallery to eventually become self-sustaining through sponsorship and fee-based programming.

In late 2009, tenants started moving into the first of two buildings at Park Square, located about a 1/10 of a mile from the station at the corner Irving Street and Elm Avenue. Reportedly 90% of the 63 one and two-bedroom apartments have been leased with rents ranging from $1,550 for a one-bedroom to $2,375 for largest two-bedroom. Planned completion for the second building, which will provide an additional 96 apartments, is fall 2010. Two commercial tenants have occupied some of Park Square’s 7,000 square feet of first floor retail space. Eyes for You, an upscale optometrist, opened in January. Chess Mates, a chess café and club, opened in March.

Last fall, construction began on the Renaissance at Rahway project, located about 4/10 of a mile from the station. The project calls for a total of 88 one and two-bedroom rental units to be built. In 2005 Rahway named Capodagli Property Company LLC as the designated developer of the two-acre site, the location of the former Triangle Inn. Earlier plans called for the construction of 72 condominiums. However, difficulties in land assembly as well as housing and financial market conditions led the developer to seek amendments to the previously approved site plan. The current plan for rental housing was approved by the Rahway Redevelopment Agency in 2008. Demolition and site preparation was completed during 2009.

A third project, The Station Place, was approved for a site adjacent to the westbound station platform. In late 2009 Heartstone Development LLC received approvals to develop 116 rental units on the 2+ acre site.

Additionally, in December 2009, the city was awarded $470,000 in NJDOT Local Aid Transit Village Program funds to continue the streetscape improvement begun in 2001. The most recently awarded funds will be used to replace sidewalks, curbs, trees, and lighting and to resurface the roadway along Irving Street, from Broad Street to Seminary Street, a quarter-mile stretch of roadway connecting the station to the new Park Square project, the Union County Performing Arts Center and the future site of the Rahway Arts District amphitheater.

Adverse economic conditions have taken a toll on some of Rahway’s pioneering TOD developments. Case in point, Skyview at Carriage Place, reported on in the December 2008 issue of the newsletter, has had difficulties in selling all of its 222 condominiums and has been offering leases with an option to buy. The 16-story mixed use project, located on the plaza at Rahway Station, combines ground floor retail, a hotel and residences. One-bedrooms lease for $1,350 and two-bedrooms for $1,600. As of late 2009, 58 units had been sold and another 43 units were rented.

Another project that has suffered from the current economic downturn is Riverwalk, located along the eastern edge of the Rahway River about 4/10 of a mile from the station. Since 2006, Diversified Communities sold 67 of a total of 86 townhouses. In late 2009, unable to find purchasers for the remaining 19 townhouses, the developer defaulted on an $11.8 million loan from Bank of America. Bank of America assumed ownership of the remaining units and is known to be seeking a buyer for the units. In addition, Rahway has been pursuing the developer for more than $400,000 in site and roadway improvements that were not completed.

October 19, 2013 Steph_Admin Comments Off on Three Community Strategies for Sustainable Future: A Look at Together North Jersey Local Demonstration Projects