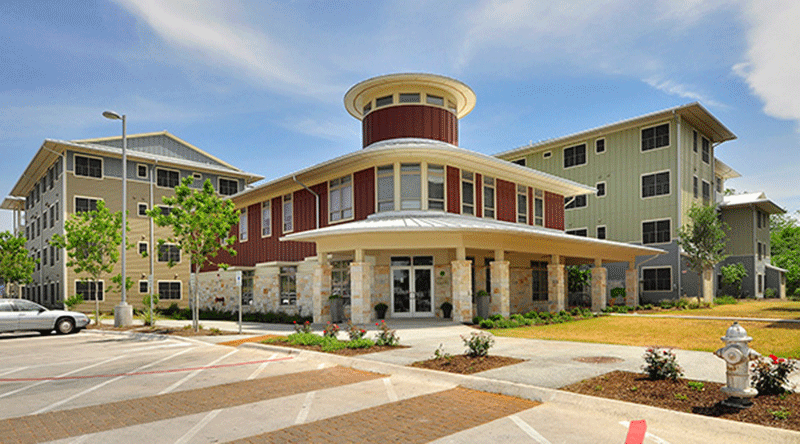 Incorporating equity into transit-oriented development (TOD) project planning can be challenging. Too often, TOD projects end up indirectly excluding lower-income households due to unaffordable rent prices. In most urban areas, housing is consistently the highest household expense, and transportation is a close second. As practitioners continue to plan TOD projects, they should be mindful of the resources and funding channels available in order to create equal opportunities for people of all income classes to live in TODs.

A number of strategies can be harnessed to bring eTOD projects to life, many of which are good practice for promoting TOD in general.

The best eTOD practices begin with engaging communities in a comprehensive planning process for neighborhoods surrounding transit hubs. Community members have valuable input regarding preferences for certain commercial and retail shops, as well as the overall interest in and need for preserving and building affordable housing near transit hubs. After these preferences and needs are incorporated into development plans, communities can play a crucial role in ensuring the delivery of these development promises.

When considering approaches to acquiring land for eTOD projects, communities should utilize housing trust funds, TOD acquisition funds, and non-profit land trusts. Housing trust funds and TOD acquisition funds can cover the costs of purchasing land or preserving existing housing. If available, community land trusts can offer long-term leases to eTOD developers, potentially at discounted rates proportionate to the number of affordable housing units. Discounts may range from tax benefits to a bargain sale on the land. For instance, in Minneapolis, the Twin Cities Community Land Bank works with developers, non-profits, and government to help them acquire land needed for their projects. The Land Bank will purchase land, lease it, and hold it for their partner until that group is ready to purchase the property. In 2016, the Twin Cities Land Bank offered over $65 million in community lending activity.

It is often economically and socially practical to build mixed-use developments when developing a new eTOD site. Mixed-use developments generate more street activity and revenue for developers by attracting people to shop and dine at commercial establishments. This opportunity for pedestrian activity promotes a lifestyle that does not rely on cars.

The M Station apartment complex is a strategically-planned, mixed-use eTOD project in Austin, Texas. M Station apartments is located two blocks from the Capital MetroRail MLK station. Foundation Communities, a nonprofit affordable housing provider, developed the M station project, which opened in 2011, a year after the station’s opening. M Station serves 150 families in one, two, and three-bedroom units at different affordability levels. M Station provides supportive transitional housing to a portion of these residents and reserves 10% of units for families at risk of homelessness. On-site community and early childhood education centers offer preschool and afterschool activities. The building’s family-oriented uses promote a welcoming environment within the complex. One of the factors that makes M Station an exemplar is its LEED platinum designation. Affordable housing options, smart mixed-use choices, environmental planning and LEED certification make M Station a model for future eTOD projects.

Use Financial Incentives and Disincentives

Incentives can be powerful tools in building eTOD communities and can come from many sources. Developers can utilize Low-Income Housing Tax Credits (LIHTC) along with any available city or state trust funds dedicated to affordable housing. The Federal Transit Administration offers metropolitan and statewide grants that can be distributed through Metropolitan Planning Organizations (MPOs) to encourage cities to promote dense and affordable housing near transit hubs. North Jersey Transportation Planning Authority, one of NJ’s three MPOs, uses its Planning for Emerging Centers Program to provide support for municipal efforts to create sustainable, transit-supportive, and walkable communities. Planners can offer density bonuses to developers who make a certain percentage of their units affordable. Communities can establish tax increment financing (TIF) districts along transit corridors to allow revenue to be shared between the city, transit agency, and developer. Funds can be earmarked to support the costs of preserving and developing affordable housing along a transportation corridor.

Communities can offer incentives to developers who build eTODs based on the ratio of affordable units to market rate units. The City of Chicago reformed its Affordable Requirements Ordinance (ARO) in 2015 in an effort to mandate on-site affordable housing for TOD projects that receive City subsidies or a zoning change. Projects that offer less than 10% of their units as affordable housing must pay an in-lieu fee to the City to support other affordable housing sites. This ordinance encourages developers to comply with the standards in order to avoid additional fees, and can ensure affordable housing is still being funded elsewhere, even if it is not being built on the proposed project site. Debra Tantleff, Founding Principal of Tantum Real Estate, suggests that “Payments in Lieu of Taxes (PILOTS) are a financial tool that municipalities can use to help facilitate TOD development. They provide a financial certainty to the underwriting that banks look for. As the multifamily construction lending markets continue to tighten, PILOTs will continue to be a very important variable in securing the debt.”

Alternatively, local laws can be passed to impose a fee on developers when they tear down affordable housing and replace it with market-rate residential or commercial development. For instance, the Latin United Community Housing Association (LUCHA) of Chicago, IL, an affordable housing nonprofit organization, is fighting efforts to displace residents in an area near the Bloomingdale Trail (the 606), a mixed-use path that runs through the city. LUCHA attempted to get the Pilot Act for the Preservation of Affordable Housing in the 606 Residential Area signed into legislation in May 2017 to charge developers for tearing down affordable housing or when expanding existing units thereby making less affordable. While the act was not passed, it did focus discussions on affordable housing. Two additional ordinances were passed in October 2017 to increase affordable housing supply in gentrifying areas on the west and northwest sides of Chicago.

Communities wishing to support eTOD should examine how existing zoning and other regulation and policy may hinder development. Careful consideration of current practices and updates that allow for modern uses may be necessary to successfully support new eTOD.  Ms. Tantleff points out that “The ability to create viable, affordable living is connected to the ability to deliver desirable mixed-use communities that incorporate a variety of programs and uses. It is important to recognize that both retail and office trends and uses have changed, and traditional zoning must be revisited to create flexible planning guidelines that allow for today’s tenants and users. Retail has become more experiential and entertainment-oriented. Health and wellness has blurred the traditional lines of medical vs. retail vs. office. Planners must allow for the fluidity and flexibility of these uses in redevelopment plan zoning.”

One example of this kind of alignment may be to permit the sale of liquor. As liquor is a primary source of revenue for many businesses found in TODs, such as restaurants, the process for obtaining liquor licenses should be made as direct and simple as possible. Ms. Tantleff points out that “it’s important to proactively revisit and address liquor license laws and the ability to obtain liquor licenses, since restaurants are a critical ingredient to the success of mixed-use communities.” If restaurant tenants can obtain a liquor license in a reasonable amount of time, without too many hurdles, they are more likely to be attracted to and be successful in a TOD mixed-use development.

Over the past few years, several tools for sharing data and analysis have been developed that allow cities and regions to share lessons with one another. Interest in eTOD has spurred a desire for tools that communities can use to identify sites for eTOD projects, recognize areas with special qualifications for increased density or reduced parking minimums, and calculate funding needed for projects. Chicago developed its TOD mapping calculator to help city officials, developers, and residents identify areas best suited for TOD projects and/or that have special qualifications. Other communities may wish to build off this calculator and create their own tools for their community. Interactive maps allow users to better understand places and the spatial relationships between sites like transit centers and commercial developments.

Locations such as Denver and the Bay Area have strived to increase funds for the preservation and expansion of affordable TOD housing through various partnerships. These funds play a key role in increasing affordable housing availability by creating incentives for developers to include affordable housing in their plans and providing crucial support in a project’s early financial planning stages. Funding can be provided by dedicated affordable housing funds, loans from local banks, grants, and tax credits. Funding sources for eTOD projects can be identified by working with local community groups and government officials to determine which of these options best suits a particular community.

eTOD offer communities the means to address affordability near transit when they actively engage in the planning process, and all project stakeholders collaborate to create innovative solutions.  eTOD projects allow neighborhoods to be healthier and more affordable, diverse, and environmentally-friendly. They also enable residents (many of whom may be transit-dependent) to be more mobile and less reliant on cars. With the number of eTOD-dedicated funds growing, opportunities to create transit-oriented affordable housing are spreading.