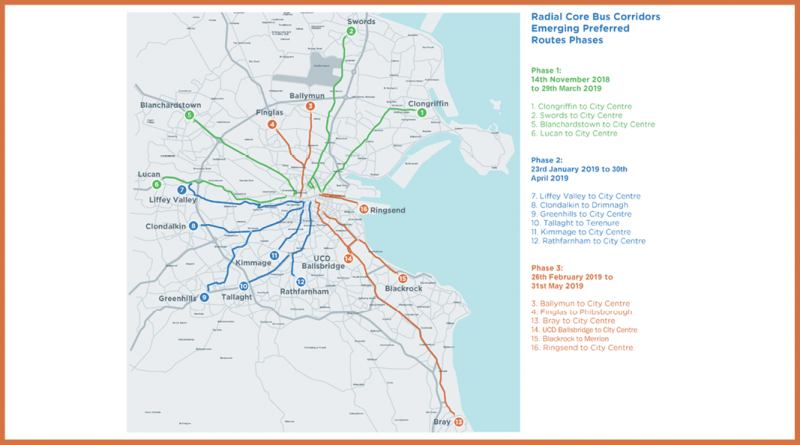 Retrofitting New Jersey: A Transit-Oriented Smart Growth Vision for the Garden State
Zenon Tech-Czarny, Medium, July 5, 2019
A blogger recently published his vision for a transit-oriented Garden State on the social platform, Medium. He proposes that for successful growth, and to meet targeted climate reduction targets, New Jersey must look to enact policies that encourage smart growth through the use of TOD. To illustrate his argument, he has mapped existing and proposed stations and stops throughout the state.

Plainfield: Apartments Proposed for South Avenue by Raritan Valley Line
Mike Deak, Bridgewater Courier News, July 29, 2019
1014 South Avenue LLC will soon present an application to the Plainfield Planning Board for a proposal to develop 42 apartments. The developer’s plans for the project include a mixed-use building with retail space on the first floor and apartments on floors 2 through 5. The property is located within the city’s TOD zone, at the corner of South and Woodland Avenues, and within walking distance of the NJ TRANSIT Raritan Valley Line’s Netherwood Station.

Judge Deals Major Blow to NY Waterway Project in Hoboken
Michaelangelo Conte, The Jersey Journal, July 29, 2019
On Monday, Hudson County Superior Court Judge Jeffrey Jablonski dismissed NY Waterway’s lawsuit against the City of Hoboken, ruling the lawsuit premature. NY Waterway filed its suit asking the Judge to order Hoboken to not interfere with marine operations at the Union Dry Dock Site. In this suit, the ferry company attempted to bypass Hoboken’s planning and zoning board to build a ferry maintenance and refueling facility. At the same time, the city has attempted to acquire this property on Frank Sinatra Drive for public open space via eminent domain.

Here Are Details of the $1B Plan – Yes That’s with a B – Plan to Improve PATH Service
Kevin J. O’Toole and Rick Cotton, Star-Ledger, July 30, 2019
The Port Authority of NY and NJ (PANYNJ) has begun implementation of its new $1 billion PATH Improvement Plan. The aim of the Plan’s three components are: 1) increase capacity of the PATH system; 2) reduce delays; and, 3) enhance the customer experience. The first phase of a two-phase plan—to increase capacity by 10 percent in the morning and evening rush on two lines—will be in full effect by September.

Former Pfizer Campus Considering Residential Development
Tina Traster, RC Business Journal, July 31, 2019
The New York Center for Innovation (IRG) has approached Orangetown officials with a proposal to convert Building 100 into residential apartments as part of its effort to reinvent the sprawling former Pfizer Campus in Pearl River. The 200-acre IRG property is home to an inactive NJ TRANSIT Metro-North Railroad Station that could be revived if housing were part of the redevelopment.  At this time, the campus is not zoned for residential use. In 2018, Orangetown officials completed an opportunities analysis of the Pearl River area and may consider a zone change to accommodate the proposed housing.

High-Density Housing Near Public Transit Is Aim of San Diego Code Change
Ken Stone, Times of San Diego, July 29, 2019
On Monday, the San Diego City Council gave its first approval of an amendment to the city’s municipal code that would add a sixth development zone category, “mixed-use.” The goal of the code amendment is to spur development of high-density housing near public transit and employment areas. Mixed-use zoning will be available for primarily residential or employment-based developments. The City Council needs to vote once more before the amendment can officially take effect.

DOMI Launches 2070 Transportation Vision Plan
KDKA 2, CBS Pittsburgh, July 29, 2019
The Pittsburgh Department of Mobility and Infrastructure has launched public engagement efforts for their 2070 Transportation Vision Plan. These efforts are designed to challenge the public to think about the city’s transportation needs and explore solutions to meet these needs. The goal of the plan is to rejuvenate the city’s public transportation, with emphasis on three city-wide initiatives: a Pedestrian Safety Action Plan, Bike Plan, and Complete Streets Design Guidelines.

So Long, Swiping. The ‘Tap-and-Go’ Subway Is Here.
Emma G. Fitzsimmons, The New York Times, July 30, 2019
The Metropolitan Transportation Authority (MTA) has begun to implement a “tap-and-go” fare system, One Metro New York (OMNY), on some subway and bus routes. Metro riders can simply tap their credit card or smartphone on an electronic reader for entrance. MTA will continue to install the OMNY system in phases on the subway, bus and rail systems through 2021.

South City Housing Development OK’d
Austin Walsh, The Daily Journal, July 30, 2019
The South San Francisco City Council approved construction of a new mixed-use development in downtown. The project is located at 200 Airport Blvd and adjoins the train station that will soon be home to a relocated Caltrain stop. The proposal comprises 94 apartments and ground floor retail and commercial space.

Nevada Transit Authority’s Ridesharing Program Brings in $62,000 in First Two Months, Costs $1.4 Million
Derek Draplin, The Center Square, July 29, 2019
The Regional Transportation Commission of Southern Nevada (RTC) launched a six-month ridesharing pilot program, Trip to Strip, in May of this year. The Authority’s rideshare program was designed to be a micro-transit on-demand pilot that could compete with Uber and Lyft and that could increase revenues. As a first-of-its-kind project, the program will undergo a cost-benefit analysis when the pilot period is complete.

Redwood City Development Would Span Six City Blocks
Jen Nowell, Daily Post, July 30, 2019
Greystar Real Estate has proposed development of six blocks between El Camino and the train tracks in Redwood City. In 2018, the project called for the development of five blocks but has since grown. The proposal, currently under City Planning Commission review, would result in 291 apartments, office and retail space, a daycare center, and an outdoor area.

Uber to Show Sydney Bus, Ferry, Train Options On Its App
Sarah Wiedersehn, 7News, July 29, 2019
In a first for the Asia-Pacific Region, Uber is now providing access to all Sydney public transportation information through an upgrade to their Uber app. Sydney riders can now see public transport options with real-time arrivals and departures for bus, train, ferry and light rail through the Uber app. Commuters are also able to access walking directions and pricing to and from public transportation stops to their given destination.

Brazil’s Fifth-Largest City to Accept Bitcoin Payments for Public Transportation
Yogita Khatri, The Block, July 29, 2019
In Brazil, the City of Fortaleza will begin accepting bitcoin (BTC) payments for public transportation. The Ceara State Co-operative Autonomous Passenger Co-operative (Cootraps) will support the bitcoin payments, allowing citizens the option to buy bus tickets using bitcoin, and credit and debit cards, in addition to the cash system currently in place. Bitcoin payments will start being accepted through a mobile app and a QR code by the end of 2019.