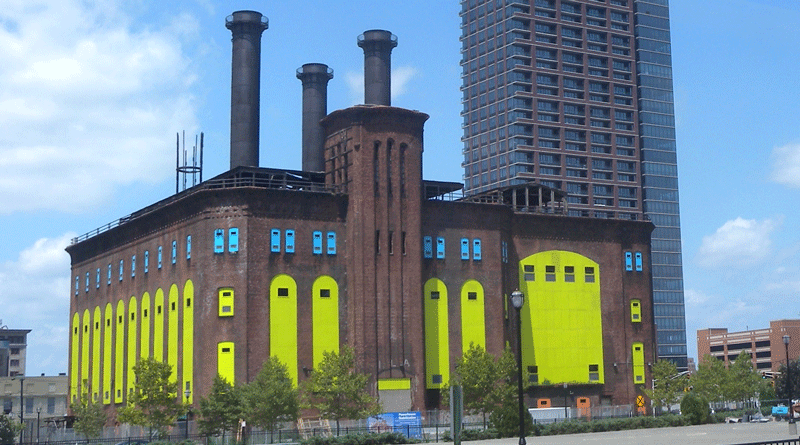 What’s Next for Camden After Its High-Profile Wins?
Matthew Rothstein, Bisnow East Coast, November 19, 2018
Several corporations have chosen to reestablish their headquarters in Camden, NJ due to the city’s new emphasis on increasing public safety and utilizing economic incentives for redevelopment. Developers are working to encourage people to live in Camden and have focused on development around the PATCO station. With the expiration of Camden’s Grow NJ tax incentive package, the city is looking to other funding sources to further stimulate development. One possible option is the new Opportunity Zone program, for which the entire city qualifies.

Port Authority Could Soon Study Feasibility of Marion PATH Station in Jersey City
Chris Fry, Jersey Digs, November 20, 2018
The Port Authority of New York and New Jersey can proceed with an analysis of a proposed PATH station in the Marion neighborhood of Jersey City after settling with Jersey City over unpaid taxes. This new station would eliminate the need for Marion residents to walk to the Journal Square Station and provide a continued incentive for neighborhood redevelopment. In the settlement, Jersey City also purchased the Jersey City Powerhouse from the Port Authority, with the intention of redeveloping it.

North Jersey Office Boom, 30 Years Later: Here’s What Happened to All those Buildings
Joan Verdon, North Jersey Record, November 23, 2018
Many companies have relocated to abandoned office parks in North Jersey, taking advantage of the size of these locations to create a corporate campus feel. Some office parks are scheduled to be redeveloped into mini-walkable downtowns with retail and residential space. Isolated buildings that do not have access to light rail, however, or are not within rideshare distance of a transit station, hold less appeal to companies and are likely to remain unoccupied and deteriorating.

Google and San José Strike Deal for Tech Titan’s Huge Downtown Transit Village
George Avalos & Emily Deruy, The Mercury News, November 16, 2018
San José has agreed to sell land to Google worth up to $220 million around the Diridon station. Diridon is home to five rail transit options, bus connections, and potentially a future BART stop. No specific plans have been made for what will be developed on the land, but it is expected to facilitate local job growth, and Google is making an active effort to collect community input on the transit village.

Gold Line Extension May Be Cut Short, Leaving Cities to Ask, ‘Now What?’
Liset Márquez, Inland Valley Daily Bulletin, November 18, 2018
The Foothill Gold Line extension in Southern California has been split into two phases due to rising construction costs. The Gold Line Foothill Extension Construction Authority has until 2021 to obtain Phase 2 funding to ensure cities, including Pomona, Claremont, and Montclair, receive their planned stations on time. The planned route has spurred TOD around future station sites in these cities, and some of the cities have created long-term plans for development under the assumption they will definitely be home to future stations.

Ryerson Report Touts ‘Missing Middle’ as Housing Strategy
Don Wall, Daily Commercial News, November 19, 2018
A report from the Ryerson City Building Institute has identified the “missing middle” of housing availability in the Toronto Metropolitan Area as low- to medium-density multi-unit housing. The report states that this type of housing provides affordable, family-friendly options, and should be concentrated in five areas, including transit corridors and around GO Transit stations. Using the strategies identified in the Ryerson report, city intensification can be preplanned, shortening the time required to complete rezoning applications and facilitating a faster TOD process.

Kahului 2070: Maui’s Metropolitan/TOD Plan
Wayne Yoshioka, Hawai’i Public Radio, November 20, 2018
Maui County has developed a long-range TOD plan for its bus transit hub at the Queen Ka’ahumanu Shopping Center. The plan is extensive in its TOD coverage and includes affordable and senior housing, a rewrite of the zoning code, travel lanes for bicyclists and pedestrians along major travel corridors and the creation of a “20-minute neighborhood” where residents can walk to get basic services, shopping, and recreation.

Recap: Rethinking the Right of Way

May 24, 2022 Stephanie DiPetrillo Comments Off on Recap: Rethinking the Right of Way