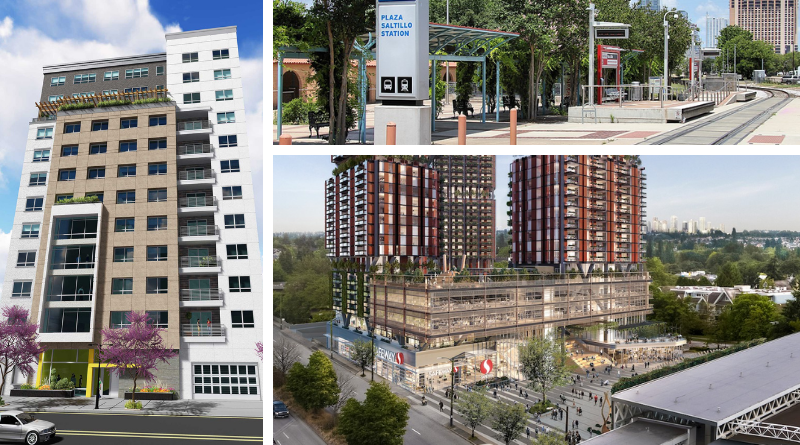 Guest Column: Yes, Transit and Dense Urban Places Are Safe – Even in a Pandemic
Nina Weiss and Tracy A. Corley, PhD, StreetsBlog Mass, September 18, 2020
Early in the pandemic, with the rise of cases in urban centers, “density” was seen as a major contributor to the spread of coronavirus. With more evidence, particularly the disproportionate impact on lower income and historically marginalized communities, both in urban and rural locations, “crowding” has arisen as a much more problematic issue. Weiss and Corley explore data from Massachusetts and tease out how crowding affected many transit dependent populations. They find that public transit remains a safe and essential service, and concluded that transit-oriented housing and compact, walkable neighborhoods can help address household crowding.

NEW JERSEY—Has coronavirus killed public transit? Here’s what needs to change for commuters to come back.
Larry Higgs, NJ Advance Media for NJ.com, September 16, 2020
Although highway traffic has begun a comeback, transit is still struggling to regain ridership. NJ TRANSIT’s in-state bus routes have seen a return to 70 percent of pre-pandemic ridership due to transit-dependent populations, but train and bus routes to New York City have not seen the same rebound. The perception of cleanliness, and the ability to socially distance, are influencing the decision to board trains and buses. Beyond that, the agency may have to adapt to changes in when and where people work and where they live. Janna Chernetz, deputy director of Tri-State Transportation Campaign notes several factors that will continue to affect transit use.

Population Density Does Not Doom Cities to Pandemic Dangers
Jeremy Hsu, Scientific America, September 16, 2020
Crowding, connections among communities and other factors seem to better explain infection and mortality rates, according to this review of the research. Hsu draws on work from the fields of environmental health research, biostatistics, urban planning, epidemiology, health economics and others. Moreover, he looks at the comparison of infection rates between urban, suburban, and rural locations, as well as the differences among urban locations in the U.S. and in other countries, where there is stricter adherence to mask wearing and social distancing and robust contact tracing. One area of research that could use more attention is the spread of COVID-19 within, and effect of the pandemic on, individual neighborhoods, as wide variation in infection and mortality rates seems to exist, even among adjacent neighborhoods.

NEW JERSEY—Pandemic Has Potential to Renew Demand for Suburban Housing in NJ, Land-Use Expert Says
Jon Hurdle, NJ Spotlight News, September 11, 2020
The pandemic has caused an exodus from city to suburb, but it remains unclear whether this will lead to a long-term reversal in the trend toward compact development in New Jersey’s town centers. A recent study from Rutgers University and Rowan University shows that New Jersey’s land continues to be developed but at a far slower rate than two or three decades ago. Statewide, the number of certificates of occupancy issued has increased while land consumption has decreased, which points to the demand for vibrant, walkable communities. In the current environment, smaller downtowns offer restaurants, retail, and other amenities and the ability to socially distance.

City Council Votes to Convert QuickCheck Parking Lot into Apartment Complex
Kendal Lamber, TAPinto Linden, September 18, 2020
The Linden City Council recently approved the development of a new apartment building on a large portion of a parking lot located on Wood Avenue. Citing examples from neighboring towns, such as Rahway and Elizabeth, Mayor Derek Armstead urged the council to take the step to bring more housing and people to the community. Council members voiced concerns about supporting cultural institutions and businesses before endorsing new housing, as well as about affordability of any new housing units.

12-Story Building Could Replace Three Newark Homes
Jared Kofsky, Jersey Digs, September 14, 2020
Walnut Homes Realty, LLC has applied to the City of Newark to build a mixed-use project at 78, 80, and 82 Walnut Street between McCarter Highway and Mulberry Street. The site, which is located about a half mile from Newark Penn Station, is currently occupied by three houses. Plans call for a 12-story structure comprising 77 one- and two-bedroom apartments, some with terraces, as well as one retail space and 11 parking spaces.

ARIZONA—Light rail isn’t just about new construction in Phoenix. It’s bringing community. [Op Ed]
Lorenzo Perez, Arizona Center, September 17, 2020
Phoenix native and infill and adaptive-reuse developer, Lorenzo Perez argues the importance of public transportation in creating opportunity for working class residents and for attracting investment to the city. He discusses how transit provides access for those with low mobility, people with disabilities or low incomes – a group frequently known as the transportation disadvantaged. Moreover, he highlights projects that serve a wide assortment of housing needs, including student housing, micro-units, and other affordable housing options, and the role these projects have played in revitalization of underserved neighborhoods.

ILLINOIS—Equity Sits at the Center of Chicago’s New Transit Development Plan
Cailin Crowe, Smart Cities Dive, September 16, 2020
Chicago has introduced its Equitable Transit-Oriented Development plan to expand pedestrian-friendly development near transit hubs in predominantly Black communities in the city’s South and West sides. In recent years, TOD benefits have been a part of over 200 developments in areas of the city that are predominantly white and wealthy. The plan seeks to improve the quality of life for residents of disinvested neighborhoods through improved access to transportation, housing, employment, recreational and cultural opportunities, and a cleaner environment. The plan addresses displacement of residents that can result from development around transit hubs.

MASSACHUSETTS—Construction Begins on Parcel 25 Phase 2 in Boston
Boston Real Estate Times, September 14, 2020
Redevelopment of Parcel 25 in the Roxbury neighborhood of Boston has moved into its second of three planned phases. The once vacant, former MBTA property at 1 Halleck Street will be the site of 46 new units of transit-friendly affordable housing. The project comes from a partnership between the city and Mission Hill Neighborhood Housing Services, and has the support of Boston Children’s Hospital and equity investor Massachusetts Housing Investment Corporation (MHIC).  When completed, the building will comprise 15 one-bedroom units, 18 two-bedroom units (including 6 duplex units with private entrances and stoops along Halleck Street), and 13 three-bedroom units.  Funding for the project comes from city, state and federal sources.

TEXAS—ULI Proposes Affordability-Centered Upgrade to Transit-Oriented Development
Ryan Thornton, The Austin Monitor, September 14, 2020
Swiftly rising housing costs have brought attention to Austin’s transit-oriented development practices and a call for a renewed focus on walkable, equitable mixed-use projects along the city’s public transit lines. While nine TOD districts have been created since 2005 when the City Council adopted the new zoning overlay, only three – Plaza Saltillo, MLK Jr. Boulevard and Lamar Boulevard/Justin Lane – have completed the planning process for the zoning designation. A new report by ULI calls for the adoption of comprehensive transit-oriented development programs with uniform base zoning and design standards for more properties near high-frequency bus stops and other transit facilities. The report identifies 1,350 acres of land that are well-located for the denser, less car-centric, transit-oriented development zoning overlay, a designation allowing lower parking minimums, smaller block sizes, more residents and a compact mix of office, retail and residential uses. Moreover, the ULI report emphasizes the need for building equitable transit-oriented neighborhoods for residents of all income levels and cites national examples of communities funding these efforts.

MASSACHUSETTS—Developers Are Already Zeroing In on West Station
Adam Vaccaro, Globe Staff, September 12, 2020
Plans for West Station, a bus and train hub in Allston, at the western edge of the City of Boston, have already spurred interest in the real estate development community. One such project is a proposed 16-story, 260-unit building on the west side of the Boston University campus. Construction of West Station is tied to the Massachusetts Turnpike mega-project, a more than $1 billion effort which would straighten the highway and make available a large parcel of land near Harvard University. Harvard intends to build a new neighborhood on the reclaimed land. The University pledged up to $58 million in financial support for the creation of West Station and Boston University has voiced its intent to contribute to the project.

CANADA—Broadway-Commercial Safeway Redevelopment Pivots to Rental Housing (RENDERINGS)
Kenneth Chan, Daily Hive, September 17, 2020
Local developer Westbank and Crombie REIT has shifted the focus of its Broad & Commercial project from mostly for-sale units to rentals. The major transit-oriented, mixed-use project will redevelop the 2.4-acre Safeway store site, located immediately next to SkyTrain’s Commercial-Broadway Station in Vancouver. The newly revised rezoning application calls for 415 purpose-built market rental homes and 235 condominium homes and includes 40 below-market rental homes for middle-income households earning between CAN$30,000 and CAN$80,000 annually. The project will comprise a 51,000-sq.ft. replacement Safeway store on the ground level, 12,500 sq. ft. of retail and dining space (including three micro retail units), 49,000 sq. ft. of office space on two floors, a 10,000-sq. ft. fitness gym, and a 12,000-sq. ft., two-level daycare with an outdoor play area. More than 500 parking spaces will be located within the first three underground levels, including 223 for residents, 149 for Safeway, and 80 for non-residential uses other than the grocery store. If approved, the redevelopment’s construction activity is expected to add $690 million into the local economy and create 2,800 direct and indirect construction jobs, including 700 on-site, full-time jobs. Economic projections for the project indicate CAN$32 million in new tax revenue and over CAN$16 million in development cost levies to the city.