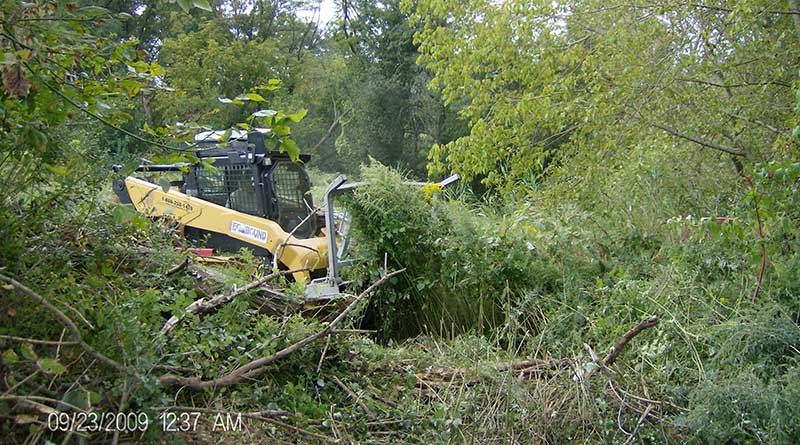 In October, Somerville’s development plans for its former landfill received a boost when it was recently designated as a Brownfield Development Area (BDA) by the NJ Department of Environmental Protection (DEP). Development plans for the 160-acre site, located near the borough’s Raritan Valley Line NJ TRANSIT station, had been delayed by economic uncertainty. But the designation as a BDA signals to developers that the former landfill is a state priority for remediation and redevelopment and this should relieve some of their concerns. The borough has been working since 2004 to clean up the site, known as the Landfill and State Area Redevelopment Zone, located between the railroad line and the Raritan River.

“The redevelopment of this brownfield area will result in direct and indirect environmental benefits for the community, including improved water quality and the creation of walking trails and green spaces in the borough,” Somerville Mayor Brian G. Gallagher said in a statement. “The redevelopment will also bring a number of other non-environmental benefits to the borough and contribute to improving the quality of life for all in Somerville, while also making a significant economic impact regionally.” Somerville is also thinking of the future when the ARC Tunnel project is complete, and when the trip to midtown Manhattan will entail a one-seat rather than two-seat ride.

Somerville officials hope the BDA designation will help the borough realize a transformation of the former landfill, spanning from the Somerville Station to the Raritan River, into a community asset comprised of 45,000 square feet of retail space, up to 185,000 square feet of commercial and office space, 1,200 residential units, and 40 acres of green space.

Instead of holding out for one developer to show interest in the space—particularly in today’s shaky economic climate—Somerville and NJ TRANSIT are working to reduce the risk of the project through remediation of the site’s pollution by the public sector, and are planning to subdivide the property to allow several developers to build simultaneously. The public sector will also investigate ways to complete some infrastructure themselves such as nearby roadways, and installing proper sewer systems under the site.

In March 2009, the NJ TRANSIT Board awarded a $15.3 million contract to Terminal Construction Corp. of Wood-Ridge to complete updates to the Somerville Station. Work, which includes upgrades to platforms, a climate-controlled waiting room with a ticket office and restrooms, new security cameras and Ticket Vending Machines, among other items, is scheduled to be completed by the end of 2010. That timeline is still in effect, and work is being done “very quickly,” said Colin Driver, Somerville’s economic development director.

The BDA designation comes with a $5 million grant from the DEP to conduct environmental testing on the area; the town could also be eligible for $5 million annually from DEP’s Hazardous Discharge Site Remediation Fund (HDSRF) for further investigation, remediation and/or cleanup once the extent of contamination is determined. That money is in addition to $2.1 million in DEP funds to be used for preliminary investigations by Geosyntec Consultants and the Whitman Company, the borough’s environmental consulting team. The remedial investigation is expected to take nine to 12 months to complete, and will include environmental sampling, determining sources of groundwater contamination, and other activities. Total remediation costs could reach $20 million.

“[The State] believe[s] that everything we’re doing conforms to the principles of smart growth—that we’ve involved the community in our planning, that the plan we’ve put forth and adopted is a well-balanced, well thought-out plan and all the other elements that that requires,” explained Driver. “And it recognizes that there’s an environmentally challenged piece of property or numbers of properties that require assistance.”

“The redevelopment plan focuses on the connectivity between the existing main street and that area immediately surrounding the station. There’s a tremendous amount of moving parts to that,” Driver explained. Those parts involve eventual construction of a new street leading toward the railway tracks, construction of a pedestrian and vehicle tunnel under the tracks leading to the train station, and upgrading of sidewalks on South Bridge Street leading up to Main Street, allowing good pedestrian access to both the station and the Main Street area, for local residents or for visitors parking at either location.

“We envisage there will be retail, public spaces, and residential all within that area,” Driver said. “It has to be pedestrian friendly in every way.”

Somerville officials are also working with the owner of the Landmark Center area, a 14-acre site on Main Street and former shopping center, originally built up in the 1970s as a federal urban renewal project. It is now an empty lot, but Driver said its redevelopment is “probably as equally important as a TOD concept as the landfill.” Many residents want a supermarket on the site.

Downtown Somerville, the Borough’s Main Street organization, received $600,000 in a FY09 Downtown Business Improvement Loan Fund, plus $1.2 million to improve four major nearby shopping lots and pedestrian areas that connect to the Somerville Station. Those projects are in the planning stages.

Who in New Jersey Lives Near Transit?

December 31, 2010 Steph_Admin Comments Off on Who in New Jersey Lives Near Transit?