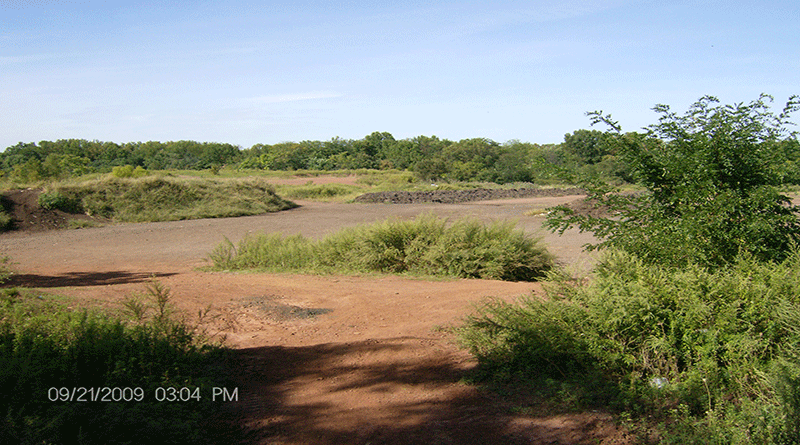 Redevelopment plans for the 160-acre former landfill site near Somerville Borough’s Raritan Valley Line station have been delayed, a victim of today’s economic uncertainty, despite ongoing station rehabilitation work by NJ TRANSIT and other planned improvements to the borough’s downtown.

Plans for the landfill followed a two-year public process to establish a vision for the property’s reuse and its integration into the downtown. In late 2007, the borough adopted the Landfill Redevelopment Plan, calling for a mix of commercial and residential development and open space. In March 2008, Somerville issued an RFQ/P seeking development partners. That request yielded a single response by a partnership led by Pulte Homes. As a result, a second request for qualifications was issued and in September 2008 the borough received responses from four firms. In addition, Somerset County Business Partnership also proposed a limited development on the corner of the property for office use.

Somerville had expected to complete interviews and award the contract by March 2009. However, none of the interested firms chose to proceed, citing an inability to access capital and uncertainties regarding required infrastructure and site remediation. Facing inaction from private developers, Somerville plans to keep the project moving by improving roughly 45 acres of the former landfill site for open space and recreational areas through environmental remediation and infrastructure improvements. To this end, Somerville has applied to the NJ Department of Environmental Protection for designation of the former landfill as a Brownfield Development Area (BDA.) The hope is that these improvements and the station project will dispel some of the developers’ perceptions of uncertainty and allow Somerville to divide the redevelopment area into several smaller projects.

Meanwhile, the station improvement project reached a milestone in March when the NJ TRANSIT Board of Directors awarded a $15.3 million contract to Terminal Construction Co. of Wood-Ridge to complete planned upgrades to the station. One of the project’s objectives is to meet ADA requirements, as Somerville is the last of 35 key stations to receive accessibility upgrades. Upgrades include a pair of 710-foot long high-level platforms with canopies, two new elevator cabs, a climate-controlled waiting room on the inbound platform with a ticket office and restrooms, heated platform shelters, ramps, stairs and a head house for the pedestrian tunnel entrance. Existing facilities, such as the elevator shafts, the pedestrian tunnel, tunnel stairs and exterior stairs to South Bridge Street will be rehabilitated. Other additions include security cameras, two new Ticket Vending Machines (TVMs) and LCD and LED signs. Work is scheduled to be completed by the end of 2010.

The borough is continuing its efforts to improve its pedestrian environment and connections to its rail station. Downtown Somerville, the borough’s Main Street organization, was named the only recipient of state funds through the Downtown Business Improvement Zone Loan Fund for FY09. The $600,000, zero interest loan will leverage an additional $1.2+ million and enable Downtown Somerville to improve the borough’s pedestrian gateways as well as four major shopping lots. This effort will increase lighting and facilitate pedestrian connections to the Somerville Station as well as improve parking management and circulation throughout the downtown.